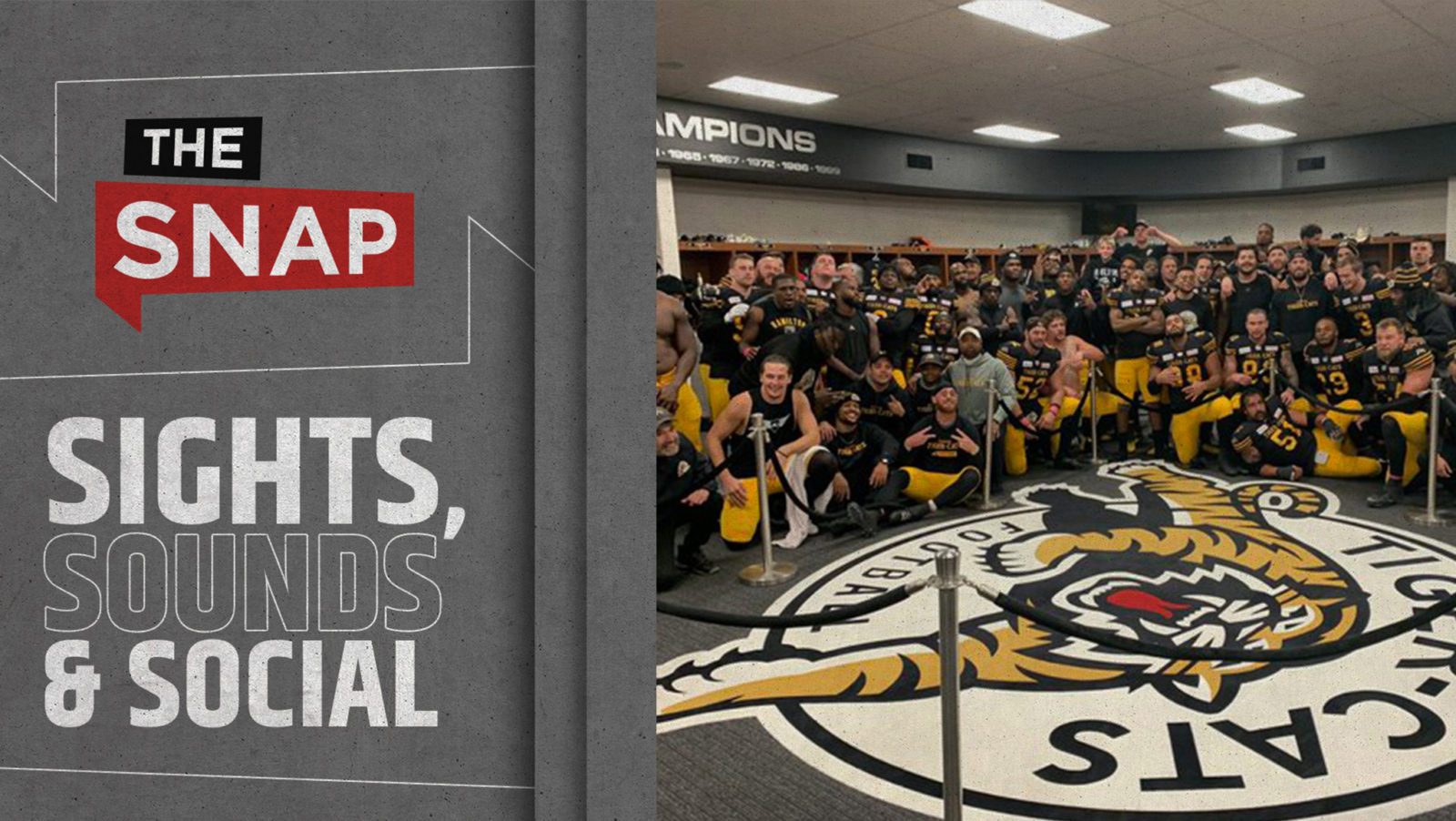 Week 19 had a little bit of everything; some fun community involvement with the Riders, a white-out night in BC and a great afternoon of recognition for some current Alouettes at their U SPORTS alma later Laval.

It began in Montreal, where the Als downed the visiting Argos to improve to 9-7 on the year.

Thank You to the fans and the city of Montreal. We got something special. Let’s keep it going ❤️💙 https://t.co/GpvUy3sTAV

The back end of Friday’s doubleheader was white-out night at BC Place, and the Leos came out in some scary masks.

Took some notes from @casti317 on how to do a Introduction

The Riders ran away with it in the second half, cruising to a comfortable 27-19 win that flattered the hosts, and Kyran Moore is just the biggest ball of energy ever.

Saturday afternoon saw the Ticats drop Ottawa by 21 points for a Hamilton franchise-record 13th win on the year.

Saturday’s late game pitted Calgary against Winnipeg in a crucial West Division clash; the Stamps pulled out the victory, 37-33.

Veteran Calgary defensive back Brandon Smith announced following the game that 2019 will be his final season. His present and past teammates promptly took to Twitter to salute the three-time Grey Cup champion.

One of the greatest players I ever shared a lockeroom with, proud to say I got to play on the same field as you. Thanks for everything 🐐 https://t.co/64ZWmhxHSs

What an honor to play along side a guy like Smitty. He taught me so much about the Canadian game but also enhanced me as a person. It’s awesome when you can have older peers to look up to like him. #salute my friend. Let’s win this Cup! https://t.co/8w83P4Oymu

My guy! Proud to call this man one of my best friends! Incredible career can’t wait to be there the day he goes up on the wall 🐐🙌🏻 https://t.co/qeA7cTcOVX

Fresh off their road win, the Riders were out in the community in force at a punt, pass, kick event!

And then my other son gets to meet @sskroughriders Jon Ryan, Cody Fajardo and Brett Lauther @RYFFL’s pass, punt and kick competition today. Pretty cool that these guys show up for stuff like this. pic.twitter.com/wnCV04fwPU

Following their win at home, a number of Alouettes player returned to their alma mater Laval to be honoured by the Rouge et Or football program.