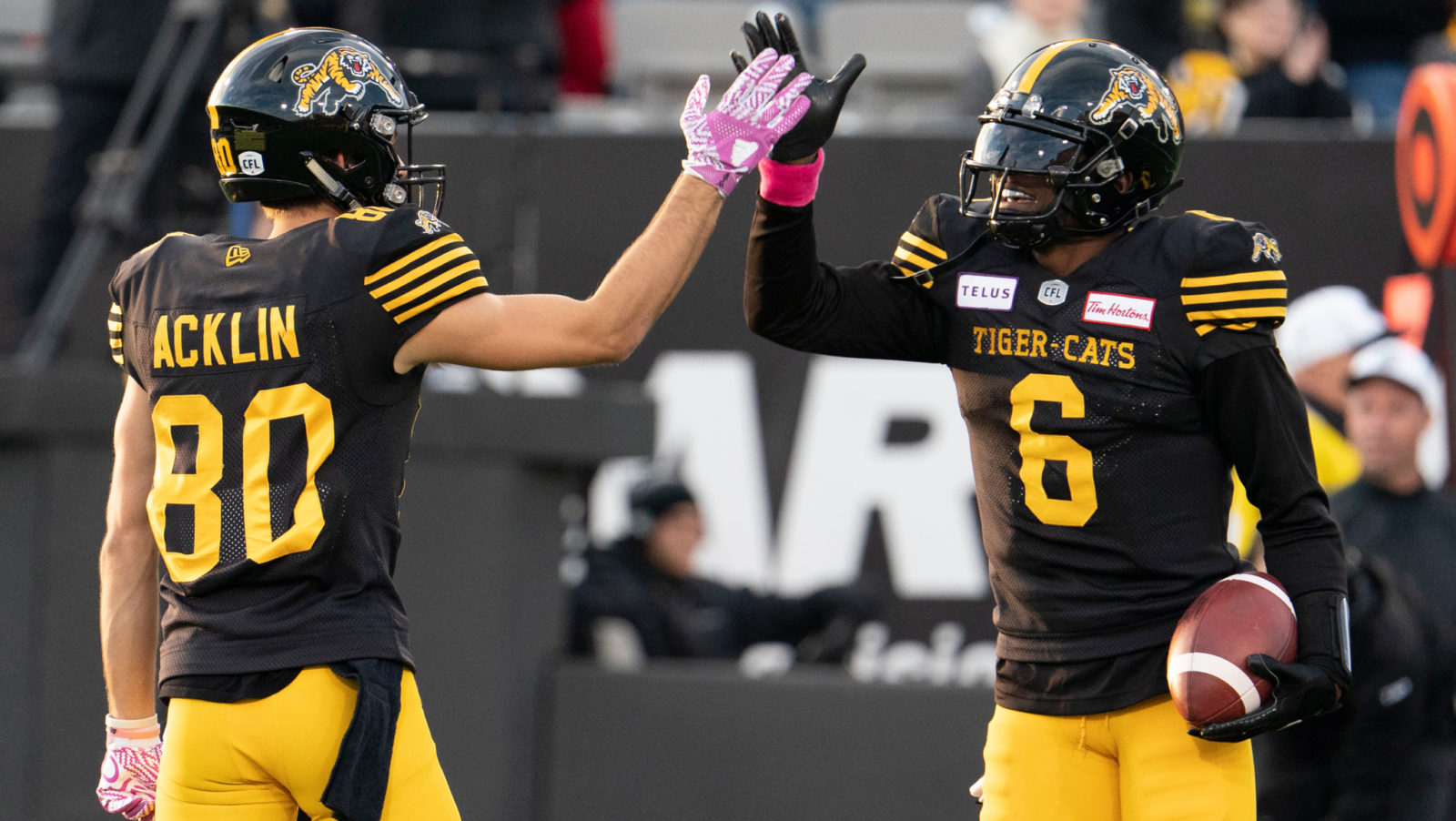 The Hamilton Tiger-Cats have existed in their current form for almost 70 years. Since their inception in 1950, the Ticats have won eight Grey Cup titles and appeared in 12 other championship games. Through all that, though, Hamilton has never won more than 12 games in a single season. Until 2019, that is.

Saturday’s 33-12 win over Ottawa lifted the Tiger-Cats to 13-3 and established a new single-season franchise mark for wins with two games remaining. It’s a noteworthy accomplishment, for sure, but it’s made even more impressive by one simple fact: this wasn’t supposed to be their year.

Remember how Hamilton’s offence was going to struggle this season? That was the sentiment of some, anyway, when June Jones decided to step away as the team’s offensive coordinator and associate head coach a month before the start of the season.

After all, it was under Jones, then the head coach, the Ticats became an offensive powerhouse in 2018. It was under Jones we saw Jeremiah Masoli turn into a Most Outstanding Player candidate. Losing one of the most respected offensive minds in football history was a huge loss for Hamilton.

So, in steps new OC Tommy Condell with huge shoes to fill with a month to go before the regular season. Well, it’s safe to say he’s done just that. With two weeks to remaining, the Ticats lead the CFL in points per game (25.8) and total points scored (413). That’s a pretty convincing way to replace a legend.

But wait, how was Hamilton going to stay afloat with the loss of the aforementioned Masoli? The defending East Division MOP was just starting to find his groove when he went down with a season-ending knee injury in Week 7. For most teams, the loss of a player like Masoli would be an indication that maybe this isn’t their year. Apparently the Tiger-Cats didn’t get that memo.

Dane Evans was steady, but not spectacular, in his early starts replacing Masoli. But, after a pedestrian introduction to the top of the depth chart, Evans has come out of his shell. After 452 yards passing against Ottawa in Week 19, Evans has thrown for 336 or more in five of his last six games.

During that span, Evans has thrown 12 touchdown passes while helping his team to a 5-1 record. Overall, Hamilton is now 8-2 with Evans as their starter and his success has opened up a fascinating off-season conversation. For now, though, Evans has done an outstanding job in, once again, filling very big shoes.

While Condell and Evans are the two biggest examples of Hamilton overcoming the odds, they aren’t the only ones. Questions surrounded Brandon Banks entering 2019 after his season was cut short last year in Week 19. Could he be the same dominant receiver coming back from a broken clavicle?

The answer has been, of course, a resounding yes. Banks is in the midst of a second straight incredible season. Saturday saw him hit triple digits in receptions for the first time in his career, which is significant. With 101 catches right now, Banks has a decent shot of cracking the top ten for pass receptions in a single season. Any of those doubts heading into this season were clearly unfounded.

No one inside that Ticats’ locker room is going to suggest getting to 13 wins is the end goal. The same is true if they hit 14 or 15 by the end of the season. No, all that Hamilton cares about is winning a ninth Grey Cup title, which is the way it should be.

Still, from the outside, the Tiger-Cats deserve a tip of the hat for their best regular season in franchise history. This wasn’t supposed to happen, right?

One of the best

Adarius Bowman officially retired from professional football this past week, which puts the wraps on an outstanding career. Bowman retires as one of the most dominant CFL receivers in recent memory and deserves a little love as he hangs ‘em up.

We knew this guy had talent coming out of Oklahoma State, but before he could start torching opposing backfields in green and gold, Bowman had to take his lumps. His early years in Saskatchewan and Winnipeg were marred with dropped passes, which eventually led to his release from the latter in 2010.

His dismissal from the Bombers was a gift for the Edmonton Eskimos, though, Bowman addressed a problem, committed to fixing it, and never really looked back. Upon arriving in Edmonton, everything changed. What followed is some of the most dominant work at his position this decade.

Bowman went over 1,000 yards four times with the Eskimos, including a three-year span between 2014 and 2016. During that stretch, Bowman led the CFL in receiving twice and finished second to Calgary’s Eric Rogers in the other. 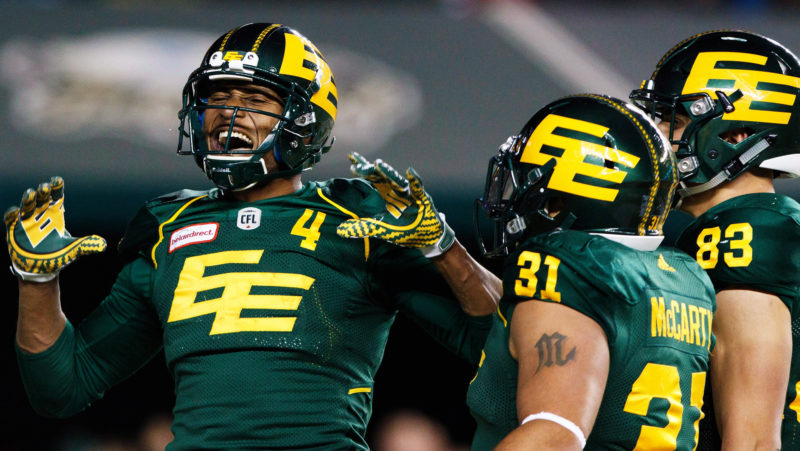 Bowman’s 2016 campaign is the one that jumps off the page. His 1,761 receiving yards is the 11th highest total in league history and is second only to Montreal’s Jamel Richardson (1,777 in 2011) for the top mark this decade.

But the crowning achievement for Bowman came one season earlier, on November 29th, 2015. On that night in Winnipeg, quarterback Mike Reilly hit Bowman for a 23-yard touchdown reception late in the fourth quarter. It was one of the biggest plays of the 103rd Grey Cup and was instrumental in helping Edmonton to a 26-20 win over Ottawa.

I’ll remember Bowman as one of the most dominant receivers in recent CFL memory. That’s pretty good for a guy once deemed unreliable.

Week 20 should be a ton of fun. The battle for West Division seeding is going right down to the wire with Calgary, Saskatchewan, and Winnipeg. While it’s almost assured the Stamps and Riders will each host a playoff game, we aren’t sure which one. As for the Bombers, they want to finish strong and avenge a tough 37-33 loss to Calgary on Saturday night.

Friday night sees a Stamps and Blue Bombers rematch in the latter’s regular season finale. You can bet Calgary will be as engaged as ever with fist place still on the line. At 11-5, the Stamps are tied with the Riders, who just happen to finish their season with a home-and-home set with Edmonton.

The Eskimos are in an interesting spot. They know they’ll be traveling to Montreal for the Eastern Semi-Final, so everything Edmonton does in their final two games is based on preparing for that. I’m curious to see what type of roster the Esks roll out in their final two against the Riders.

Finally, we’ve got a really good matchup between the top two teams in the East that could very well be a playoff preview. Montreal hosts Hamilton on Saturday afternoon, and I’m curious how each team will approach it. Neither group can move from their spot in the standings, and neither group will want to show too much in the event of a playoff meeting in the near future.

Buckle up, it should be an outstanding penultimate weekend of the regular season.