Cauz: Forget the QBs, Brandon Banks has my MOP vote 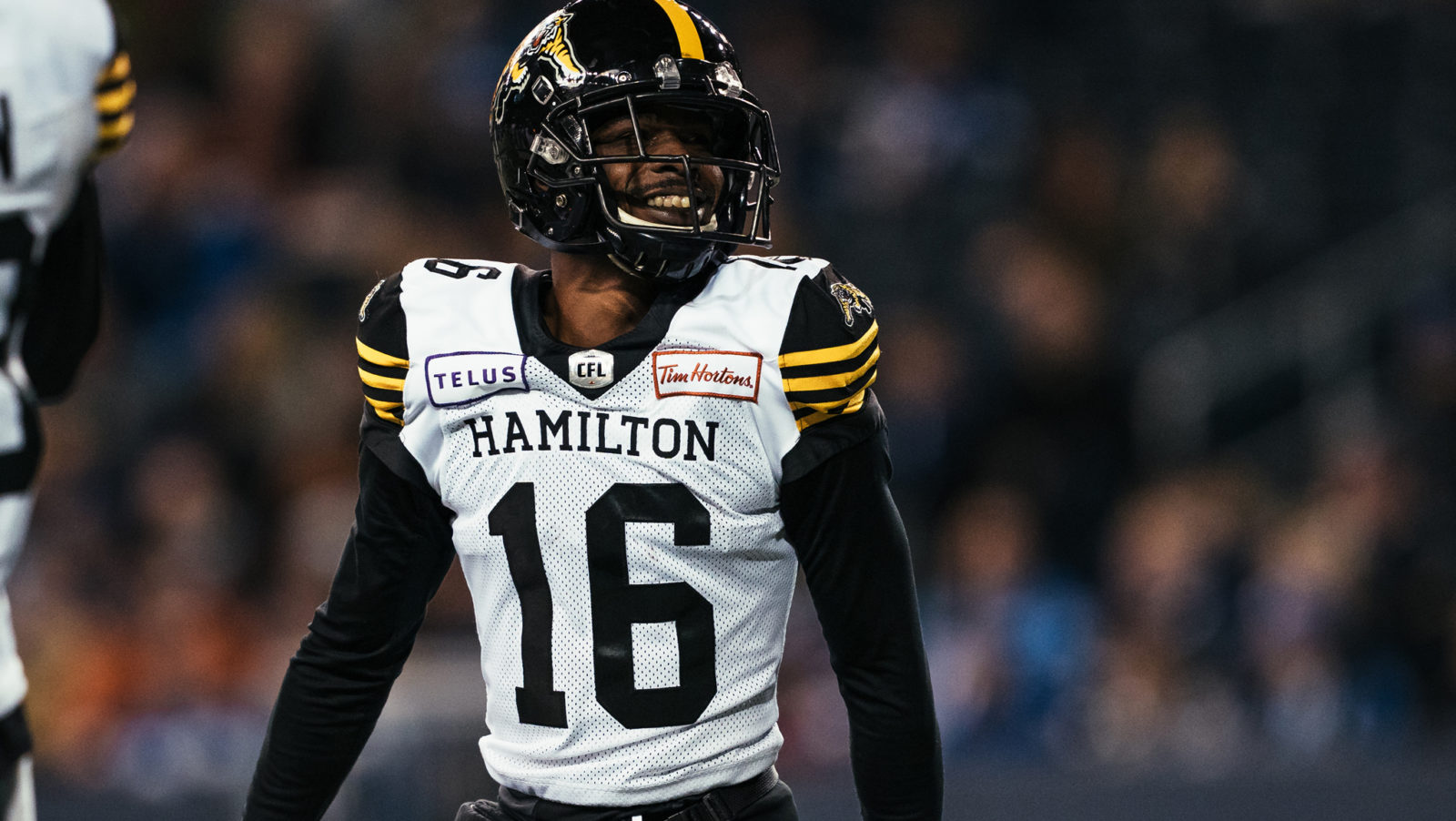 Cauz: Forget the QBs, Brandon Banks has my MOP vote

On Monday, as I stepped into the voting booth, I was kind of hoping for two different sets of ballots. One for our next Prime Minister and one for the 2019 CFL Most Outstanding Player award winner. All right, one of these of these decisions may be slightly more important (I voted for Kodos), but on the football front we are also going to see something that hasn’t happened since 2014: a quarterback will not win the MOP. If I had a vote I would give my full support to Hamilton Tiger-Cats wide receiver Brandon Banks.

For a non-quarterback to win this award a great deal has to go right. In the past 20 years only five players who do not identify as “passers” have walked away with the hardware. Usually it comes in what is considered a down season for quarterbacks, usually due to wide spread injuries and a transition from veterans to youth. That certainly played a role in 2014 when Solomon Elimimian won as a member of the BC Lions. Before I continue, a massive hat tip to Elimimian for winning an award that is never given to a defensive player.

In other cases, it goes to a skill position player who put up gaudy numbers on a winning team. Jon Cornish (2013) averaged a ridiculous seven yards per carry, leading the league with 1,813 yards on the ground. Chad Owens (2012) was at his peak as a receiver and a terror in all forms of the return game for the Grey Cup winning Argonauts. Speaking of the Grey Cup, the 2006 BC Lions won it all with Geroy Simon having more than 1,200 receiving yards than the next leading wideout on the BC Lions’ roster. 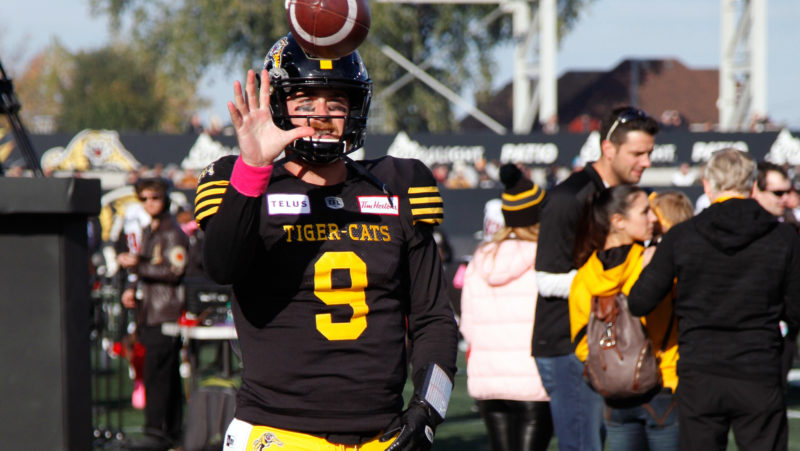 Dane Evans warms up before a Week 19 matchup vs. the Ottawa REDBLACKS (Shannon Vizniowski/CFL.ca)

Which brings me back to Brandon Banks and his case for the MOP. I’ll get to some of his impressive numbers in a moment, but when I think about the year that Banks has had my first thought is of Jeremiah Masoli. When Masoli went down in Week 7 against Winnipeg, most people downgraded the Tiger-Cats, and rightfully so as Masoli was the best quarterback in the East in 2018. Most of us knew Hamilton could still win — this is a team loaded with talent — but to go from Masoli to a relative unknown in Dane Evans looked like a significant step back. Sure, they could manage to get to double digit wins, but the ceiling of the team had fallen, or so we thought. Unless you are a Tulsa football program enthusiast or an employee of TSN 1150 in Hamilton, you had very little idea who Dane Evans was. The week after Masoli was lost for the season, the Tabbies would lose 24-19 to Saskatchewan with Evans throwing for under 200 yards. Since that setback, Hamilton has gone 8-1 and owns the league’s best record.

You know who also missed that Roughriders game? Brandon Banks, but really that was such an easy question for me to throw out as this column is about him. Brandon has been on the field for only two losses and the last time he tasted defeat was in Calgary, a one point loss where Banks put up 124 yards from scrimmage and a touchdown. When I think about Banks’ MOP case there are a lot of statistics that stick out. He’s the only player to hit triple digits in receptions (101), he’s tied for the league lead in receiving touchdowns (10) and is second to Bryan Burnham in receiving yardage but has played one fewer game. I haven’t even mentioned the two missed field goal return touchdowns, which he accomplished on just five returns. But the one number that stands out above all others is yards after catch, or “YAC” yards; Brandon is leading all other players.

This is where I go from a statistical breakdown to more of the eye test. It takes a village to raise an inexperienced quarterback and Hamilton had many helpful villagers, none more so than Brandon Banks. I don’t know how many times Banks would catch a shallow crossing pattern pass and turn a modest gain into a first down. So many times it would be Banks turning a short throw into a big completion.

1. Dane Evans is a 25-year-old quarterback with 42 pass attempts to his name coming into this year.

2. He was pushed into the starter’s job because of injury.

3. The Hamilton Tiger-Cats have scored the most points and have gained the most offensive yards.

Just looking at all this you have to give a ton of credit to the coaching staff for putting Evans in a position to succeed. The offensive line has more than done their job and Bralon Addison would be a bigger star if Banks did not cast such an impressive shadow. Banks’ ability to break tackles, to make guys miss to create separation between himself and his defender has been vital to the growth and effectiveness of Evans. I don’t think it is an exaggeration to say that Banks makes the passing game go. Usually it is the quarterback who is credited first but in Hamilton it’s the receiver.

Just go back to the Tiger-Cats’ 33-12 win over Ottawa. The nail in the coffin score was Brandon’s 60-yard touchdown near the end of the third quarter, turning a one score game into a 26-12 laugher. The throw is a good one but the tiny route adjustment by Banks is better as he manages to get free from Corey Tindal as he corrals a 28-yard throw and races the final 32 yards untouched as Hamilton sets a franchise record with their 13th win. Banks would finish the day with more receiving yards than Ottawa’s Will Arndt had passing.

So in the end the choice is actually quite easy. Yes, the injuries at the quarterback position this year have helped Banks. But in the end I’m going with the best player, who is the lynch pin of the CFL’s most effective passing attack on the league’s best team. When you say that last sentence out loud how can you vote for anyone else? 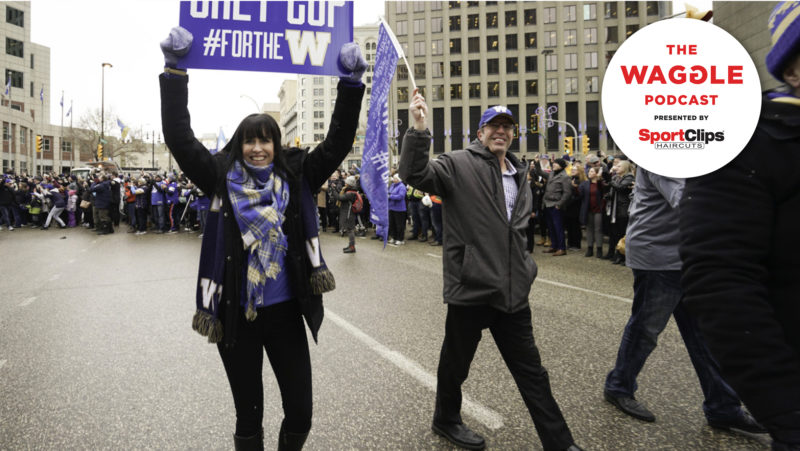