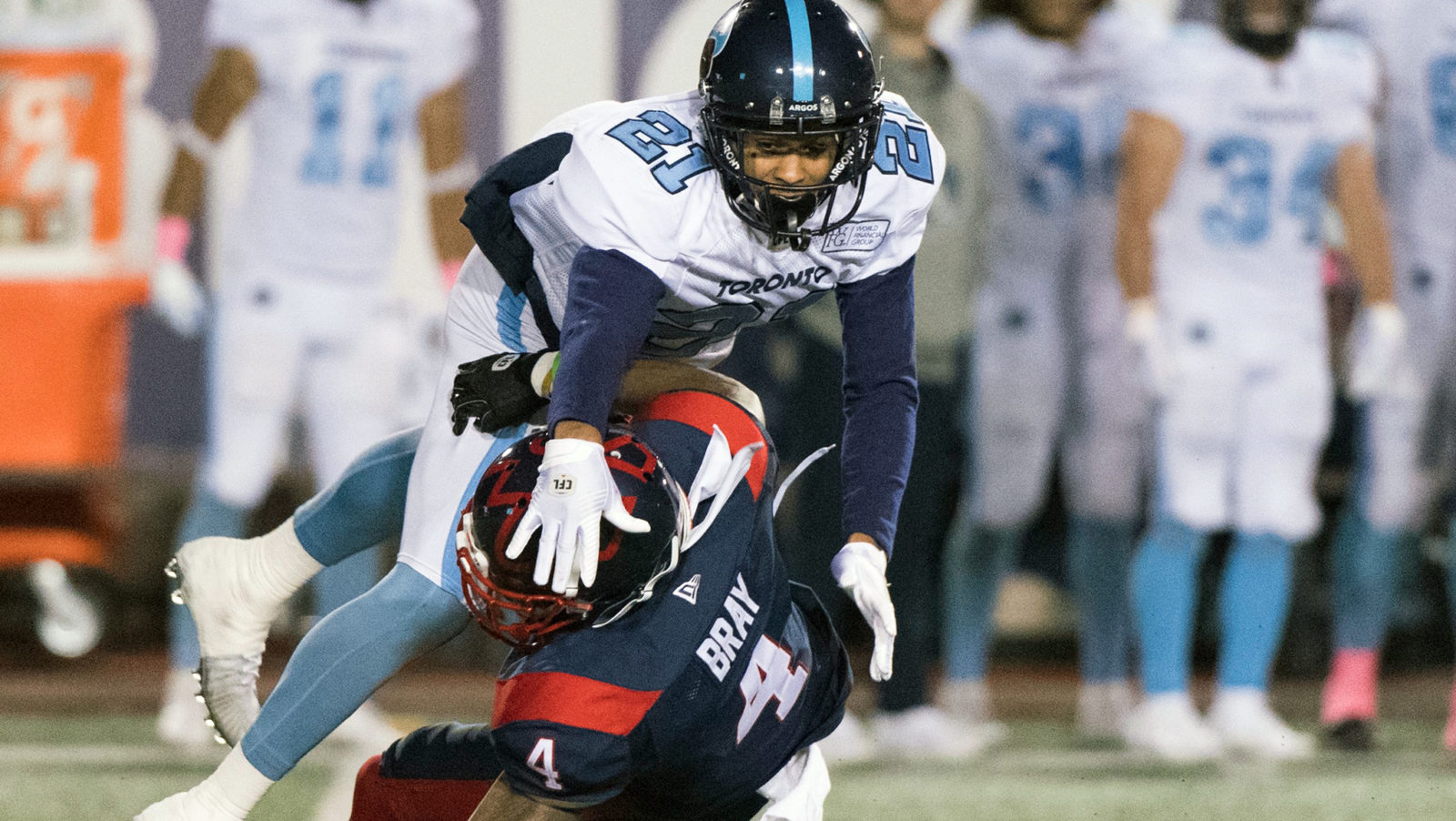 TORONTO — As the Ticats, Stampeders and Roughriders separate from the pack, three Canadian Football League teams have their sights on 2020.

Toronto, Ottawa and BC will not play in the post-season this year, but there’s still plenty to play for over the final two weeks.

For the Argos, the last two weeks — including a last-second loss to Montreal — may have given newly hired general manager Michael ‘Pinball’ Clemons something to look forward to.

The Lions, led by MOP candidate Bryan Burnham, are trying to build on the promising momentum sustained before Mike Reilly‘s season-ending injury.

And in the nation’s capital, Rick Campbell looks for a long-term answer at quarterback after Jonathon Jennings, Dominique Davis and Will Arndt have struggled.

Now that the Ticats have set a franchise record for wins, it’s time to focus on the post-season. Orlondo Steinauer will have to toe the delicate line between rest and rust as his team prepares for the Eastern Final on Nov. 17. Whatever the case, the road to the Grey Cup goes through Hamilton.

Since Labour Day the Stampeders have averaged just 58.3 rushing yards per game and failed to break the century mark on the ground. Still, they’re winning, and Bo Levi Mitchell has been a big reason why, along with a defence that just held Chris Streveler to 134 yards and two interceptions.

The Riders added six more sacks to their total against BC, upping their league lead to 53 on the season. Defensive coordinator Jason Shivers had big shoes to fill after the departure of Chris Jones, but so far he’s looked the part, leading one of the CFL’s most impressive defences.

Saturday’s loss marked four consecutive starts for Chris Streveler with two interceptions and fewer than eight yards per attempt. Could Zach Collaros spark a struggling offence? With losses in five of their last seven, Mike O’Shea and the Bombers may look to find out soon.

A win over the Argos ensured the Alouettes will finish at least .500 this season. Khari Jones is a coach of the year candidate, the fan base is invigorated and Vernon Adams Jr. leads one of the CFL’s most exciting offences. Things are really looking up in Montreal.

Esks fans received some good news off the bye week as Trevor Harris was activated from the six-game injured list. The Eskimos were a contender with a healthy Harris at quarterback, and could make some noise in the East as the crossover team.

Chandler Worthy might be a player the Argos look to keep around in 2020. Same with McLeod Bethel-Thompson, who could finish the season as the CFL’s leader in both touchdowns and passing yards. It’s all about evaluation from here on out for the Boatmen.

Clearly the Lions’ hopes rest on a healthy Mike Reilly next season. With that said, Ed Hervey’s biggest priority over the winter should be the offensive line and receivers. Some help for Reilly and leading receiver Bryan Burnham could make BC a contender.

Quarterback play continues to plague the REDBLACKS, who have now lost 13 of their last 14 games, including nine in a row. After a tough off-season that saw the departure of several core players, there are more questions than answers in the nation’s capital.