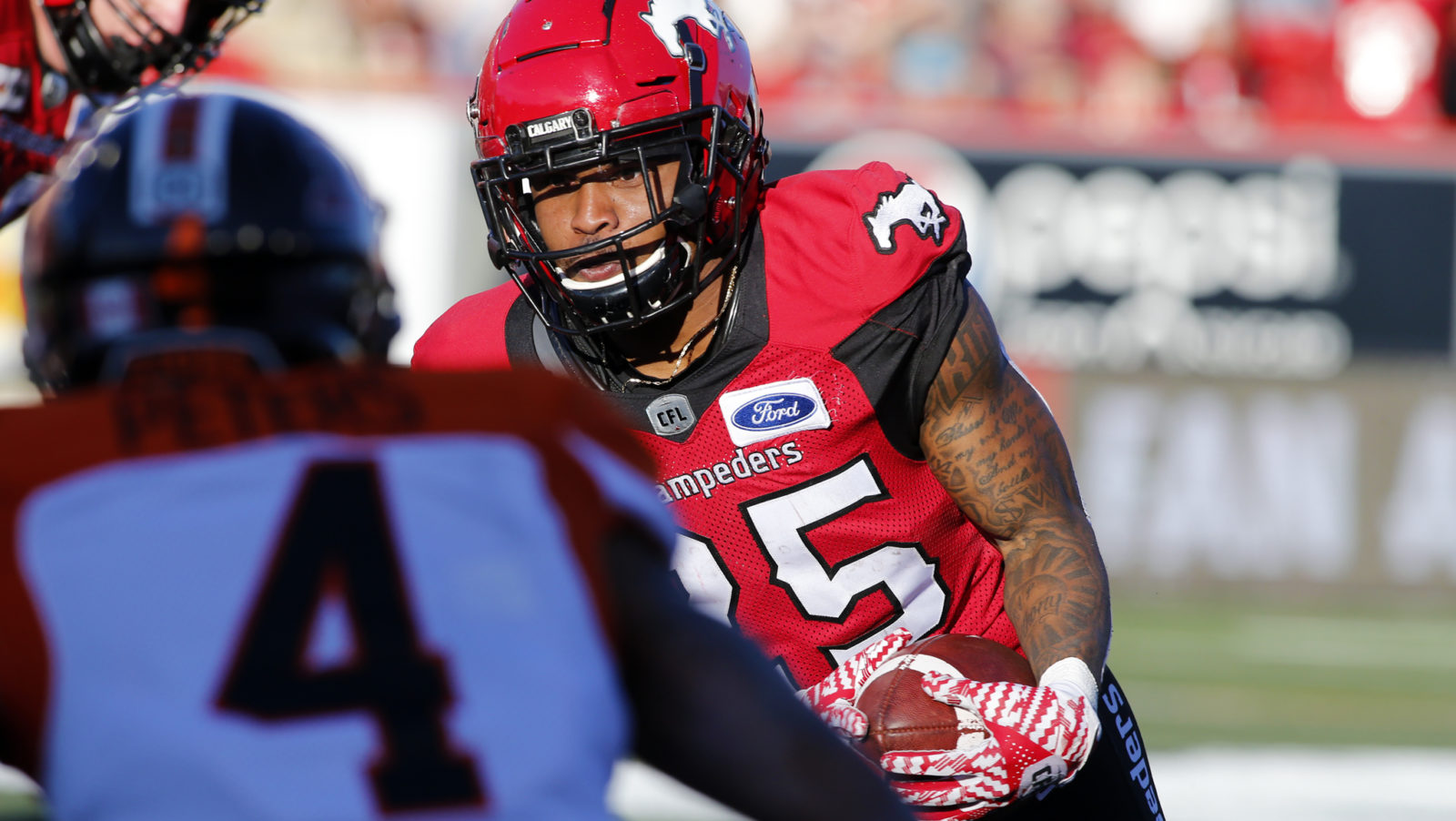 CALGARY — The Calgary Stampeders got two key contributors back at practice on Tuesday.

Defensive back Tre Roberson and running back Don Jackson both returned to the practice field, according to the Calgary Sun’s Danny Austin, who added that veteran linebacker Cordarro Law was not one of the participants.

Tre Roberson back at practice for the Stampeders.
Don Jackson, too.

Both Roberson and Jackson missed the team’s Week 19 game against the Winnipeg Blue Bombers after being placed on the one-game injured list.

Roberson has been one of the standout leaders on the Stamps’ defence all season. The 26-year-old has 40 tackles, a career-high seven interceptions, two of which he’s taken back to the end zone.

Jackson, 26, has been in and out of the lineup this season while dealing with injuries. In five outings this season, he’s rushed for 208 yards and scored a pair of touchdowns on 48 carries.

Law currently has 41 tackles, 10 sacks, and a pair of forced fumbles in 16 games this season. The 31-year-old is in his fifth CFL season, all spent as a member of the Stampeders.

The Stamps will travel to IG Field on Friday to face the Winnipeg Blue Bombers in the second half of their back-to-back. The teams will kick-off at 8:30 p.m. ET.