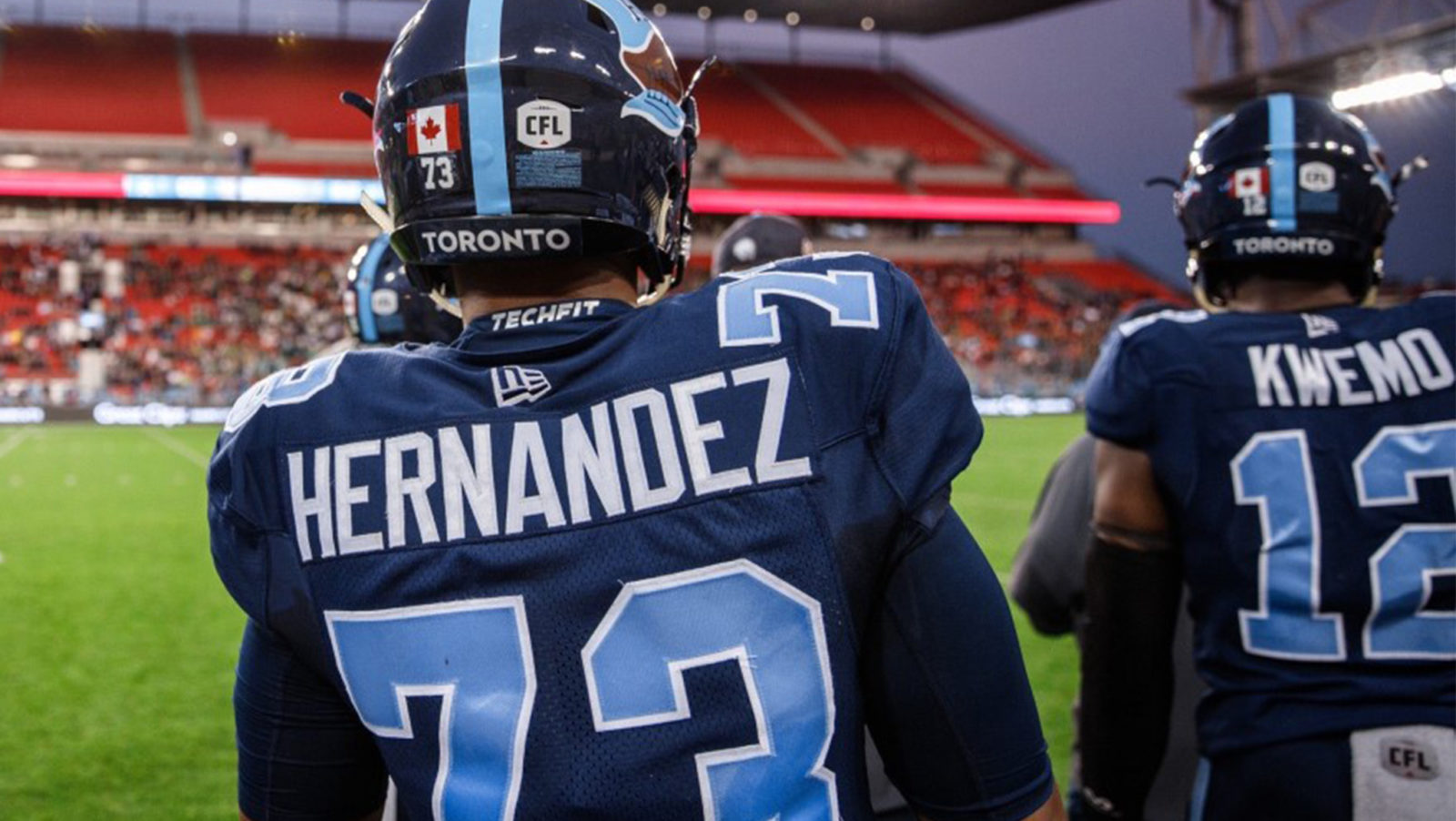 Look past S.J. Green and his milestone night media scrum.

Beyond James Wilder Jr. high-stepping his way to the equipment manager’s cubby.

Towards the back of the Toronto Argonauts locker room is the Mexican corner.

There, linebacker Christian Hernandez is getting changed alongside countryman and Argos practice squad member Jose Casarrubias. The two earned their chances in Toronto this season through the CFL 2.0 global strategy, and form part of the first class of Mexican players to come to Canada in pursuit of a football dream.

“It’s a big responsibility,” reflected Hernandez, a product of the LFA’s Fundidores by way of a college career with the UANL Autenticos Tigres. “To represent Mexico here, outside the country, is important. We put in good work, and that’s why we’re here.”

It’s mid October, and the Argonauts’ hearts are still pumping following a 33-12 win over the visiting REDBLACKS as Hernandez chats at his locker.

“It’s tough to put the experience into words,” admitted Hernandez, who the Argos selected in the third round of this year’s inaugural CFL-LFA Draft. “The stadium is loud from the beginning of the game to the end, there’s so many people and cameras. It’s crazy.”

While there was a definite learning adjustment off the hop, the 27 year-old has settled into the rhythm of professional Canadian football and dressed in each of the Argos’ last five games.

“We’ve been putting in the hard work with the coaches every week and getting better,” explained the 6-foot, 232-lb. global player, who led Mexico’s LFA in tackles over the past two seasons. “Being able to go to work on football every day has helped us improve, just being on the field and getting reps I know I’m improving.” 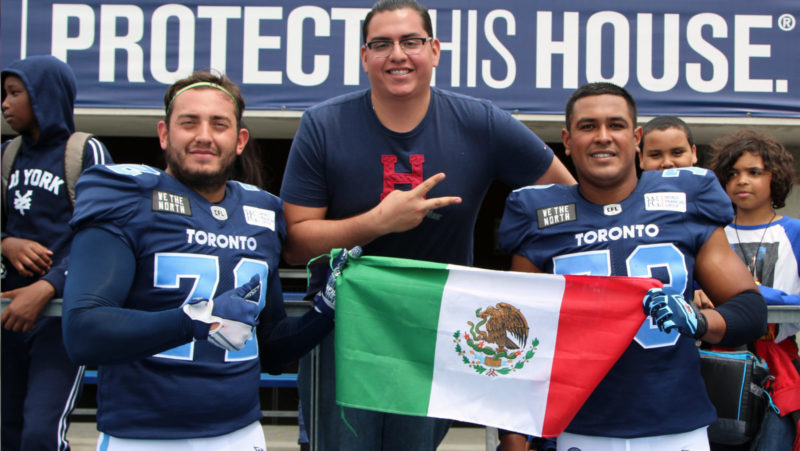 Hernandez and the rest of the Mexicans in the league — players like Ottawa’s Guillermo Villalobos, BC’s Fernando Richarte, etc. — keep in touch regularly.

“We talk week to week (about) how it’s going, how’s the locker room, are you playing this week,” he explains. “We’re a strong group and cheer each other on.”

Canada’s largest city is a long way from Monterrey, where Hernandez has spent his entire football career, and the global player has taken the time to discover all the 6ix has to offer.

“Toronto is a beautiful city,” he said. “People across the city treat you well (and) are super friendly.

“The relationships with the coaches and staff, like the city, are awesome. It’s just a beautiful experience.”

In Spanish, the verb aprovechar roughly equates to seize an opportunity.

Regardless of what the future holds, Christian Hernandez and the other Mexican players forming the first wave of CFL global players están aprovechando — are making the most of — their collective football opportunity in Canada.