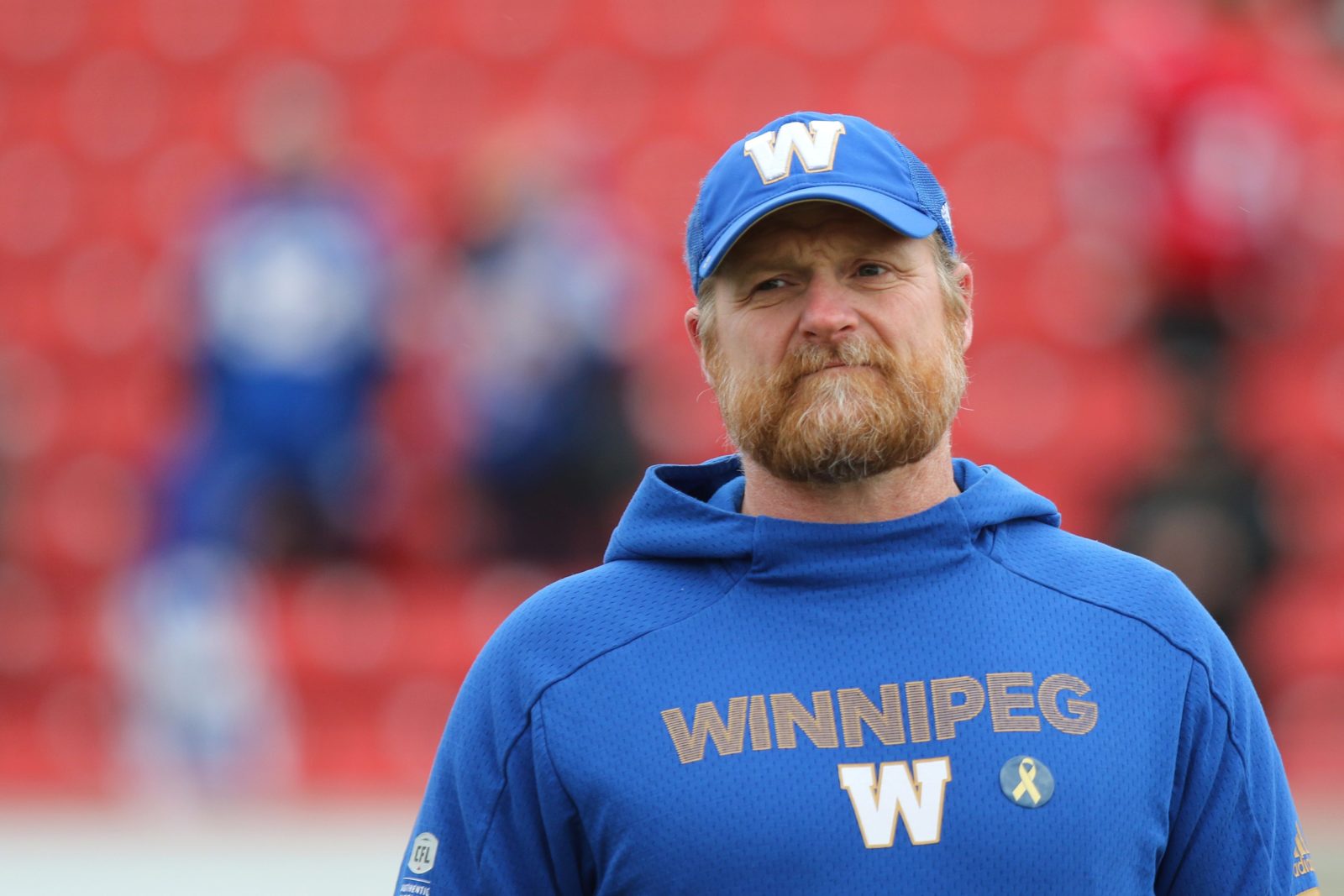 WINNIPEG — Heading into their final game of the season, Winnipeg Blue Bombers head coach Mike O’Shea didn’t tip his hand as to whom he’s leaning towards naming the starter for Friday’s game against the Calgary Stampeders.

Starting pivot Chris Streveler did not practice on Tuesday, and following practice on Wednesday, O’Shea declined to comment on the status of the 24-year-old.

Streveler had a visible limp during the Bombers’ Week 19 game against the Calgary Stampeders. The 24-year-old was filling in for starter Matt Nichols, who was ruled out for the remainder of the 2019 campaign after undergoing shoulder surgery back in September.

Through 17 games this season, Streveler threw for 1,564 yards and eight touchdowns while adding 726 rushing yards and an additional 12 majors on 127 carries.

The 31-year-old has been out of action since Week 1 after he suffered an injury on the first possession of the season while with the Saskatchewan Roughriders. The veteran pivot was shipped to Toronto in a trade and then flipped to Winnipeg ahead of the league’s trade deadline on Oct. 9.

“It’s basically been an offseason for me,” Collaros said of his 2019 campaign on Tuesday. “These last two or three days of being able to put the shoulder pads and helmet on and just going out there and being in the huddle with the guys — throwing a dig on time, throwing a comeback on time.

“All those little things that will go away when you’re done playing, you’ve still got to cherish those things and it’s a lot of fun.”

The Bombers and Stamps kick off Week 20 action on Friday at IG Field. Kick-off is slated for 8:30 p.m. ET.