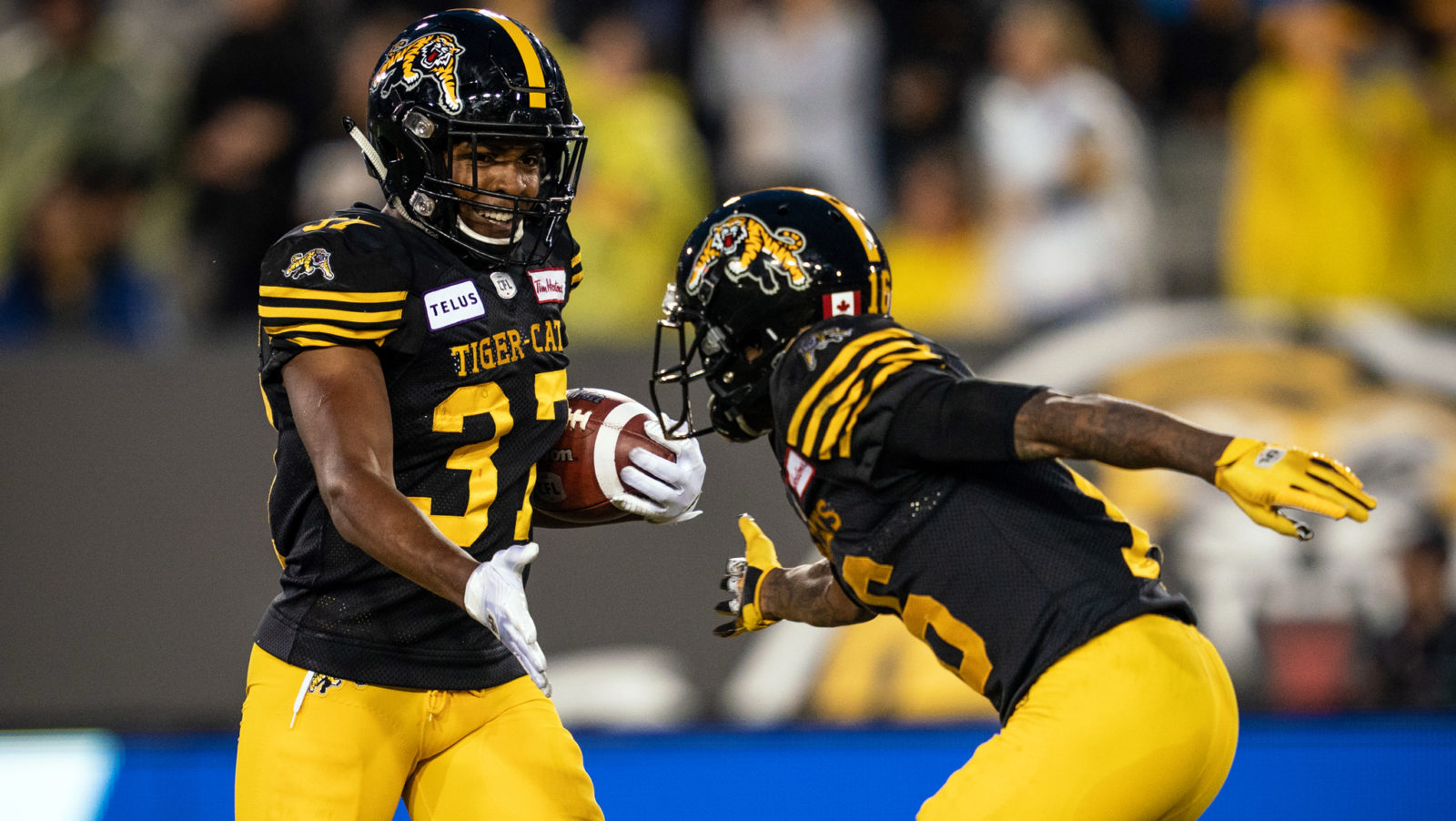 OK, the powers that be here on cfl.ca have once again asked me to embarrass myself by giving some post-season predictions.

While my crystal ball may be a bit fuzzy and sometimes I question if I’m just staring into a shiny bowling ball, I do have some things I believe we’re about to see when the playoffs begin in November.

If the playoffs started today, it would be the Winnipeg Blue Bombers and the Saskatchewan Roughriders at Mosaic Stadium in the Western Semi-Final for the second straight year. This year, it’s the Bombers who will have the quarterback drama rather than the back and forth the Riders had with Brandon Bridge and Zach Collaros last season.

The Bombers upset the Riders at Mosaic. That’s not happening two years in a row. The Riders are 2-0 against the Bombers at Mosaic this season and they have the more well-rounded attack and a defence that can match the playmakers that the Bombers have.

The Riders advance to face Calgary at McMahon Stadium for the West Final.

Don’t think the Eskimos are going to head East and end their season in Montreal. Trevor Harris has the experience of getting to a Grey Cup and knows how to get it done at this time of the year.

You can’t say the same for Vernon Adams Jr.

The Alouettes do allow yards and with a strong run game and a much better passing attack than what we’ve seen, the Eskimos will get to the Eastern Final and be a game away from heading back to Alberta as the East representative in the 107th Grey Cup presented by Shaw.

The Waggle, Episode 181: Playoff picture clears up + Greg Ellingson 1-on-1

EPISODE OVERVIEW: As the playoff picture starts to come into focus, who do the guys think is taking the West? And is this finally the year of the crossover? Plus, Greg Ellingson checks in to talk Esks football down the stretch.

I don’t wish injury on anyone, EVER. But I do have a bad feeling that a team will have their playoffs impacted by another QB injury after a season full of them.

Winnipeg is already there so it’ll be one of the other five teams but there is no chance I’m predicting who or when. I just don’t think we’re out of the woods seeing healthy quarterbacks finish the season.

I really hope this one is wrong because it’ll be a much more exciting playoff with the current starting five — and whoever Winnipeg puts out there.

The Riders and Stampeders will have a game for the ages in the West Final.

It’ll be one of those games that will come down to which team that has the ball last.

The Riders were close in Calgary just a few weeks ago thanks to some final-minute drives. I think it’ll be even closer than that to decide the Western representative in the Grey Cup.

A late-season acquisition becomes the potential Grey Cup MVP. As the temperature dips, Dane Evans isn’t going to be able to air it out as much and with the potential for some questionable field conditions, it’ll slow down Brandon Banks and Bralon Addison.

But I think Tyrell Sutton will become the story for the Tiger-Cats in both the running and passing game. I could see him totalling over 300 yards in the East Final and Grey Cup game combined.

He’s the running back right now with the least amount of miles this season and I think it pays off for the Ticats in the 2019 playoffs.

6. HAMILTON, CALGARY MEET FOR THE TITLE

A rematch of the 2014 Grey Cup when the Tiger-Cats — Brandon Banks, in particular — look back and think what could have been if it weren’t for the block in the back penalty on Banks punt return for a touchdown.

I think Bo’s veteran savvy brings them to hoisting the Grey Cup despite the lack of a run game.

As mentioned, Tyrell Sutton aids first-year starter Dane Evans into the game of his young career to end the Ticats’ Grey Cup drought on the road in Calgary.

However, I don’t think it’s going to go down the way it did for Hamilton when they were the visitor in a Grey Cup being played at the opponent’s home stadium — 2013 was not a good week for the Tiger-Cats; from frostbit to a blowout.

The Tiger-Cats’ secondary will be able to shut down Bo Levi Mitchell‘s passing game and players like Simoni Lawrence, Dylan Wynn, and former Stampeders Ja’Gared Davis make things very difficult upfront for Mitchell to find receivers or even get a run game going.

Offensively, Tommy Condell will dial up a diverse attack but again it’ll all go through Tyrell Sutton at McMahon Stadium. Condell will get the ball to Banks on short quick passes and Dane Evans won’t be asked to have to push the ball downfield to possibly allow the Stampeders secondary to get many turnovers.

While it’s not going to be easy to fend off the noise of a home town Grey Cup crowd, I think the Tiger-Cats will be able to take control of the game early and quiet the sold-out crowd.