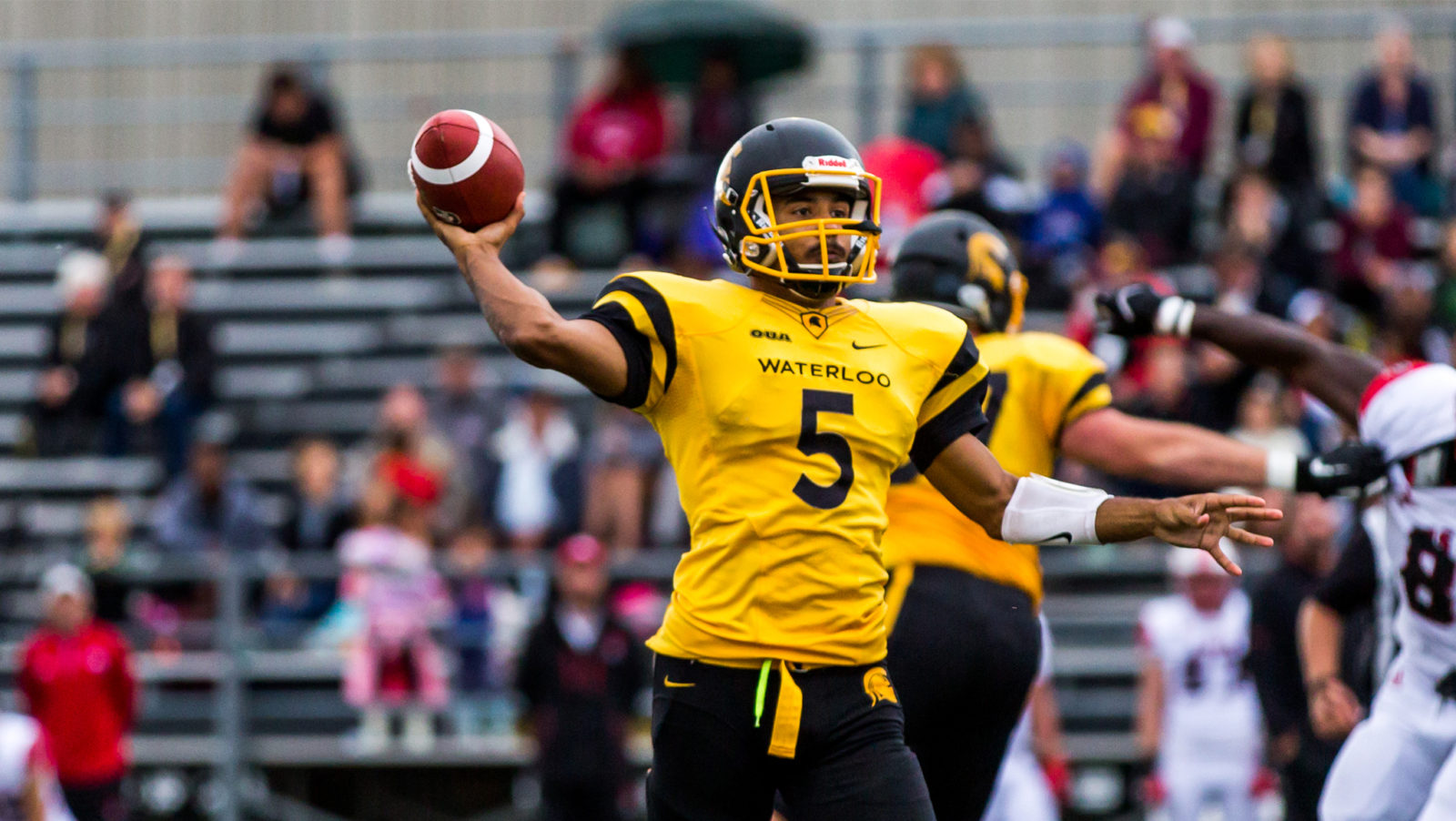 In U SPORTS football, this point of the season represents a variety of things across the country’s four conferences.

In Ontario, the playoffs are set to open with a pair of quarter-final games in Ottawa and Guelph respectively. Canada West’s four playoff teams are set, but their final order and playoff matchups remain in the air. Two of Quebec’s four playoff spots are still up for grabs entering the final week of the RSEQ regular season. In the AUS, Mt. Allison and Saint Mary’s are battling for their playoff lives.

Here’s what our #UniversityBlitz panel sees in its crystal ball for Week 10’s key games: 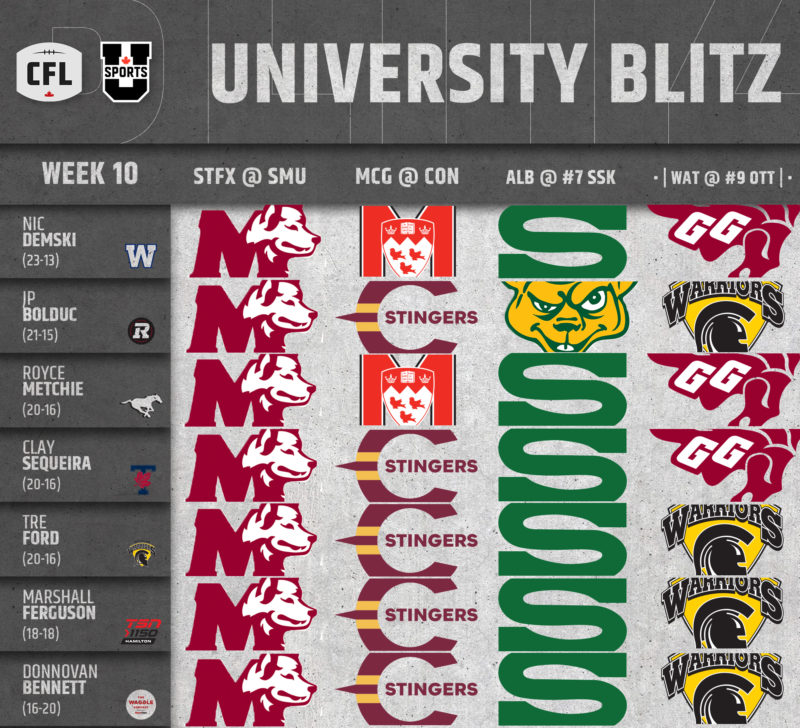 The Waterloo Warriors (4-4) visit the Ottawa Gee-Gees (5-3) in the 4-v-5 matchup of the OUA playoffs, and it will be a fascinating contest. QB Tre Ford and the Warrior offence scored at-will during the regular season, finishing with the second-most (288) points in the OUA to only Western, while the defence was porous en route to the second-worst points against (283) in the conference. On the flip side, Ottawa is a middling offence — QB inconsistency has been an issue at times — with a significantly better defence. Toss-up.

Talk about a turnaround for Peter Fraser’s Mounties (3-4). A month ago MTA was 0-4 and appeared to be toast in the AUS playoff discussion, but three wins later they have a (tough) road to the playoffs in front of them in Week 10. Mt. Allison will need to knock off undefeated No. 5 Acadia (7-0) to earn a playoff berth; Saint Mary’s (3-4) faces last-place St. FX (1-6) in the other Atlantic game to keep an eye on.

As long as Sherbrooke (2-5) doesn’t stun No. 2 Laval (6-1), both McGill (2-5) and Concordia (2-5) will qualify for the RSEQ playoffs — where both will likely get rolled by the Rouge et Or and No. 6 Montreal Carabins. Nonetheless, this clash of Montreal’s English schools is a rivalry and Concordia will be hungry to avenge a 26-point loss to McGill earlier this year.

For the full schedule, standings and statistics from the Canadian university circuit, head to the U SPORTS website.