Rockstar QB Index: One of the best 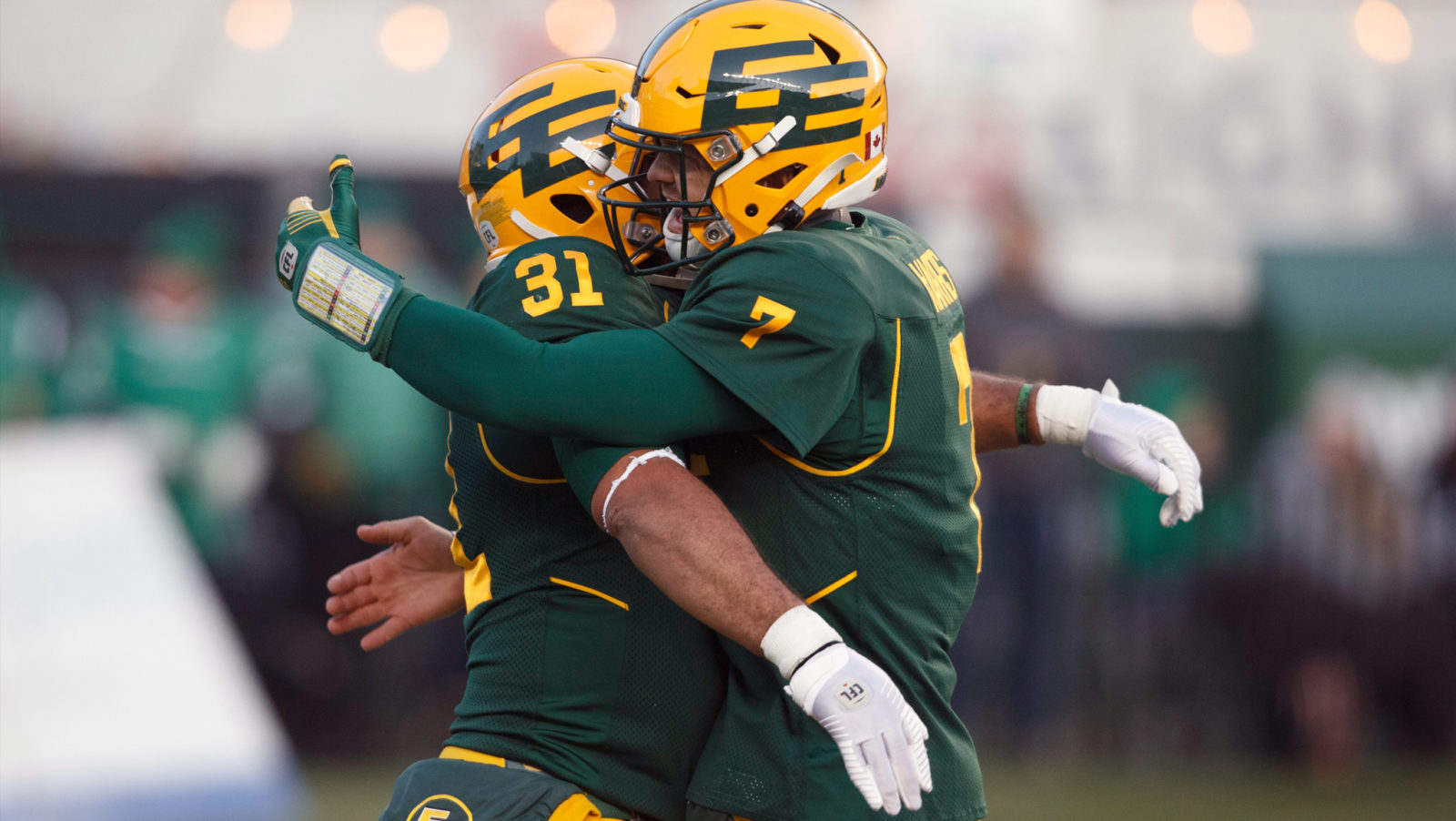 Rockstar QB Index: One of the best

TORONTO — The health of Trevor Harris should no longer be in question.

The Eskimos’ quarterback couldn’t get the win on Saturday vs. the Riders, throwing two interceptions in a 27-24 loss — but the veteran pivot looked sharp, throwing for 321 yards in his first start since being injured on Sept. 7.

Harris is coming off a Grey Cup appearance in 2018 with the REDBLACKS and is widely considered one of the CFL’s best quarterbacks. He was one of the top candidates for Most Outstanding Player before being injured, throwing 15 touchdowns and just four interceptions in his first 12 games.

Counting him out would be a mistake. If Harris can shake off the rust and pick up where he left off, the Eskimos could make things difficult as the crossover team in the East.

» MMQB: Finishing on a high note
» Playoff Scenarios: How the West can be won
» By the Numbers: View 2019 passing leaders

Elsewhere, Zach Collaros made a successful return to the field, winning his Bombers debut thanks to a last-minute, game-winning drive against Calgary.

Not to be outdone, Cody Fajardo set up a game-winning field goal himself, on a drive that started at the Riders’ own six yard line in the game’s final minutes.

Finally, Dane Evans continues to put up massive numbers for the Ticats, throwing for 379 yards and four touchdowns in a win over the Als.

Next week will see a condensed field, with only the playoff quarterbacks making the list. For now, CFL.ca ranks the pivots following Week 20.

The reigning MOP keeps getting better, coming off a 350-yard, four-TD performance vs. Winnipeg. Over his last four starts, Bo Levi Mitchell has averaged 362 yards per game (and 9.8 yards per attempt) with 10 touchdowns and three interceptions, compiling a QB rating of 117.2.

Only twice in the last seven starts has Dane Evans failed to throw for at least 10.5 yards per attempt, averaging 372 yards per game since Labour Day. Elite numbers from an elite quarterback, as Evans improves to 10-2 since taking over for the injured Jeremiah Masoli.

The Riders put their trust in Cody Fajardo, awarding him a new contract that will keep him in Regina through 2021. Fajardo replied with 429 passing yards in a win over the Eskimos, just one yard off a career high. If it wasn’t already obvious, the Riders have their answer at QB.

Vernon Adams proved he’s ready for the playoffs against Hamilton, logging 142 yards on 11-of-14 passing (10.1 yards per attempt) in a half’s work, against one of the CFL’s best defences no less. Adams has been a revelation on a resurgent Als team that suddenly has a bright future.

Not only did Trevor Harris get through Saturday’s game healthy, he also looked sharp, completing 73 per cent of his passes for 321 yards, one touchdown and two interceptions. A healthy and effective Harris would easily make the Eskimos a dark horse as they cross over to the East.

Dakota Prukop and Michael O’Connor might represent the future in Toronto, but don’t write off McLeod Bethel-Thompson. The career journeyman was solid again vs. Ottawa, throwing for 198 yards and two touchdowns in a half’s work. He boasts a serviceable 99.3 QB rating in 2019.

Zach Collaros surprised many in his first game since Week 1, throwing two touchdown passes and setting up a late game-winning field goal to defeat the Stamps. The veteran has won three straight starts against Calgary, and there’s no reason the Bombers shouldn’t roll with him in the playoffs.

Despite losing to the Argos, Will Arndt made it through a second consecutive game without throwing a pick. He’s shown progress, but the 26-year-old still has to improve on his 5.7 yards per attempt through three career starts. Arndt seeks a fourth straight start vs. Montreal.

With Mike Reilly done for the year, Danny O’Brien could close the season with a second straight start. Canadian quarterback Brandon Bridge could also see playing time. O’Brien went 16-of-25 for 171 yards, one touchdown and one interception vs. the Riders.