Top players to get rest ahead of playoffs 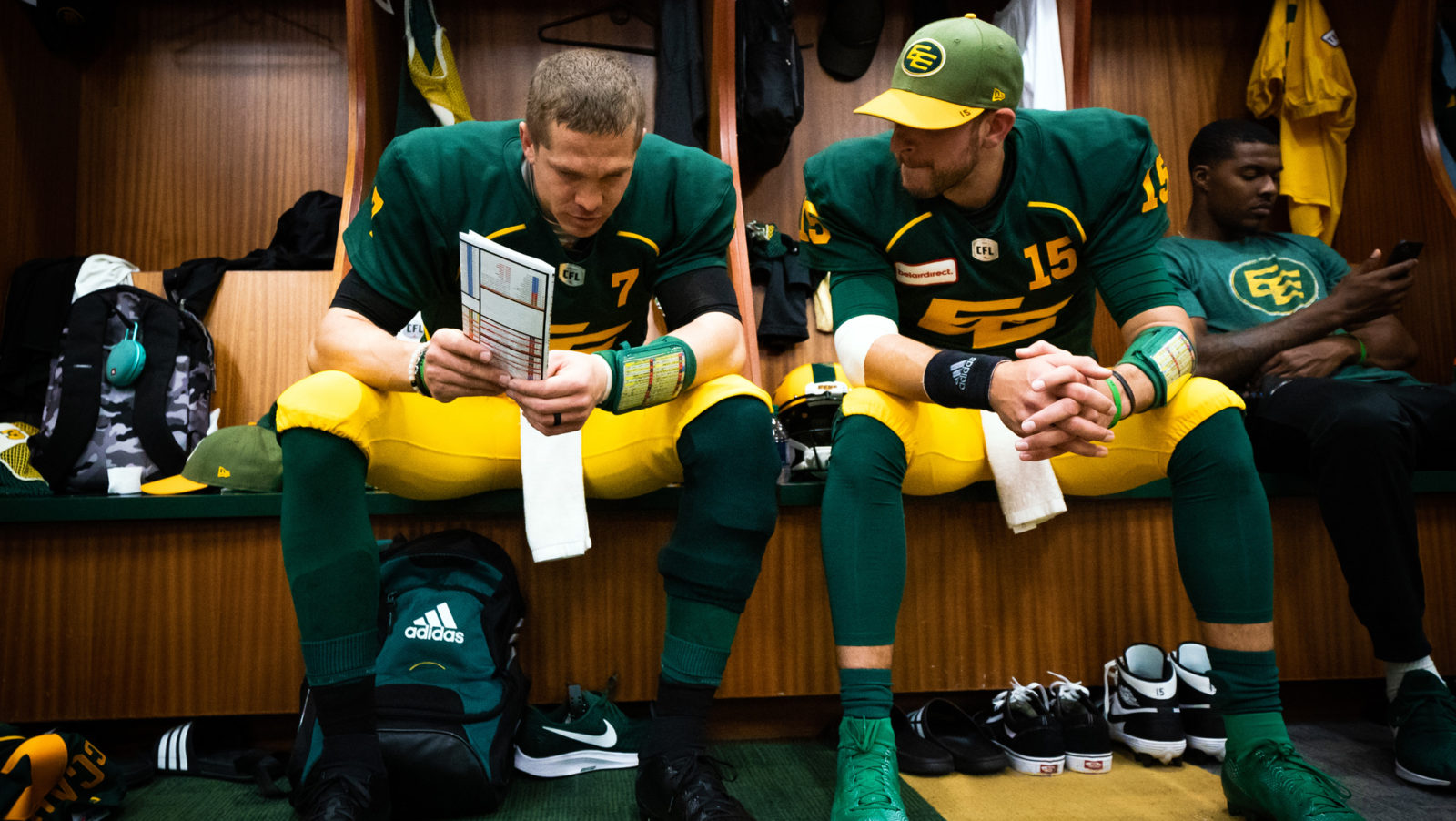 Top players to get rest ahead of playoffs

TORONTO — Barring a drastic change of plans, the Edmonton Eskimos will rest starting quarterback Trevor Harris ahead of the team’s Eastern Semi-Final matchup against the Montreal Alouettes.

I don’t think he’s going to be playing in this game but he will be practicing during the week,” he told 630 CHED’s Morley Scott on Tuesday. “It’s just one of those things where we’re awarded the opportunity to rest guys and that’s what we’re going to choose to do. But that doesn’t mean that we’re not going there to win or going there to play great football.”

Harris is coming off an injury to his throwing arm that landed him on the six-game injured list following Week 13. In 13 games this season, Harris has thrown for 4,027 yards and 16 touchdowns.

Logan Kilgore is the projected starter in the likely event that Harris doesn’t appear on Saturday. He started four games and helped the team reach the playoffs while serving as the starting signal-caller.

Edmonton won’t be the only team that rests important players in Week 21. The Hamilton Tiger-Cats, who comfortably hold down the CFL’s best record heading into the final week, are expected to sit multiple bodies, with head coach Orlondo Steinauer confirming as much on Tuesday.

One of those players that will likely sit out the regular-season finale will be quarterback Dane Evans, according to CFL.ca’s senior writer Chris O’Leary.

The #Ticats will rest players for their reg-season finale against the #argos. I’d expect Dane Evans to be one of them (you probably already expected that too). #CFL

Evans has thrown for 3,754 touchdowns and 21 touchdowns while completing 72 percent of his passes in 13 games this season.

If the 25-year-old does sit out, he’ll likely be replaced by backup Hayden Moore, with David Watford serving as the No. 2.

The Montreal Alouettes were the first team to give their veterans rest after the team clinched its first playoff berth since 2014 back in Week 17. Defensive lineman John Bowman was kept out of the lineup during the team’s Week 19 game against Toronto while linebacker Henoc Muamba sat in Week 20. Starting quarterback Vernon Adams Jr. was also lifted from the game against the Ticats after playing a good portion of the first half.

He’ll likely be part of the contingent that sits out when the Als play Ottawa in their final test of the campaign. That would give Matthew Shiltz another chance to start for Montreal.

Two teams that will likely not see any changes are the Saskatchewan Roughriders and Calgary Stampeders, who are each still fighting to win the West Division going into their respective final matchups of the year.