U Sports Top 10: Western still No. 1 heading into conference semi-finals 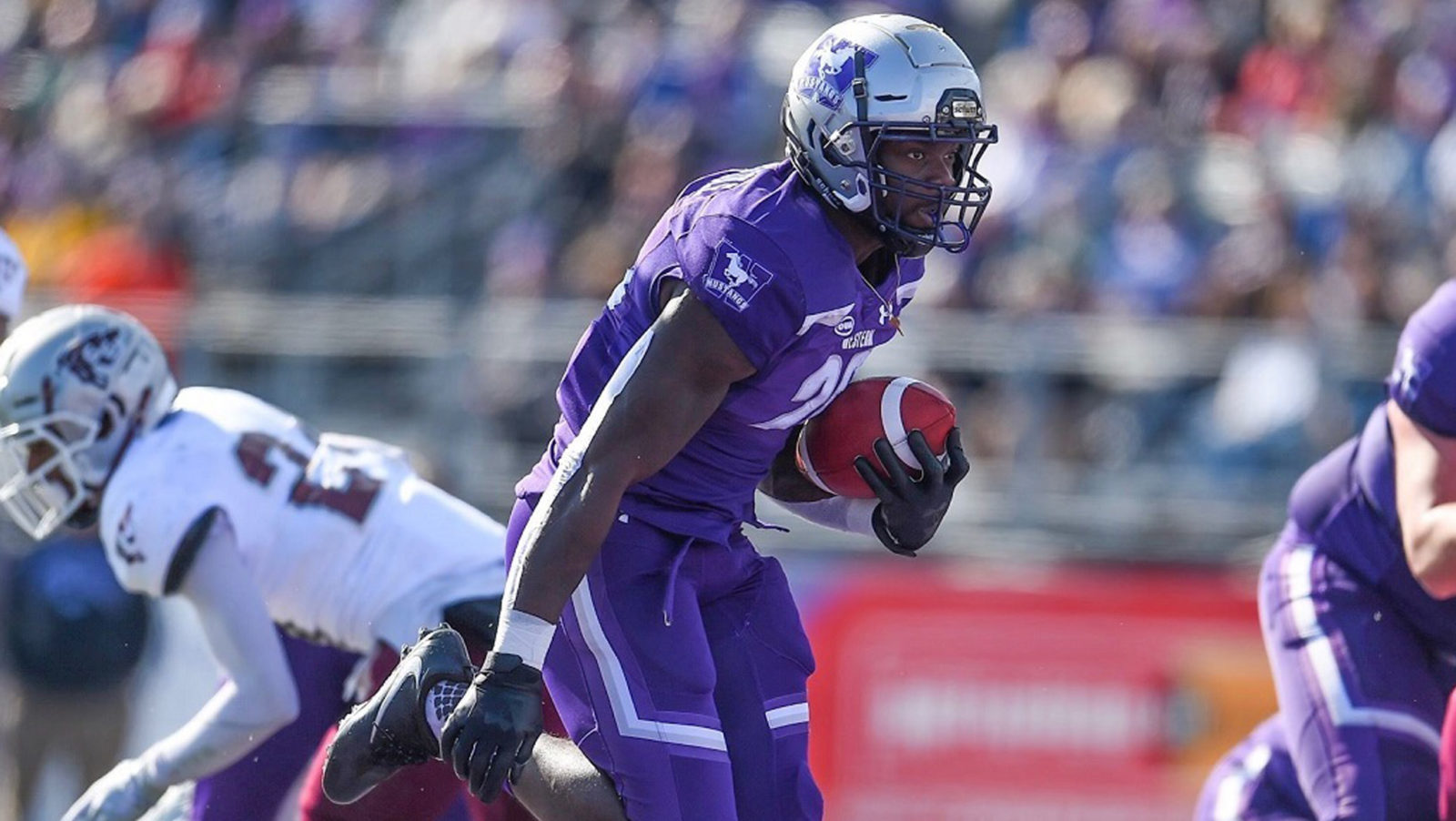 U Sports Top 10: Western still No. 1 heading into conference semi-finals

The Western Mustangs top the U SPORTS football national rankings for the seventh consecutive week as they are set to begin their quest for a third straight Yates Cup title.

The Mustangs (8-0), who had a bye in the first round of the OUA playoffs, received 11 of 14 first-place votes and 205 points from the Football Reporters of Canada panel in the 10th poll of the campaign, good for 415 total points when combined with statistical calculation by the ELO Rating System.

The remaining first-place nods once again went to the defending Vanier Cup champion Laval Rouge et Or (7-1), who collected 395 total points to stay put at No. 2 for the third straight Tuesday.

Behind the two leaders, positions 3 through 8 also remain unchanged this week, while two newcomers grab the ninth and 10th spots.

Waterloo had been ranked twice earlier this season (No. 10 in Oct. 1 and Oct. 8 polls), while Regina had merited the honour on one previous occasion (No. 7 in Sept. 3 poll).

The OUA playoffs got underway last Saturday with a pair of quarter-finals that saw Guelph defeat visiting Carleton 22-17 and Waterloo upset Ottawa 44-21 in the nation’s capital. It marked the Warriors’ first post-season win since the 1999 Yates Cup final.

The Rouge et Or secured first place in the RSEQ standings for the third straight campaign and for the 14th time in 15 years, while the Dinos did the same in Canada West for the third season in a row and for the eighth time in nine years. Thanks to their hard-fought win against Mount Allison, the Axemen finished first in the AUS for the second time in three years and completed league play with an unblemished record for the first time since 1986 (7-0).

In the AUS, new champions will be crowned in two weeks as 2018 titlist StFX failed to qualify for the playoffs. Acadia moves directly to the Loney Bowl final set for Nov. 9.

The semifinal matchups are as follows (detailed schedule and broadcast information included below):

Following the conference finals on Nov. 9, champions will battle in the Uteck Bowl (RSEQ at AUS) and Mitchell Bowl (OUA at Canada West) national semifinals on Nov. 16, with the winners advancing to the 55th Vanier Cup on Nov. 23 in Quebec City.

For the second straight season, U SPORTS is using the ELO Rating System for the calculation of its weekly national rankings. Powered by RankR, ELO’s unique algorithm blends a statistical calculation with customized variables that is adaptable across a range of sports. For more information, click here.