MOP Watch: The buzz is real for Speedy B 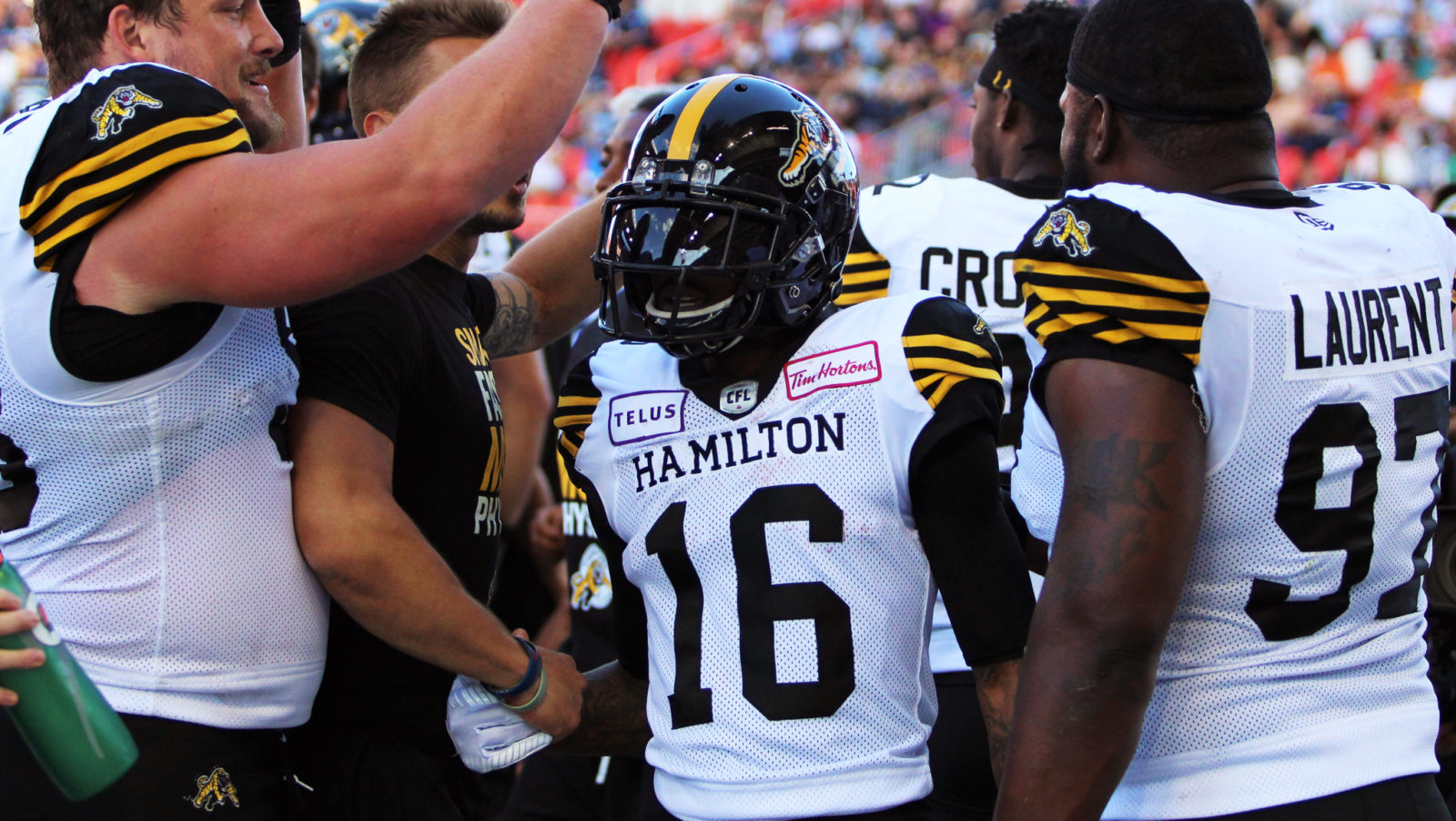 MOP Watch: The buzz is real for Speedy B

It wasn’t planned this way, but we’ve saved what is (in this committee of one’s opinion) the strongest candidate for the MOP award for the week that team nominees are unveiled.

If you’ve followed along over the last few weeks, the list at the bottom of this piece has a lot of familiar names on it. For now, let’s try to take a slo-mo look at Speedy.

On the heels of a career game (201 yards) that pushed him to a career-best in receiving yards (1,550), Banks used Saturday’s win over Montreal to make the closing arguments in his case as this year’s Most Outstanding Player.

A lot of things have to happen for a receiver to win the MOP award. First, he has to do something exceptional. A 1,000-yard season will likely net you an All-Star nod and maybe even a team MOP nomination. To get past that, you need to have done more.

Owens, Simon and Stegall are the only receivers to have won MOP this century. Only eight have won it since its inception in 1953 (fun fact: The first receiver to win it was Hamilton receiver Garney Henley in 1972).

Banks deserves to join that elite group this year.

He’s been a key piece to the Ticats’ success the last two years. Turf toe cost him a game in Week 8 against Saskatchewan. In his absence, the team picked up one of its three losses on the season. His absence was felt last year as well, when a broken clavicle ended his season on Oct. 19. The Ticats went 2-4 without him, getting demolished in the Eastern Final by Ottawa.

Along with his career high in receiving yards, Banks has been a game changer on special teams. He’s scored two touchdowns on missed field goal returns this year, pushing his career mark to a record-setting five.

We’ve seen week after week this season that when the Ticats need a big play that more often than not, Banks finds a way to deliver. He plays like a giant, despite often being the smallest player on the field. We’ve been watching him for the last seven years, so it’s easy to take for granted that he’s listed at five-foot-seven and 150 pounds. Think about that for a minute and consider the bodies that he’s flying past on returns, or that the ankles that he breaks when juking down the field are sometimes attached to legs that look bigger than him. Banks’ presence on the field is in some ways is a triumph against the odds; his success on it for this many years is something of a miracle.

A couple of weeks ago, I was in the Ticats locker room to talk with Speedy. He joked that he’d give me an interview if I voted for him for MOP. I told him that I’d actually made the case for him as a candidate for the award last year and that he had a great shot at it this year. He continued to assure me that he was kidding. In what should make his coach, Orlondo Steinauer (a strong contender for an award himself this year) happy, Banks actually didn’t seem that interested in my reasoning for him to win the league’s biggest individual honour. He clearly has his eyes set on a bigger team award that we’re now less than a month away from.

We’ve made cases for the majority of the nominees over the last few weeks, so let’s use this space this week to highlight two players that we haven’t talked about.

Derel Walker, Toronto — He’s likely disappointed in his season — he pulled in 65 passes for 1,040 yards and six touchdowns — but Derel Walker was the Argos’ best player in a season that everyone in the organization would love a do-over on. He wasn’t targeted enough in the early stages of the season, getting just 139 yards off of just 13 passes in his first three games, but showed what he could do when his quarterback was able to find him. He was targeted more than 13 times in just two games this year but exploded in both of them. He had 188 yards and two touchdowns in Toronto’s biggest win of the year, topping Winnipeg in Week 5. He had a season-best 203 yards in the Argos’ Mark’s Labour Day loss to the Ticats. Walker signed a pricey one-year deal to come to Toronto. He’ll be 29 when the 2020 season gets underway. Will he return to try to rebuild in Toronto, or will he join a contender to try to take a team to the next level?

Avery Williams, Ottawa — One of the many unfortunate subplots of the REDBLACKS season was the extent of the injuries they endured. That their MOP nominee is on the six-game injured list is sadly fitting. Before his injury, Williams had improved on his impressive rookie season. He was second in the league in tackles, at 69, and had a sack and forced fumble before he was lost in Week 13. The future is bright for the 25-year-old from Baltimore.

A quick shoutout to the remaining nominees. Trevor Harris, Cody Fajardo and Vernon Adams Jr. were the only quarterbacks chosen by local voters as team MOPs. BC voters went with Bryan Burnham and Calgary voters went with a receiver as well, in Reggie Begelton. Winnipeg’s Willie Jefferson and Williams out of Ottawa were the only defensive players chosen as MOPs.