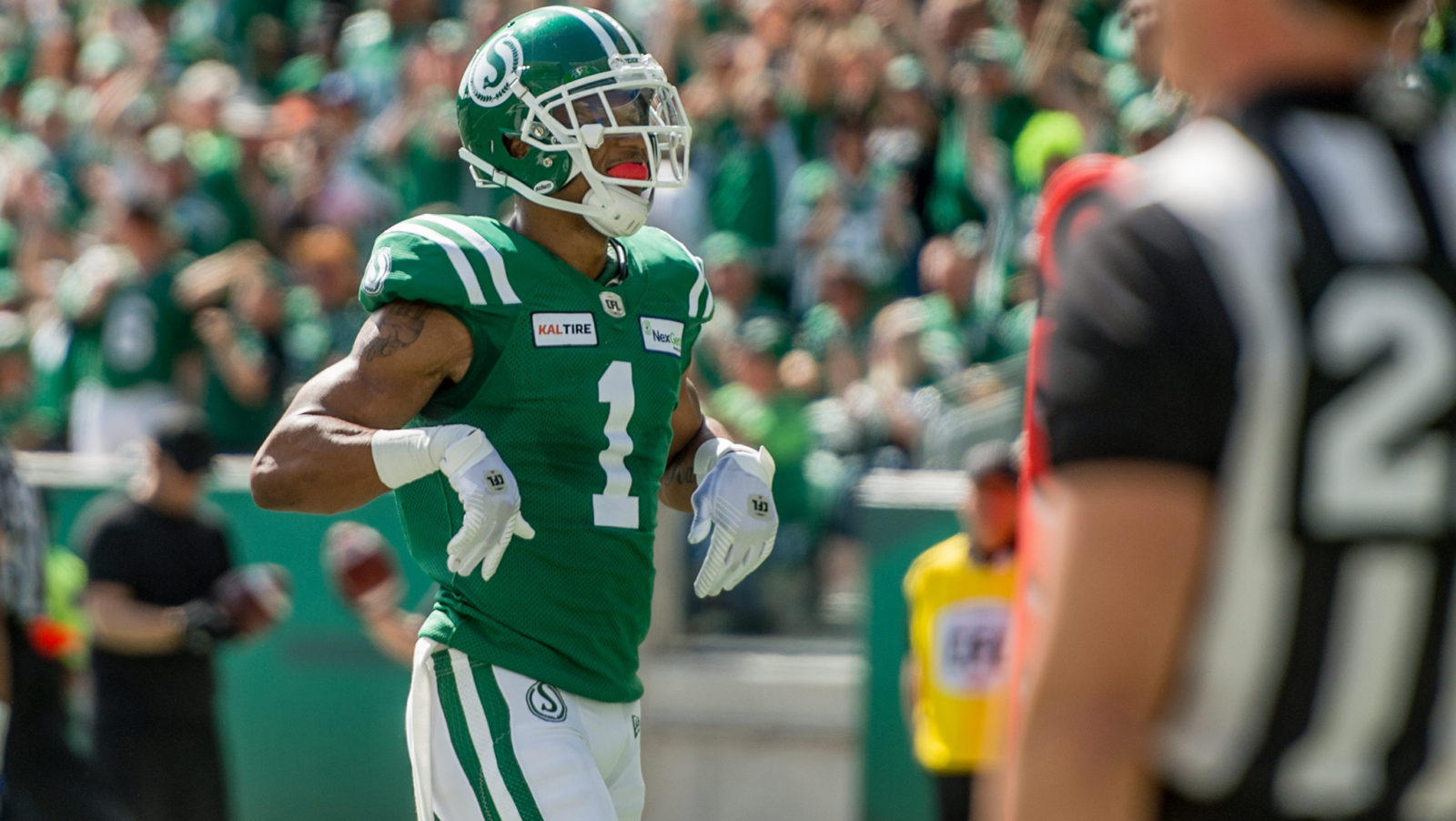 Edmonton, Hamilton and Montreal have already stated they’ll rest regulars this week to gear up for playoffs so maybe a safer bet to play Riders and Stampeders, who have meaningful games this week in TSN CFL Fantasy.

The week starts off with the Montreal Alouettes visit the Ottawa REDBLACKS. Dominique Davis gets another start for Ottawa and it’ll be interesting to see how Khari Jones manages his Alouette roster with a much bigger game ahead next week in the Eastern Semi-Final.

Then Saturday’s tripleheader begins in Regina in the biggest regular season game played in the young history of the new Mosaic Stadium.

A win by the Riders and they’ll claim first place in the West. Saskatchewan has hosted one Western Final in the last 40 years, that being 2009.

You know the Riders will be going all-in with their roster. The flip side will not. Edmonton will also rest starters, knowing next week’s game in Montreal is far more important.

The Hamilton Tiger-Cats will also rest some regulars against the Toronto Argonauts. Hamilton going with the rest is best strategy.

With all these teams resting players it definitely means some upsets could be in order through the first three games of the week.

The final game of the regular season means something for Calgary. They need to win to get a home playoff game and if Saskatchewan loses to Edmonton, this game comes with double the pressure to try and clinch first in the West.

The BC Lions remain without Mike Reilly for the finale but they’ll have a group of players who will be looking to prove they deserve a spot on the team next year. 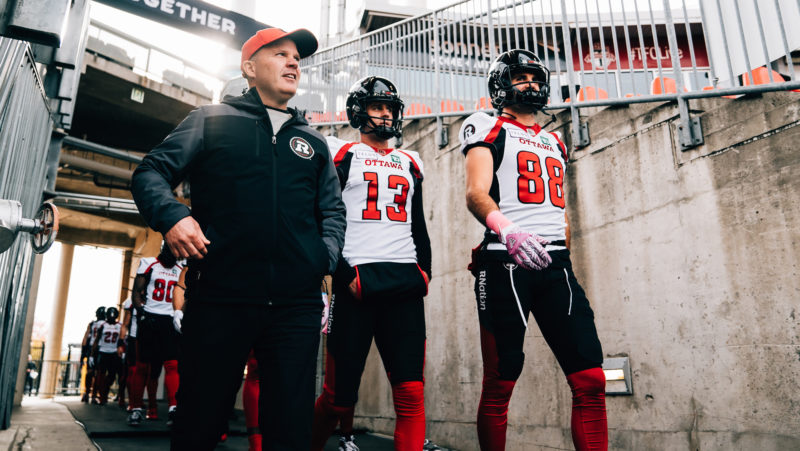 The REDBLACKS will play in their final game of the 2019 season on Friday night against Montreal (Johany Jutras/CFL.ca)

Ottawa has had a tough time matching the enthusiasm on the other side of the ball for the past few weeks. I’ll be interested to see if Davis gives them some life on offence, though you could see a number of quarterbacks take snaps for both teams.

Montreal may rest players but that doesn’t mean the 45 players active want to win any less. The Alouettes still have the most talent on the roster, no matter which veterans get a rest this week. 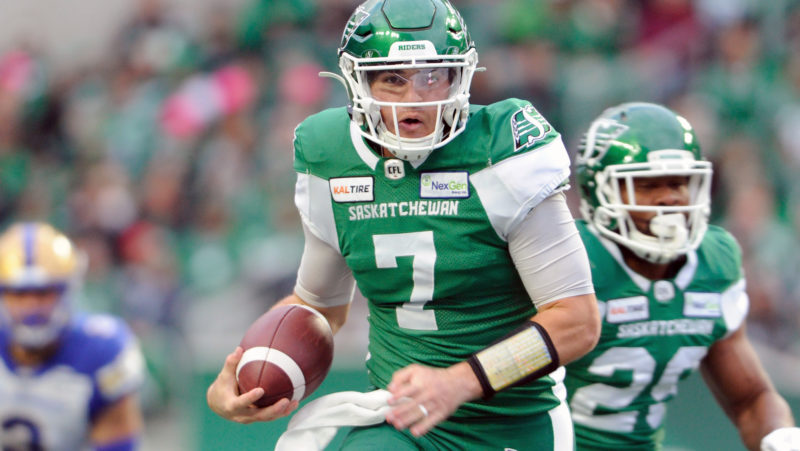 With a win on Saturday afternoon, the Riders can clinch first in the West Division (The Canadian Press)

The Riders will be flying out of the gate this week after looking lackadaisical in Edmonton last week. Don’t expect Saskatchewan to be down 14-0 early.

There is so much on the line for the Roughriders and so little for Edmonton. This is very much a part of the mental side of the game. The Riders could be too tight with the West Division crown on the line, while Edmonton will be far less stressful.

Logan Kilgore and whoever else handles snaps will want to make the most of this opportunity as they know it’ll be Trevor Harris next week in Montreal. 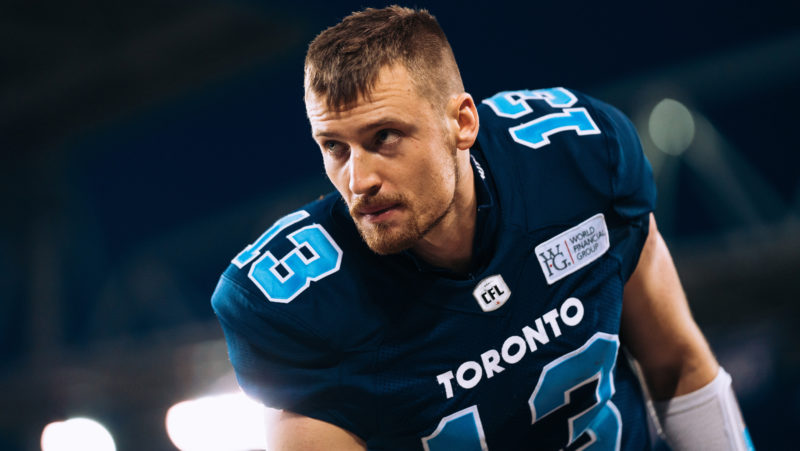 The Toronto Argonauts trio of quarterbacks looked very impressive last week against Ottawa. However, they face a far better defence this week in Hamilton.

I’m interested in watching some of the Tiger-Cats offensive players without possibly Dane Evans and Brandon Banks. They could both be rested in the run up to the Grey Cup.

Hamilton could have an emotional let down, while the Argonauts seem engaged and using the final few weeks of the season as a building block for next year. I’ve been impressed the Argos have shown some moxie is the last couple of weeks.

If Mike Reilly was in this game, I would be giving BC a far better chance. But he is not and Danny O’Brien and Brandon Bridge may be tasked to pull off a giant upset.

If the Riders do win three hours before the Stampeders kick things off, I’ll be interested to see if there is any emotional let down with the Stamps being knocked out of first place in the West.

However, Calgary still needs to play everyone as they need a win to host the Western Final or they’ll be going back to Winnipeg for the Western Semi-Final.

There is no way Bo Levi doesn’t come out dealing for the Stamps.