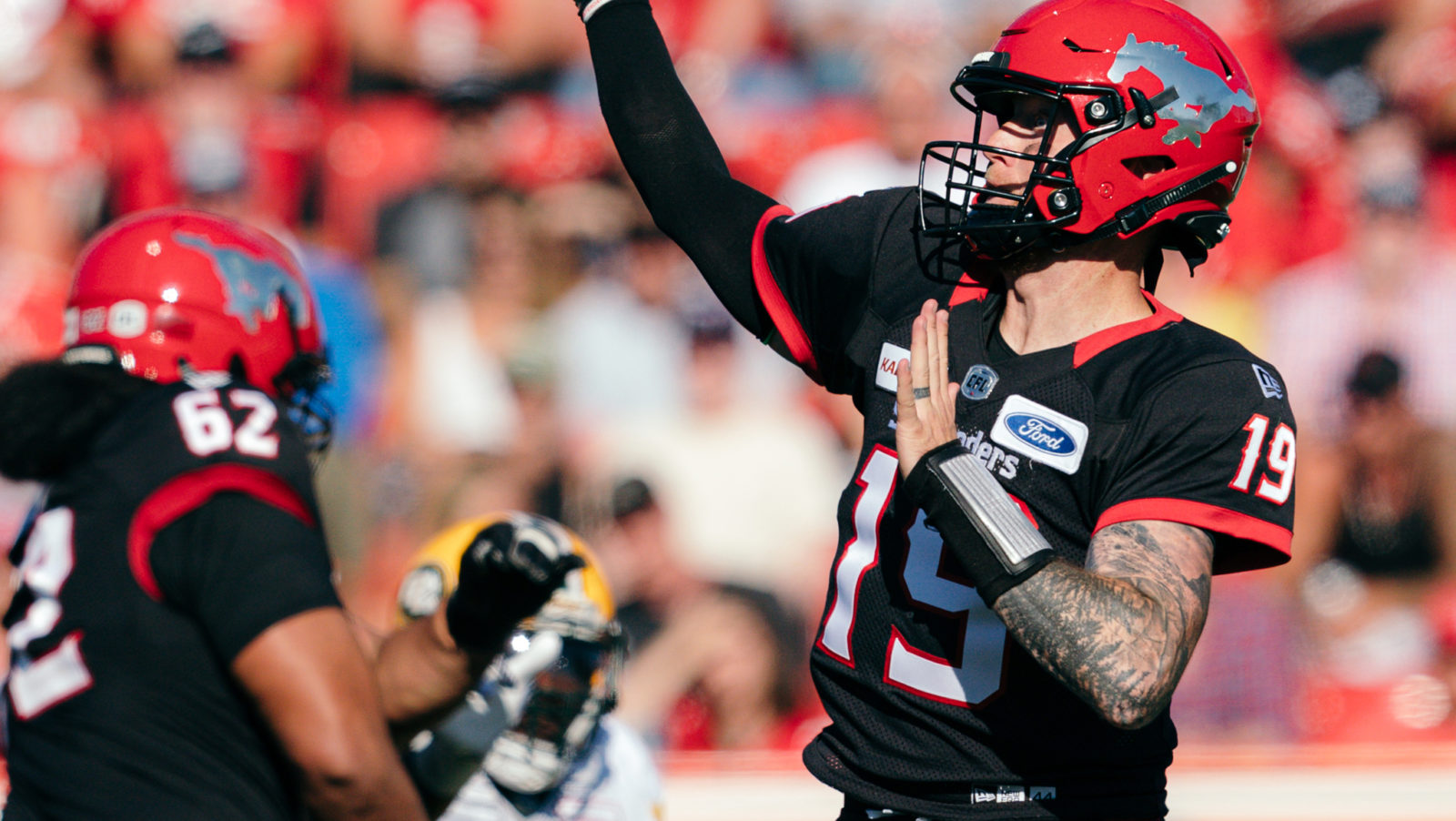 TORONTO — As the post-season picture comes into view, many teams are looking past Week 21 and towards their Grey Cup aspirations.

Not so fast. The final week of the regular season carries plenty of importance for Fantasy users, who have one more chance to come out on top as TSN CFL Fantasy presented by LeoVegas wraps up its regular season contest.

Meanwhile, in the CFL, two teams in particular have something to play for, as the Riders and Stamps can both directly impact where (and if) they’ll be playing on Nov. 10.

Of course, for the other six teams, much is up in the air. The Argos, REDBLACKS and Lions have already been eliminated from playoff contention, Hamilton will host the Eastern Final regardless, and the Eskimos and Alouettes are thinking ahead to their semi-final matchup themselves.

It leaves for a tricky situation from a Fantasy perspective, with a mix of safer-but-expensive picks and possible bargain buys on the table

Pat Steinberg, Jeff Krever and Hannah Nordman debate how to approach Week 21 in the final regular season episode of the CFL Fantasy Podcast:

This week presents Fantasy players with a couple of different strategies. While Bo Levi Mitchell and Cody Fajardo are considered safe picks, some possible bargain buys including Dominique Davis, Matt Shiltz and Hayden Moore could open up cap space elsewhere in the lineup.

“I love the idea of players like Fajardo and Mitchell in important games,” said Pat Steinberg. “Knowing the Stampeders want to host a playoff game, it doesn’t matter what happens between Sask and Edmonton — if Calgary doesn’t win, they’re not hosting a playoff game. I don’t think you’re seeing starters come out of that game.”

“I prefer the safer picks,” added Nordman. “I went with Fajardo last week. Between the two, I think the Sask game might be a little more competitive. If I’m looking at the low cost guys, I would probably look towards Matt Shiltz at $5,200 against Ottawa, even though there’s nothing on the line there.”

Of the possible bargain buys this week, REDBLACKS quarterback Dominique Davis, a gifted runner, is worth considering in his return to the starting lineup.

“Bo and Fajardo are the top two owned quarterbacks in Fantasy this week and no one’s even close,” said Krever. “If we’re talking cheap quarterbacks, I really like Dominique Davis. He’s hungry to get back in there, he’s playing against an Alouettes defence that will rest starters, and the plays he can make with his legs.

“This is an audition for him. He’ll be working with the REDBLACKS’ starters. I think the ingredients are there for Davis to have a pretty good week given his price tag.”

“Against a Sask D, I’d be a little scared of putting Kilgore in,” said Steinberg. “Just because of the rushing touchdowns available from Dominique Davis, those would be the two I’d be interested in. But the interceptions that come along with those two guys are a little scary.

“They’re cheap, and if you think there’s a good matchup for one of these four, Shiltz, Kilgore, Moore, Davis, I think you consider it because of the price.”

Week 21 is the last opportunity for Fantasy users to win their leagues for the regular season, while a new contest arrives on Monday, Nov. 4 as the Shaw Road to the Grey Cup gets under way.