Nye: Marcus Thigpen could be a playoff X-factor 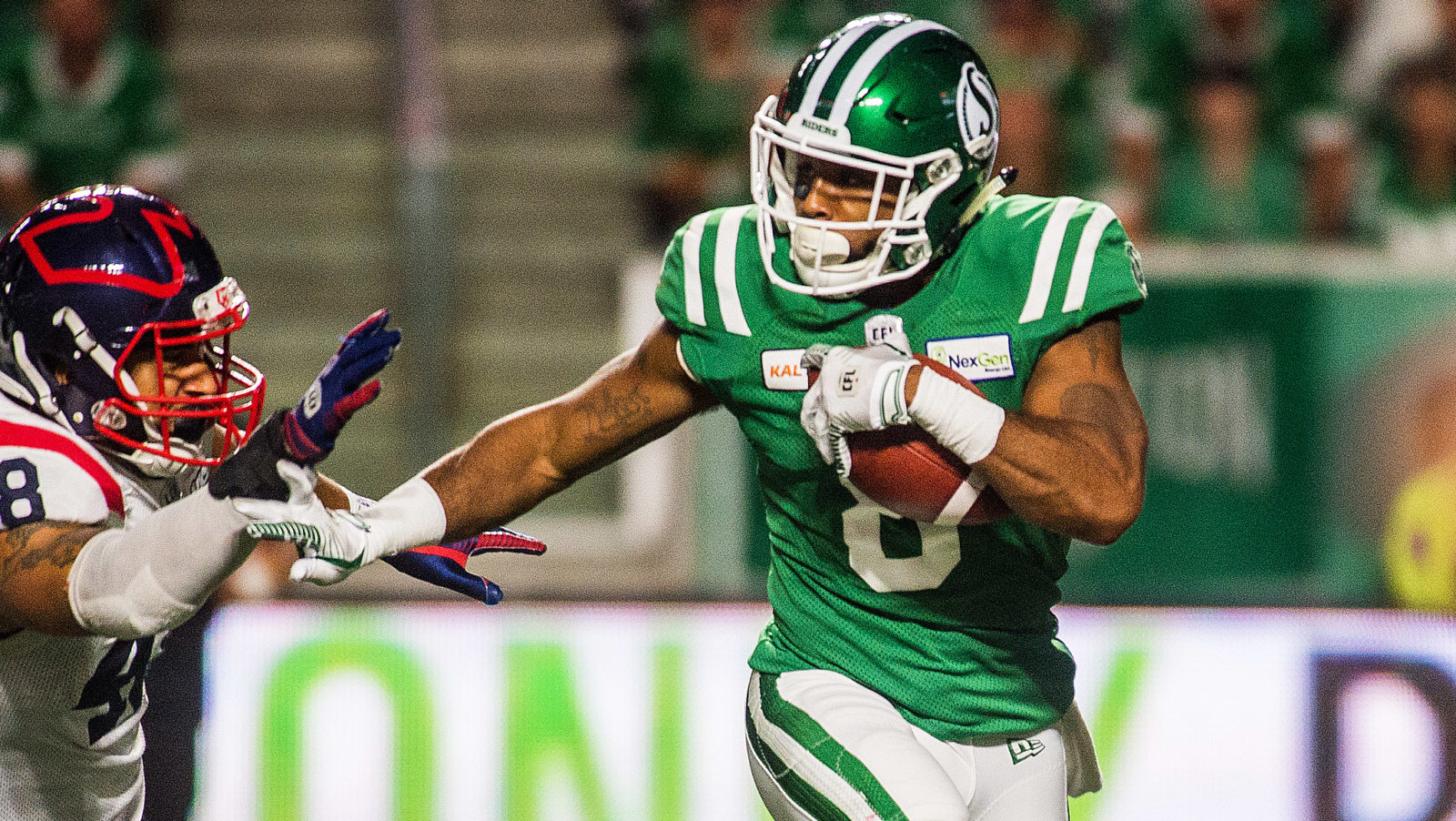 Nye: Marcus Thigpen could be a playoff X-factor

Much has been written about Marcus Thigpen throughout his CFL and NFL journey.

A cut from the Riders early in his career led him to become a star with the Hamilton Tiger-Cats. Then the NFL came calling.

Now in the past two and half seasons, he’s been plugging away in spot duty on offence and is still a dynamic returner, which has become his specialty.

But it’s Thigpen who actually wrote the most compelling thing about his own life. He’s not only a football player but an author.

He’s re-released his first book Resist and Persist: Persevering Beyond the Limitations of Life. In it, Thigpen details a rough up bringing, misbehavior and tragedy due to his own poor judgment.

However, it was football that changed his life. He’s found peace in the game and doesn’t take it for granted when three years ago he thought he was out of the game forever.

But the persistent Thigpen reached out to Kevin Glenn, his quarterback in Hamilton, to see if he could put in a good word to the Riders in 2017 to continue his career.

The Riders were impressed enough to give him a shot and it paid off for them in the Eastern Semi-Final when he ran for 169 yards to lead the Riders over the REDBLACKS and advance one step closer to the Grey Cup.

The Riders are hoping Thigpen could find his explosiveness again in the playoffs when they either host the Western Semi-Final or Western Final.

However, the addition of William Powell has limited Thigpen’s touches on the offence. Opponents also know to keep the ball away from him on kickoffs but if he does get his hands on the ball, it could be a quick six points for the Riders or a big play that can help swing momentum.

Thigpen knows at 33 and the position he plays he may not have many more chances left to make a difference on the football field. Thigpen is one of those x-factor players to look for making a difference in the 2019 Shaw Road to the Grey Cup.

Here are some other players to look for across the CFL:

Nick Marshall, Saskatchewan Roughriders – The athletic defensive back for the Riders has three interceptions returned for touchdowns in his first two seasons in the CFL. He’s matched often with some of the best receivers in the game, who get a lot of targets, and Marshall can get a lot of opportunities to jump a ball on a throw to the sideline. He’s got the mind of a quarterback from his days as a pivot at Auburn so look for the Riders No. 3 to try to make a big play on defence for the Green and White.

Frankie Williams, Hamilton Tiger-Cats – OK, this shouldn’t be a surprise pick by any means because Williams is the Tiger-Cats Most Outstanding Special Teams Player and for good reason. Every time Williams gets his hands on the ball he could take it to the house but what makes Williams even more likely to be the guy to make the turning point play is his opportunity on defence as well. Though he only has one interception this season, if he does get the chance to catch one on defence, it’ll be tough for offensive players to prevent him from turning into the dynamic returner he already is.

Tevaun Smith, Edmonton Eskimos – Greg Ellingson, DaVaris Daniels, Ricky Collins Jr.; there is definitely no lack of weapons for Trevor Harris when they take on the Montreal Alouettes. Smith came back from injury last week for 92 yards and a touchdown against Saskatchewan. He’s getting settled in for the playoffs and with attention on the other three big targets in the Eskimo attack, I’m looking for the first year CFLer to make a bigger name for himself this post-season.

Rasheed Bailey, Winnipeg Blue Bombers – There is no reason to take Bailey off the roster now for the Winnipeg Blue Bombers. The first year receiver has 173 yards in the past three games for Winnipeg. At six-foot-one, Bailey has the size and speed to be a difference maker in these playoffs. While everyone will expect Darvin Adams, Andrew Harris or Most Outstanding Rookie Kenny Lawler to make the biggest impact, I’ll be watching for No. 88 to start the conversation for next year’s break out player of the year candidate.

Mario Alford / Shakeir Ryan, Montreal Alouettes – Whoever lines up to receive kicks and punts for the Alouettes definitely have the knack to put six points on the board. Alford’s first two games returning the Alouettes saw him take one to the house in each of those games. Ryan has also found the end zone this season for Montreal. They’ll only have one guy on the roster and I think either/or could spark the Alouettes to a big play in the post-season.

Josh Huff, Calgary Stampeders – We’ve seen glimpses of the speed and dynamic playmaking from the former NFLer. He has two 100-yard games in the last two months. But he could be a serious weapon if too much attention lands on Reggie Begelton and Eric Rogers in the playoffs. Any player that can take a two-yard hitch screen 70 yards is someone that can turn the tide of a playoff game quite quickly. In nine games this season he’s had almost 500 yards, which would put him on pace for close to 1,000. He is that dynamic of a receiver. And if you haven’t been following the Stampeders that closely in the regular season, Josh Huff may make himself a house hold name by the end of November.