#UniversityBlitz: U SPORTS Playoffs Kick Off 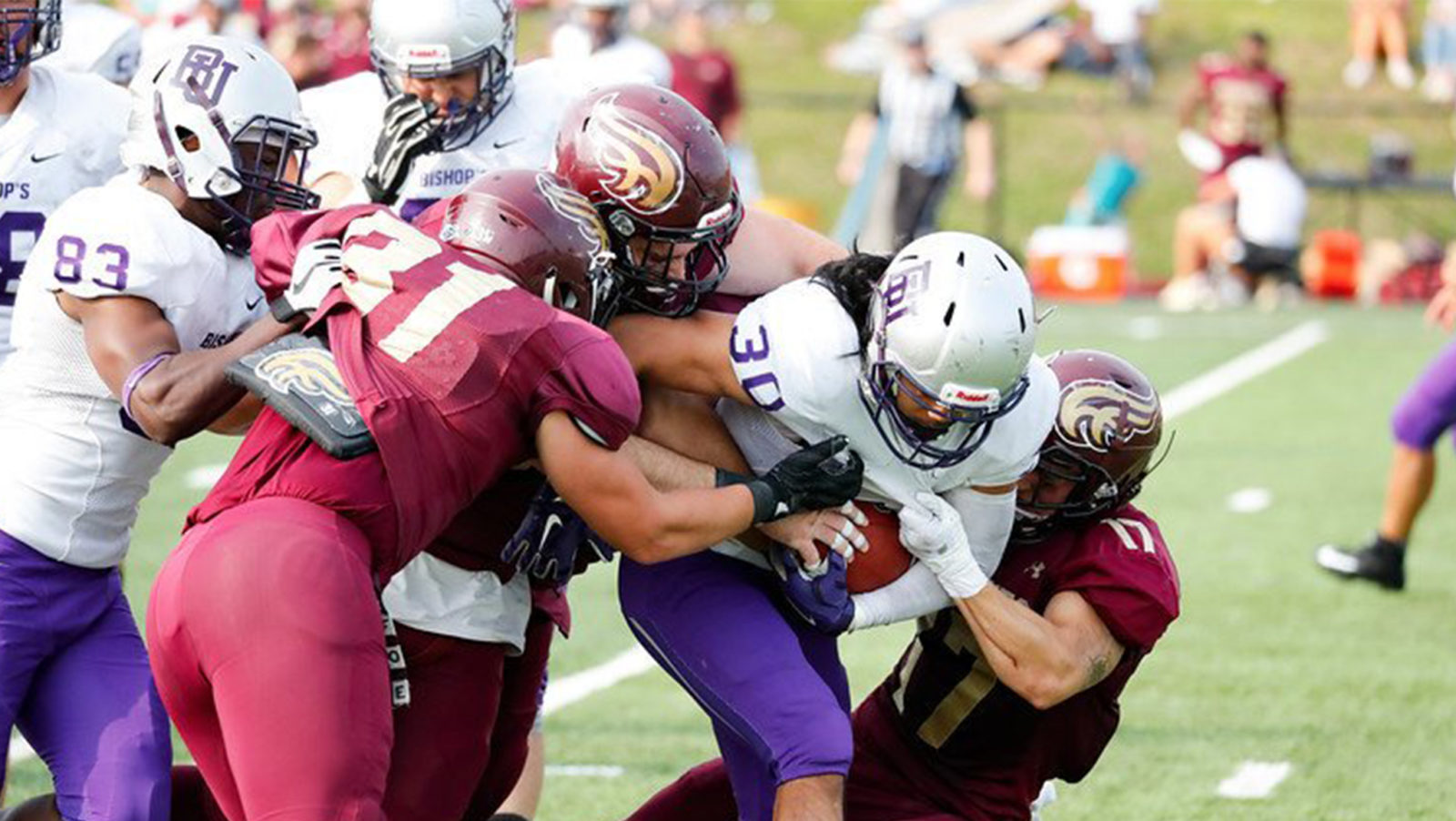 #UniversityBlitz: U SPORTS Playoffs Kick Off

Week 21 of the Canadian Football League is upon us, the weather is cooling off — cooled already, in places — and the U SPORTS playoffs are now in full swing at the university level.

Eight of the country’s Top 10-ranked schools are in action this weekend with seasons on the line; No. 3 Guelph visits No. 4 McMaster in a tantalizing OUA semi-final matchup, while No. 10 Manitoba visits No. 8 Calgary out west. 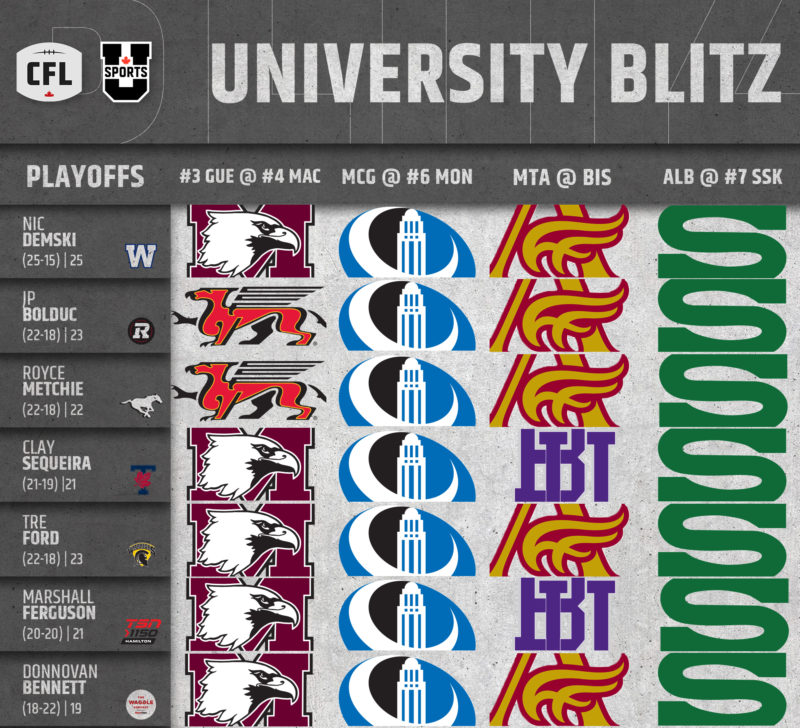 All the matchups are intriguing for their own reasons, but here are two of our favourites:

Waterloo at No. 1 Western

The Warriors finished the season 4-4, and have experienced some solid highs (thrashing uOttawa in last week’s QF, nearly upsetting Western) and disappointing lows (allowing 42 points vs. Windsor, losing to Laurier in 3-OT). Chris Bertoia’s team is led by dual-threat QB Tre Ford, who is balanced out by running back Dion Pellerin and his third-best rush average (122) in Canada.

Western, for the record, is still Western: 8-0 during the regular season, coached by a U SPORTS classic in Greg Marshall and led offensively by CFL Combine attendee Chris Merchant at quarterback. While the Mustangs did run the OUA table and are a credible No. 1 seed, this isn’t your standard UWO outfit that blows everybody out: Western had three of its eight games decided by single digits — the first time that’s happened since 2012.

The Mounties made it to the post-season — just. HC Peter Fraser’s Mt. Allison squad dropped a 33-31 decision to undefeated Acadia in the final week of the AUS season, but was saved by last-place St. FX which downed Saint Mary’s to preserve the Mounties’ playoff berth. MTA’s top playmaker is Jack Estabrooks, who led the AUS’ starting running backs in yards-per-carry (5.9) this season; also trending up is conference-leading DB Lucas Cormier, who paced the AUS in interceptions (5) and had four in his final four games.

Bishop’s is back in the playoffs for the first time since 2013 under the direction of HC Cherif Nicolas. Keep an eye on the Gaiters’ defence in this one, as they led the conference in sacks (24) but also finished fourth of five teams in points allowed (26.3). The duo of Louve Moussenguet and Guillaume Trottier combined for 9.5 sacks between them, though all but one came in the first half of the season.

For a full preview of each game, visit the U SPORTS website.