Knocking at the Door: Edwards aiming for first-time milestone 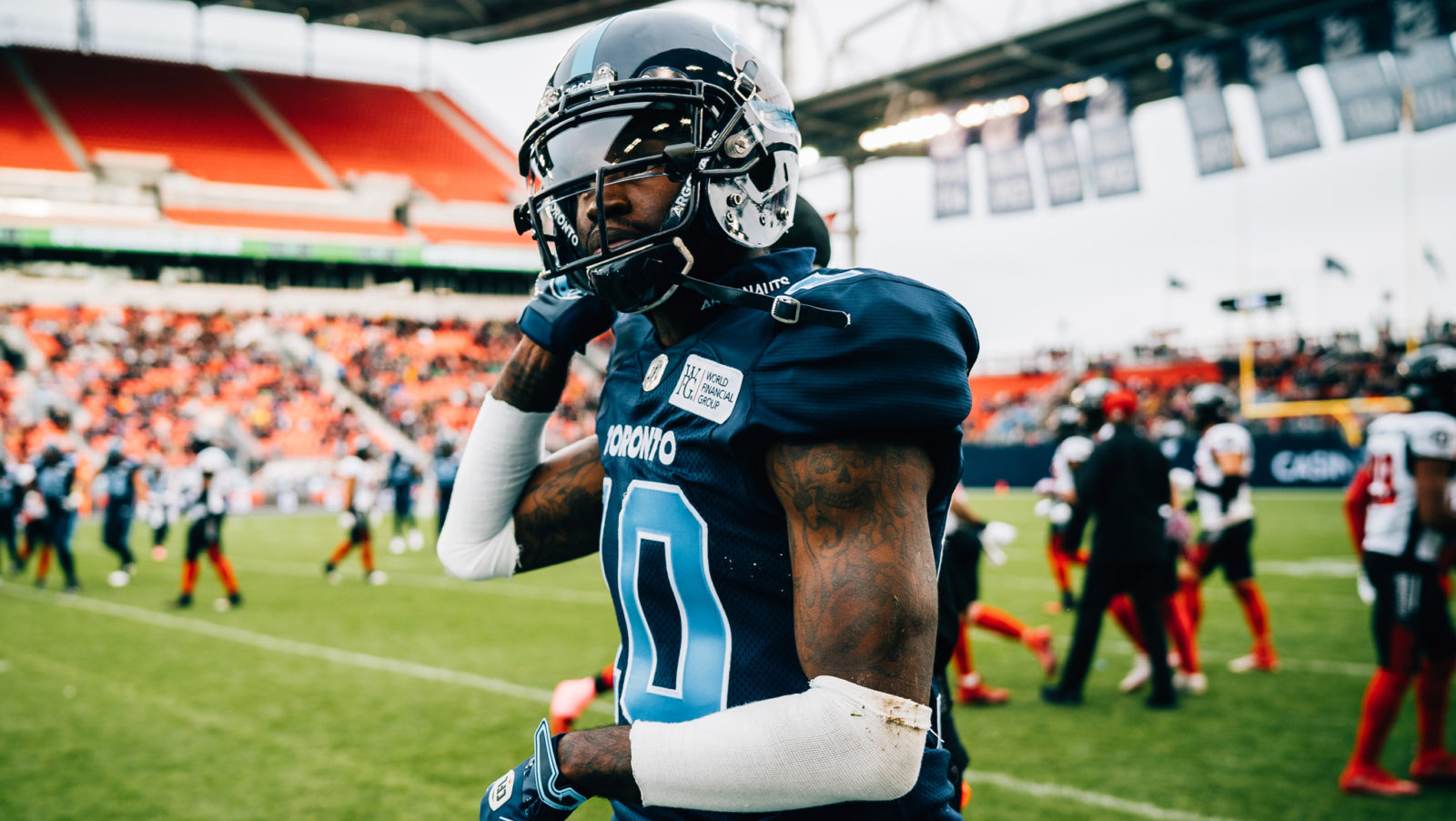 Knocking at the Door: Edwards aiming for first-time milestone

TORONTO — August 2, 2018: A day that many fans of the Toronto Argonauts will remember fondly. In his first start as a member of the double blue, McLeod Bethel-Thompson helped orchestrate a massive come-from-behind victory at the Ottawa REDBLACKS’ expense.

The Argos scored 22 points in the final quarter, with the final major seeing Bethel-Thompson step up in the pocket and deliver a strike to the left side of the end zone for Armanti Edwards. The veteran pass-catcher won the battle, pulling the ball down over Corey Tindal and staying in bounds to give Toronto the lead with a second remaining.

That one catch confirmed something that members of the Argos already know, if you throw a ball No. 10’s way, he’s almost certainly coming down with it.

Edwards grew up playing the receiver position, however, he made the switch to quarterback before attending college. He opted to attend Appalachian State, and after joining the program, he was named the starter for the Mountaineers as a true freshman. Over his 51 career NCAA games — all starts — he completed 65 percent of his passes for 10,392 yards and 74 touchdowns while adding 4,361 yards and 65 touchdowns on 755 rushes.

Edwards still holds 17 career records for the Mountaineers, including passing touchdowns, passing yards, rushing yards by a quarterback, and wins.

“It feels good. I haven’t really been keeping up with the records but it’s amazing that some of them are still under my name and it’s just a great feeling,” Edwards said of the accomplishments. “It’s been 10-plus years and they’re still talking about it.”

Following his collegiate career, Edwards was selected by the Carolina Panthers in the third round of the 2010 NFL Draft. He spent four seasons with the Panthers, being used primarily as a returner while also featuring in the pass game and, occasionally, as the man under centre in wildcat sets.

He’d be released by the team partway through the 2013 campaign, and following stops in Cleveland and Chicago, Edwards made the decision to head north of the border to join the Saskatchewan Roughriders.

His stint in Riderville saw him feature in just four games for the green and white. He would be shipped to Toronto in exchange for offensive lineman Peter Dyakowski ahead of the 2017 season.

Playing for two of the oldest active franchises in the CFL is a good way to acclimatize yourself to the league, but it was also the signal-callers on those teams that helped Edwards transition smoothly.

“It’s been great being able to play with the quarterbacks I’ve played with,” Edwards said. “(Darian) Durant in Saskatchewan — unfortunately, I only got four games with him — and then playing with Ricky Ray — obviously knowing his career.

“… Most importantly, just making lifelong friends has been really great.”

In his first season with the double blue, the 31-year-old finished the year with 962 yards and four touchdowns on 83 catches in 17 games. Most importantly, Edwards was able to help the Argos bring home the 105th Grey Cup in Ottawa.

“He’s just a great receiver,” Bethel-Thompson said of Edwards. “He knows the game really well, he has phenomenal hands and makes contested catches all the time. So he’s a great receiver and I have great respect for him.”

The Argos already had both Edwards and S.J. Green on offence, but the team made a splash this past offseason, landing multiple-time CFL All-Star Derel Walker. The trio has made life difficult on opposing secondaries this season, and they’ve grown closer as a unit with every passing week.

“Especially with SJ, this is my third year with him and we’ve become very close. Derel is a funny guy and it’s been great to get bits and pieces from his game and add it to mine,” Edwards said. “We’re all just talking amongst each other about what the quarterbacks see, how we’re going to do certain things against defenders, and just trying to make it work.” 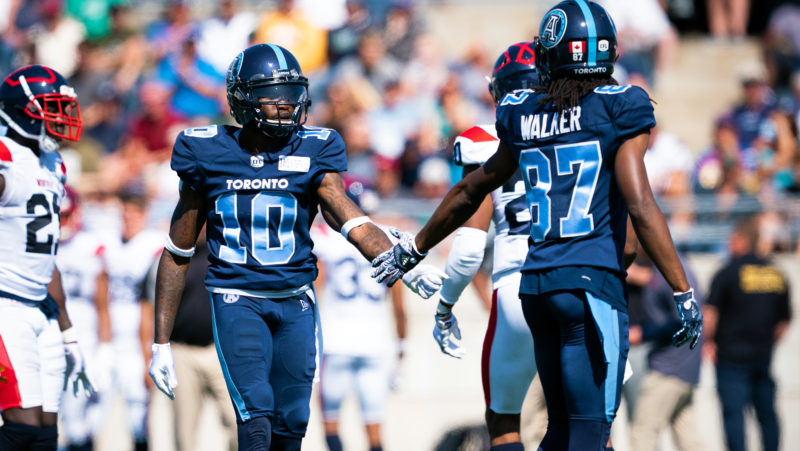 Walker eclipsed 1,000 yards earlier in the year while Green reached the milestone for the third consecutive season in Week 20. Edwards is now looking to hit the mark, and he needs just 48 yards on Saturday to do so. If he can get to 1,000 yards, it would be the first time in his career that he’d accomplish the feat. He’s come up under 100 yards short in each of the two previous seasons.

With the Argos looking to use some different names in the lineup, they’ll also be aiming to get Edwards across the line against the Hamilton Tiger-Cats in Week 21.

“We understand where we are. We understand that there won’t be a Grey Cup or anything this year but there are some individual accomplishments that guys have worked hard (for),” head coach Corey Chamblin said.

“The fruit of (Edwards’) labour is to get 1,000 yards. Once we reach that plateau then we’ll be able to feed the other guys the ball and find a way for them to start their careers.”

“It’s a goal for him so it’s a goal for us. We’re all kind of in this together. Hopefully, I can get the ball to him early and put him in a position to make a play. He’s great at making contested catches so whether he’s covered or not, you can throw the ball up to him.

“Hopefully, he brings it home early and gets those yards.”

As for the man himself, Edwards is just going out to try and do his job and help the team win. However, he is doing his best to speak the milestone into existence.