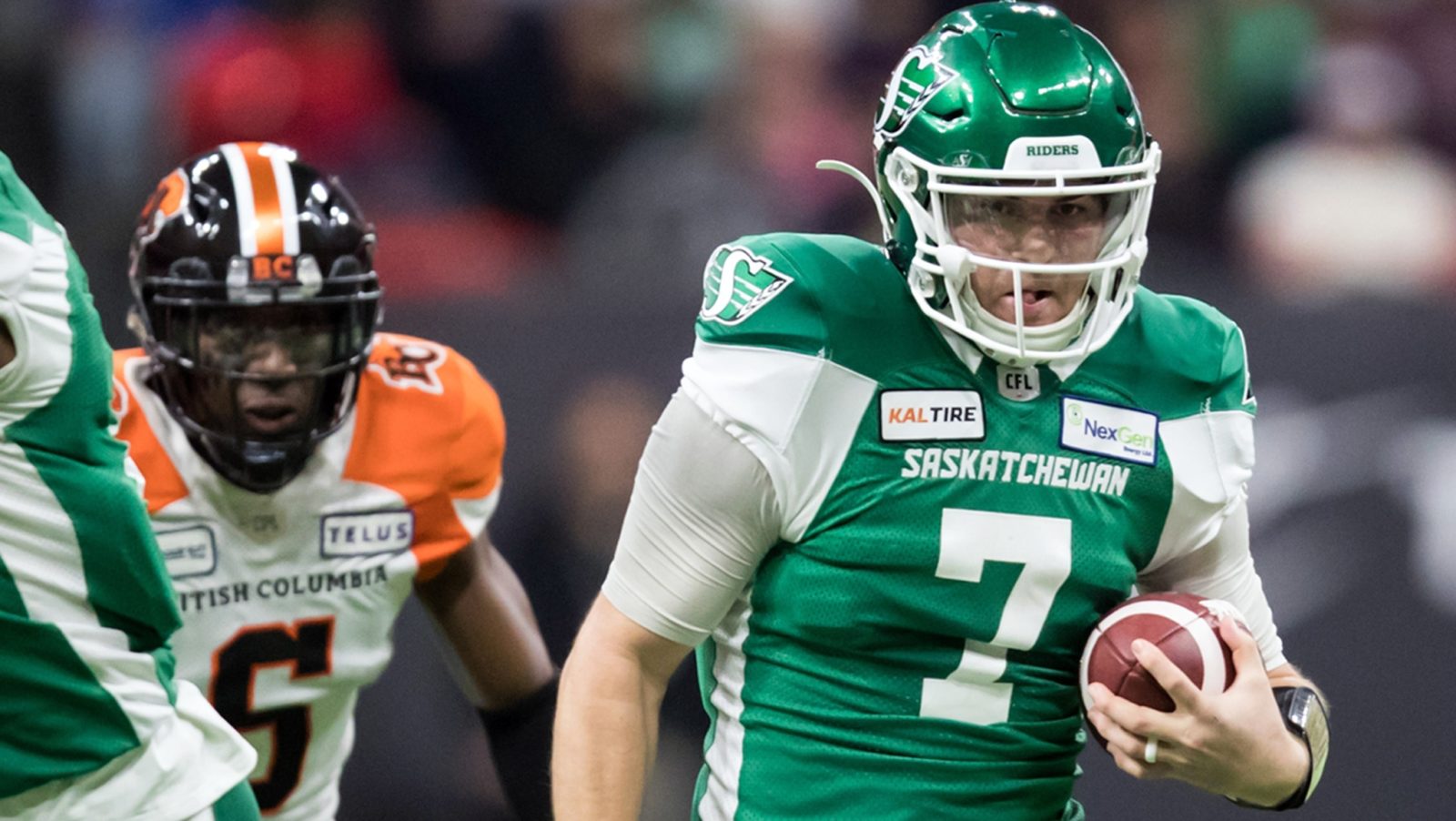 Saskatchewan Roughriders quarterback Cody Fajardo (7) runs the ball against the B.C. Lions during the first half of a CFL football game in Vancouver, on Friday October 18, 2019. (The Canadian Press)

REGINA — Saskatchewan Roughriders quarterback Cody Fajardo sat out Saturday’s regular season finale after being listed as a game-time decision leading into the matchup.

Fajardo was listed No. 1 on the team’s depth chart, but was ruled out an hour or so before game time as the Riders looked to wrap up the division against the Edmonton Eskimos.

Rookie quarterback Isaac Harker got the start in Fajardo’s place as he nurses a back injury.

A victory for the Riders would clinch their first West Division title since 2009.

In his first season as a starter, Fajardo has emerged as one of the league’s top up-and-comers, throwing 18 touchdowns and just eight interceptions with 4,302 passing yards. He’s also rushed for 611 yards, adding 10 more touchdowns on the ground.

Fajardo’s quarterback rating of 105.2 is the best among qualified active starters, while his 9.1 yards per attempt ties him for first with Dane Evans and Vernon Adams Jr.

This week, Fajardo was named the Riders’ Most Outstanding Player for 2019, making him eligible for the league-wide honour this November.