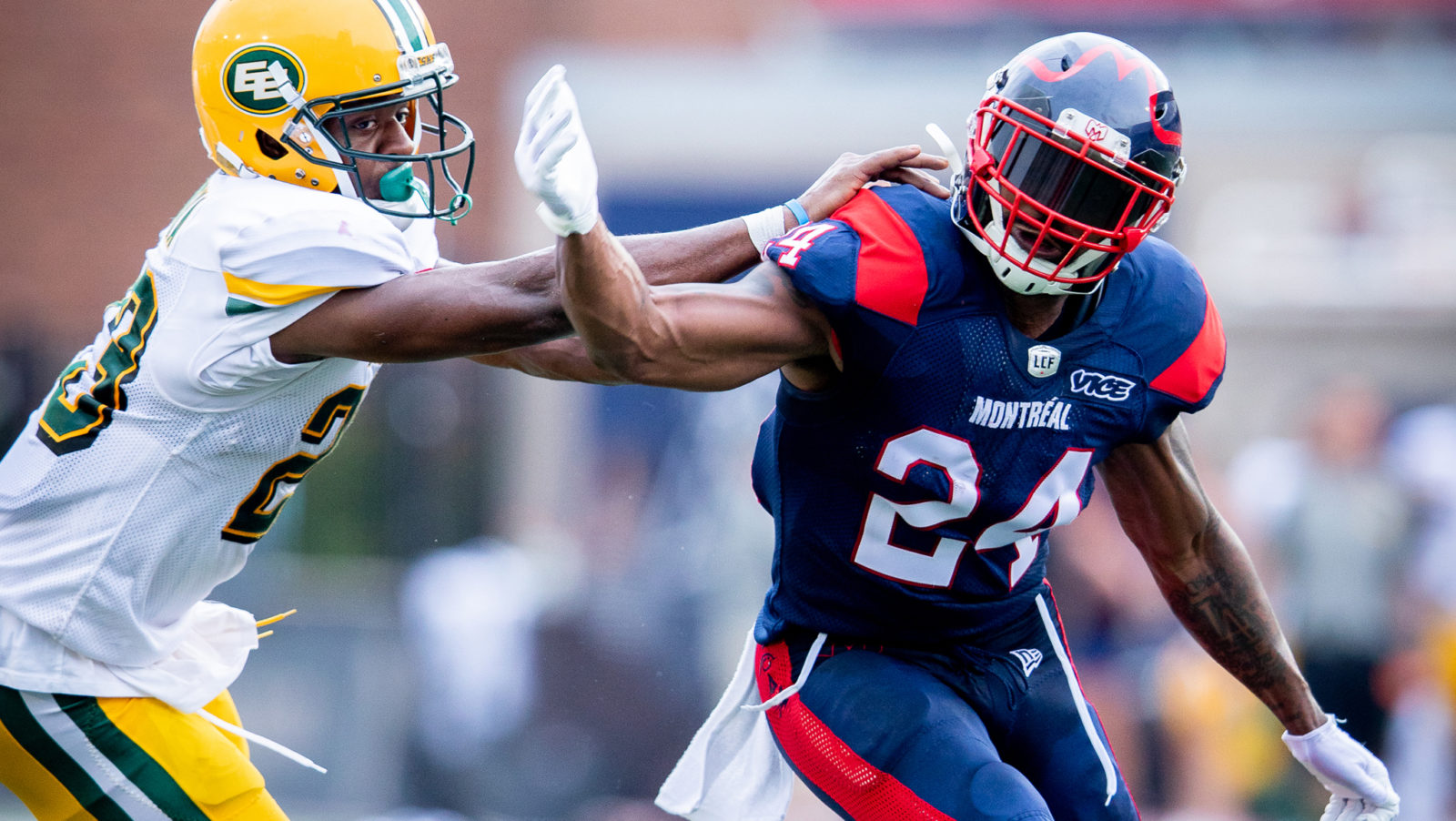 TORONTO — For the fourth straight season, the Eastern Semi-Final will feature a cross-division matchup as the Eskimos and Alouettes meet in Montreal.

After only meeting twice in the regular season, there’s no shortage of mystery surrounding these playoff dark horses, from the health of Trevor Harris to a resurgent Montreal franchise that will host its first playoff game since 2014.

While the Eskimos’ offence boasts an array of game-changing weapons, Harris has only played one game since being injured on Sept. 7. Now, one year after his record-breaking, six-touchdown performance in the Eastern Final, Harris will try to exploit an Alouette secondary that has battled consistency.

All that aside, the Als have evolved since a season-opening loss to Edmonton, back when Antonio Pipkin opened the year as their starter. Vernon Adams Jr. has become one of the CFL’s most exciting young playmakers, while William Stanback, Eugene Lewis and Quan Bray lead a rekindled offence that can outscore anyone.

Who has the edge in the Eastern Semi-Final? CFL.ca breaks it down, position by position. 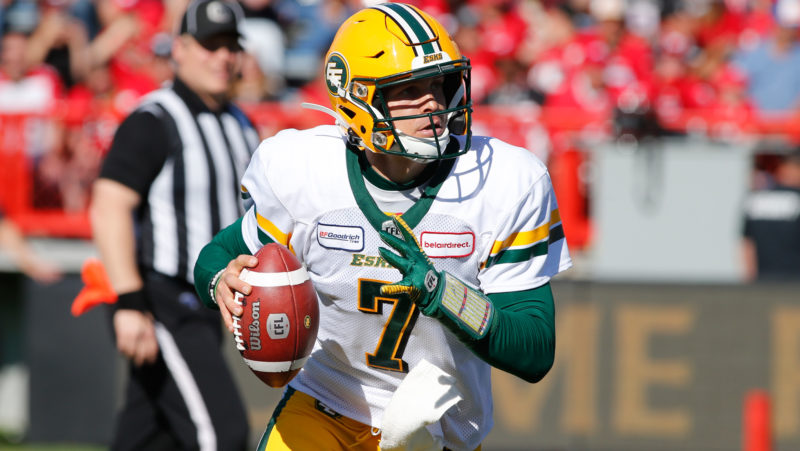 If healthy, there’s no reason Trevor Harris can’t carry the Eskimos on a deep playoff run. There are questions surrounding the Eskimos’ pivot after he was forced to miss four games due to an upper body injury. Can Harris rediscover the form that saw him lead the CFL’s top-ranked offence through August? On the other side, there’s plenty to like about Vernon Adams’ game, including his ability to come through in the clutch. It’s close, but Harris deserves the slight edge based on his elite accuracy and playoff experience. 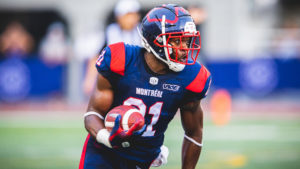 Despite cooling off the second half of the season, William Stanback leads all eligible running backs with 6.2 yards per carry. Stanback is the total package, running with purpose between the tackles but also able to break one outside for a big gain. Add in a speed threat in Jeremiah Johnson and the Alouettes have a dynamic duo that will be difficult to contain. For the Eskimos, don’t count out C.J. Gable, who crosses the 1,000-yard mark for the second consecutive season. The seventh-year veteran should be rested and ready for the post-season. 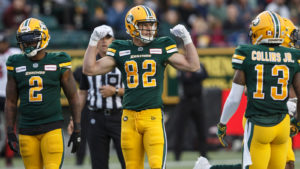 Quan Bray and Eugene Lewis have become households names in the CFL, Jake Wieneke is a wildcard, and veterans DeVier Posey and Chris Matthews round out a talented, under-the-radar group in Montreal. Inversely, when hitting on all cylinders, the Eskimos’ trio of Greg Ellingson, Ricky Collins Jr. and DaVaris Daniels could be second to none. After capping off his fifth straight 1,000-yard season, Ellingson has a chance to play in his fourth Grey Cup in five seasons. Former second round draft pick Tevaun Smith is also one to watch. 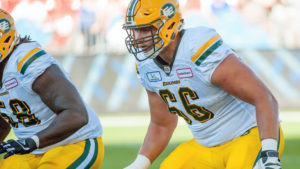 Led by 2018 second overall pick Trey Rutherford, the Alouettes’ offensive line hasn’t gotten enough credit for the team’s improved play this year. But the Eskimos have given up just 25 sacks this season, the fewest in the league by a wide margin — nine sacks ahead of Calgary. Anchored by 6-foot-11 guard Matt O’Donnell, the Esks’ O-line should give Trevor Harris enough time to operate against a susceptible Alouettes secondary, and C.J. Gable enough room to make some plays along the ground. 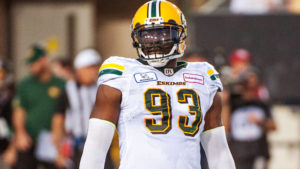 Not only did the Eskimos allow the fewest sacks offensively, they also led the league in sacks on defence. Mike Moore ranks second in the league among interior linemen with nine sacks, while Kwaku Boateng and Nick Usher provide a threat off the edge. For the Alouettes, John Bowman has been impressive as always, recording eight sacks at age 37. But the Als’ defensive line hasn’t been able to generate consistent pressure in 2019, ranking last in the league in takedowns. That spells trouble with quarterbacks like Trevor Harris and possibly Dane Evans on the slate. 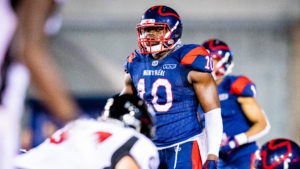 Linebacker was one of Eskimos GM Brock Sunderland’s biggest priorities in the off-season, landing Jovan Santos-Knox and Larry Dean early in free agency. Yet it’s been rookie Vontae Diggs making headlines in 2019, recording 64 tackles, two fumble recoveries and a forced fumble. The Alouettes are led by former first overall pick Henoc Muamba, along with mid-season addition Chris Ackie at WILL. There isn’t much between these two sides, which both feature hard-hitting playmakers that could make life difficult for the pivots. 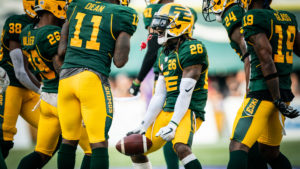 The Alouettes’ secondary struggled over the second half of the season, allowing an opposing quarterback rating of 105.3 to go with 294 yards per game over their final nine contests. Perhaps Ciante Evans, who’s back from injury just in the nick of time, can help the Als get on track in the playoffs. On the opposite side, the Eskimos’ secondary has allowed just 223.5 yards per game, leading the CFL. Josh Johnson has been one of the league’s better cover corners, while Forrest Hightower and Money Hunter round out an underrated group. 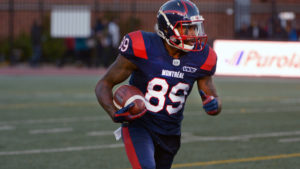 It’s been four years and a total of 80 games since the Eskimos last scored on a kick return touchdown. Now, their return game must operate without Christion Jones, who’s suffered a season-ending injury. For the Alouettes, the late-season emergence of Mario Alford, a speedster out of West Virginia, has made a big difference on special teams. Alford, who once recorded a 4.27 40-time at a pre-draft pro day, has already found the end zone twice, displaying game-changing ability that the Eskimos just can’t match on special teams. 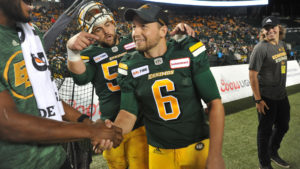 Boris Bede has recaptured his rookie form of 2015, connecting on 88.6 per cent of field goals this season in addition to 43 of 45 extra point attempts. The Als can trust their kicking game, but few veterans have been as reliable as Sean Whyte over the years. The Eskimos’ kicker, who once played for the Als, has operated at 87 per cent or better for six straight seasons. If the Eskimos’ offence continues to struggle in the red zone, Whyte’s steady leg could be the difference, as evident in his career-high 47 field goals in the regular season.