TORONTO — It’s the final week of the regular season and we have our final weekly winner.

MAMA DEB shot to the top of the last regular season weekly leaderboard with 129.3 points.

MAMA DEB picked Hamilton Tiger-Cats running back Cameron Marshall (28.3 points) this week who scored two touchdowns to go along with 109 yards on 18 attempts. He also added three catches for 24 yards out of the backfield.

Take a look at the rest of MAMA DEB’s roster: 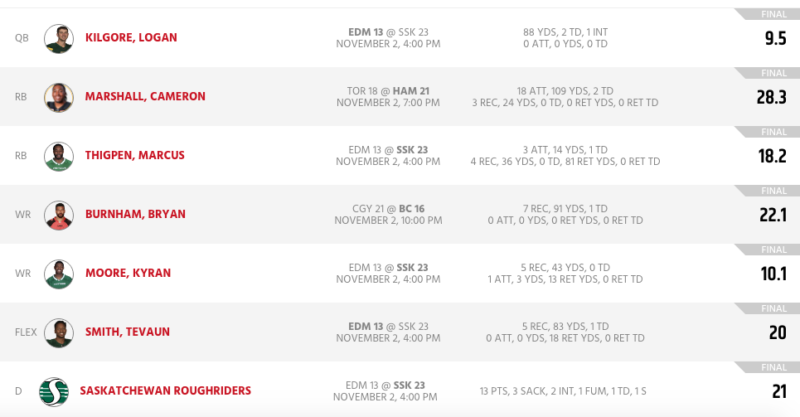 Marcus Thigpen (18.2 points) was MAMA DEB’s other RB. The Riders tailback rushed three times for 14 yards and a major score while also catching four passes for 36 yards and 81 return yards.