Numbers Don’t Lie: 3 stats that will define the Western Semi

Numbers Don’t Lie: 3 stats that will define the Western Semi

CALGARY — The Winnipeg Blue Bombers and Calgary Stampeders have no need for introductions.

On Sunday, the West Division rivals will meet for the third time in four weeks, deciding once and for all who gets to advance to the second round of the Grey Cup Playoffs.

What happens when polar opposites clash? The Stamps and Bombers couldn’t be more different, with Calgary leaning on a prolific passing attack led by Bo Levi Mitchell and a duo of 1,000-yard receivers in Reggie Begelton and Eric Rogers.

The Bombers, on the other hand, are built to win on the ground, led by league leading rusher Andrew Harris and a defence allowing an incredible 64.2 yards per game via the run.

Adding a wrinkle to Sunday’s game is the presence of Zach Collaros, whose second half touchdown led Winnipeg over Calgary in Collaros’ debut in Week 20. The duo of Collaros and Chris Streveler could be a handful for Calgary’s defence.

What will be the difference in Sunday’s Western Semi? CFL.ca has the numbers you need to know: 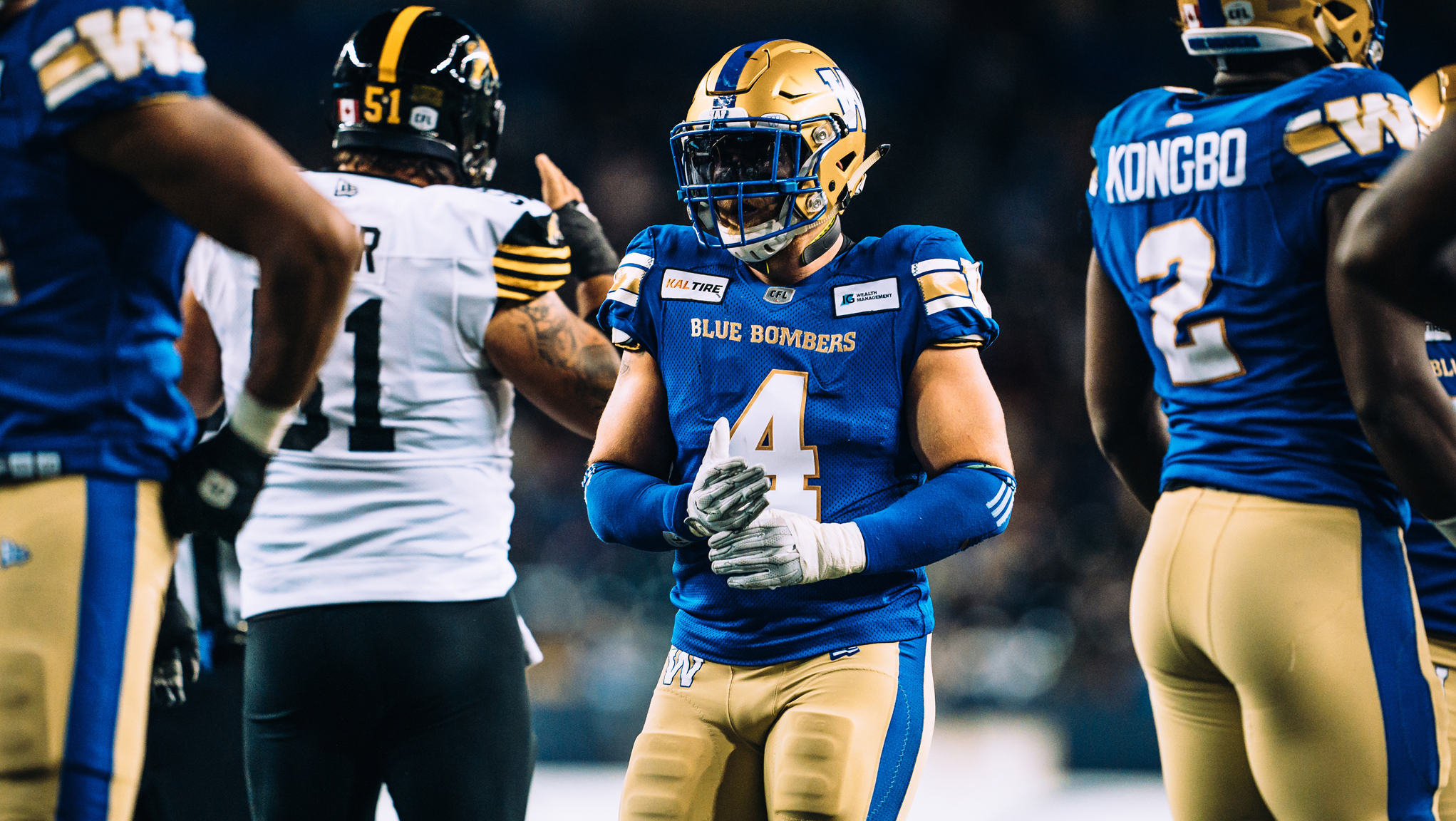 Dating back to 1958, only one team — the 1995 Stampeders — has allowed fewer rushing yards than the 2019 Winnipeg Blue Bombers. Richie Hall’s defence has suffocated opposing offences, giving up just 4.5 yards per attempt, nine total touchdowns and 14 attempts per game.

The Stamps couldn’t run the ball against the Bombers this season, averaging 44.7 yards per outing in three head to head contests. Meanwhile, Calgary possesses the CFL’s worst-ranked rushing attack in 2019, with 73.4 yards per game and just 269 attempts on the season.

For Calgary, struggles on the ground are uncharacteristic of a Dave Dickenson coached team, one that usually ranks among the top rushing teams in the CFL. However, with Bo Levi Mitchell playing some of the best football of his career, the Stamps’ offence hasn’t really suffered.

While Don Jackson looks to regain his starting job and re-establish the run in Calgary, the Stamps are likely to lean more on their passing attack, led by receiving stars Eric Rogers and Reggie Begelton.

In any case, the run game presents an obvious mismatch in favour of the Winnipeg. So can the Bombers take advantage?

2.3  –  Average margin of victory between Calgary and Winnipeg 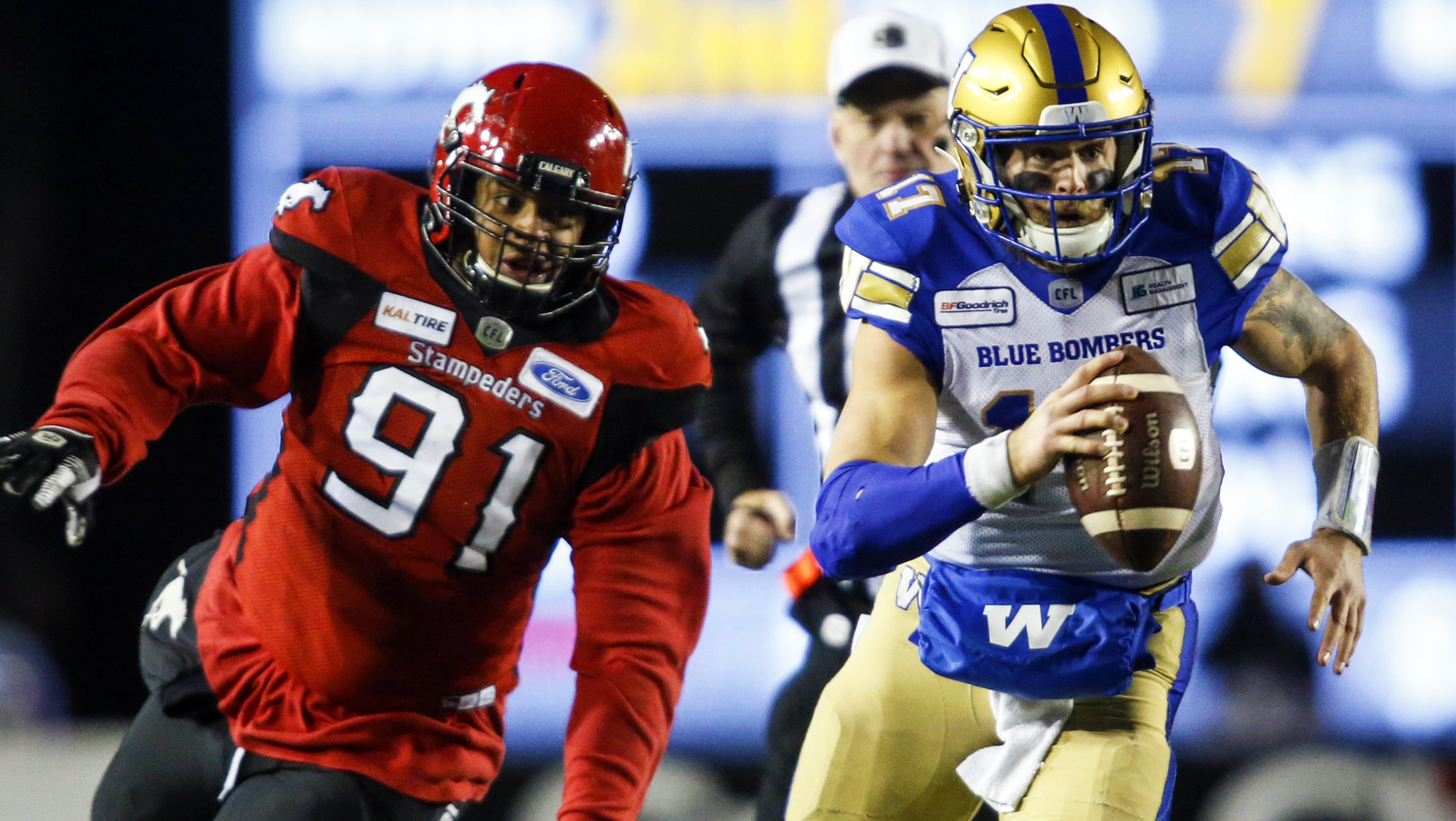 No matter who wins, you can expect the Bombers and Stampeders to go down to the wire. That’s been the theme between these two teams this season, with Winnipeg taking two victories by a combined margin of three points. The Stampeders’ lone win, meanwhile, was by four points — a total difference of just a single point in the season series.

With the game on the line, who has the edge? For the Stamps, Bo Levi Mitchell is no stranger to close games, leading the CFL in all-time quarterback winning percentage. This season alone, 13 of the Stampeders’ 18 contests have been settled by only a single score.

Zach Collaros, on the other hand, knows how to beat Calgary. The Bombers’ veteran, who has 74 career games on his resume, has a personal three-game winning streak against the Stampeders. Most recently, Collaros completed 22 of 28 passes vs the Stamps, including a game-winning fourth quarter touchdown pass.

For two teams that have had plenty of last-minute drama in 2019, there’s no reason to expect anything different in Sunday’s semi-final. 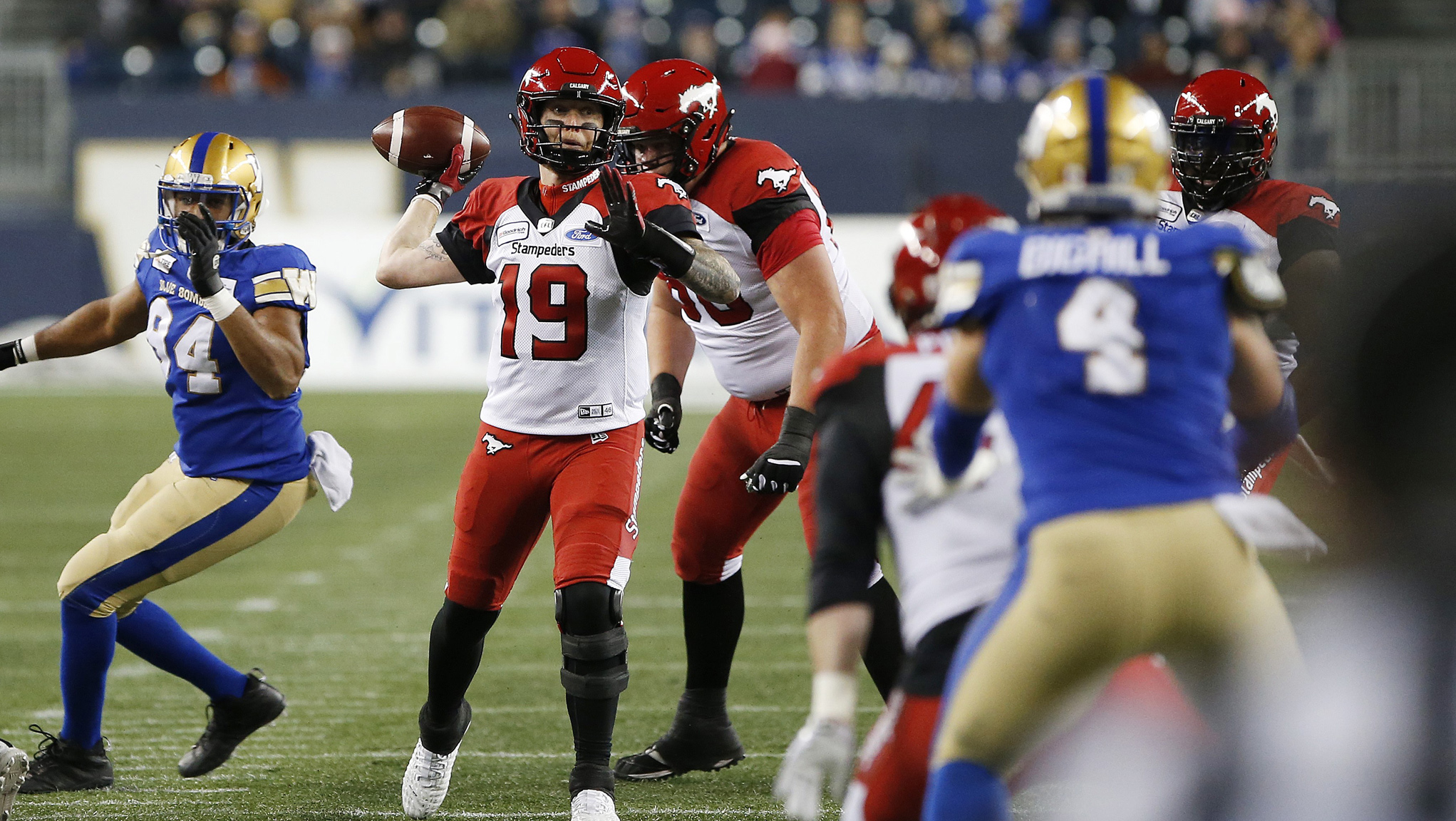 Bo Levi Mitchell is in the midst of a career stretch, averaging 326 yards per game since returning from injury (The Canadian Press)

A strained pectoral was cause for concern for Stamps fans, as Bo Levi Mitchell missed seven starts and even endured a setback on his way back to the lineup. But the franchise quarterback returned for September, winning his next four starts while showing no worse for wear.

Mitchell has won two Grey Cups, two Most Outstanding Player awards, and is the CFL’s all-time win percentage leader. Yet those close to the team argue the 29-year-old has never thrown the ball better than right now. Since returning from injury, Mitchell has averaged 326 passing yards per game.

Moreover, Mitchell has owned the Bombers over the last five meetings, dating back to the start of 2018. Over that span, the Stampeders’ quarterback has thrown for 14 touchdowns and just one interception against Winnipeg, averaging 325 yards per game, 8.8 yards per attempt and compiling a sterling QB rating of 115.0.

It’s no secret, 2019 has been a year of transition for the Calgary Stampeders, who lost roughly two thirds of their starting defence along with key offensive contributors. But it’s hard to argue with their long-term investment at quarterback. Given the Bombers’ struggles defending the pass — they’ve allowed 303 yards per game through the air and a league-high 32 completions of 30-plus yards — the Calgary offence is expected to take flight.