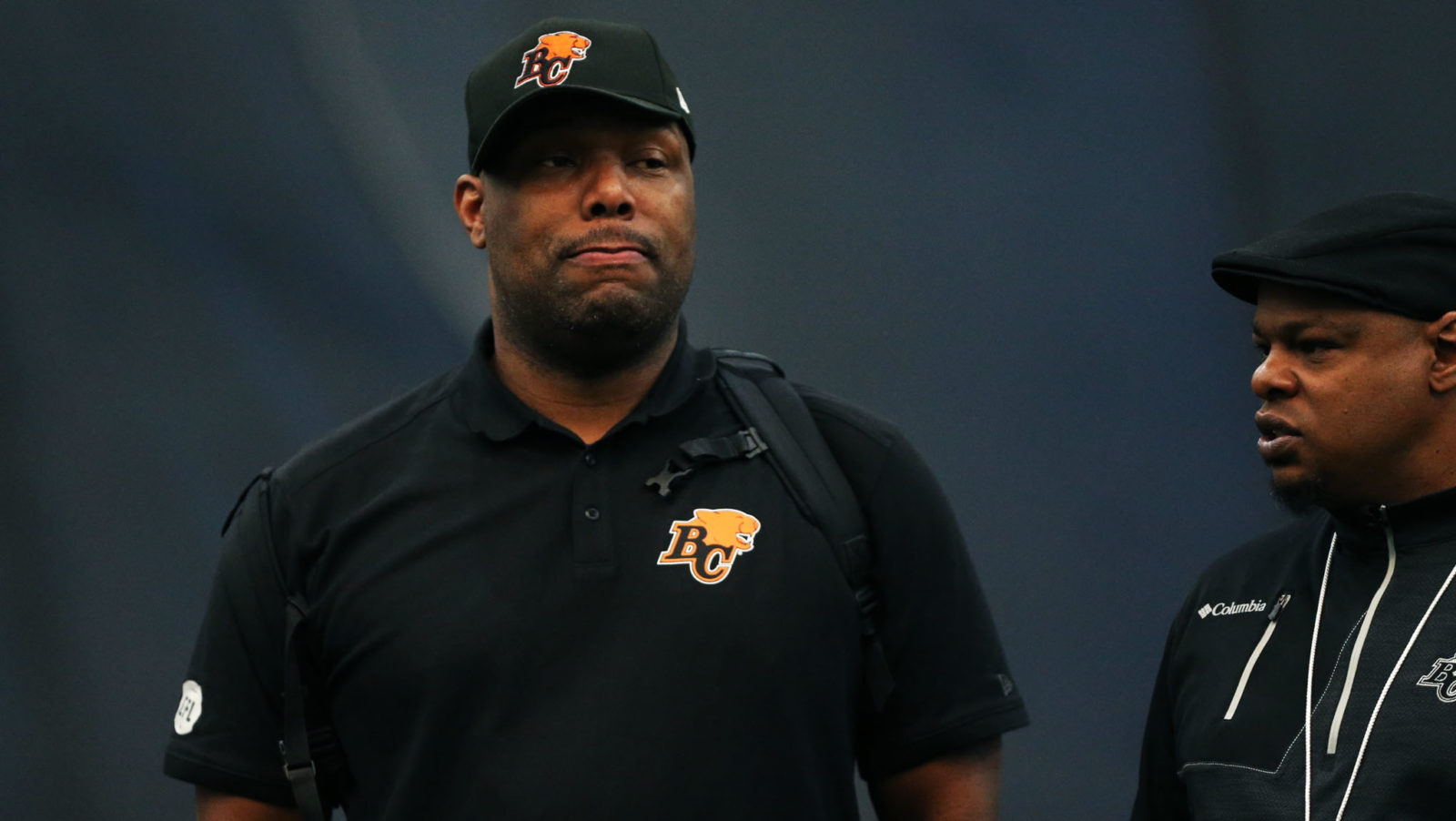 VANCOUVER — The BC Lions have relieved Head Coach DeVone Claybrooks of his duties, the team announced Wednesday.

The move comes four days after a season-ending loss to the Calgary Stampeders, capping off a 5-13 campaign and last-place finish in the CFL West Division.

“We thank DeVone for his time and dedication while also wishing him the very best in the future,” added Hervey. “This decision was difficult, but we will continue to do everything possible to reach and exceed the standards we have committed to within our organization.”

RELATED
» O’Leary: What’s next for the non-playoff teams?
» Hervey: We didn’t live up to expectations
» Nissan Titan Power Rankings: Welcome to the playoffs

After finishing .500 in 2018, Hervey shook up both the roster and coaching staff in BC, signing top free agent quarterback Mike Reilly along with offensive lineman Sukh Chungh, defensive back Aaron Grymes and receiver Duron Carter.

However, the Lions failed to deliver on high expectations, dropping 10 of their first 11 contests and quickly falling out of playoff contention in the West.

Their biggest troubles were on offence, which ranked second-last in the CFL with 323.8 yards per game, ahead of only the Ottawa REDBLACKS. Protection was a significant issue through the first half of the season, and the team surrendered a league-high 58 sacks when all was said and done.

For Hervey, the decision to part ways with Claybrooks marks what could be a defining off-season as Lions general manager. The former CFL receiver was hired to become the Lions’ GM following the 2017 season. In the two years since Hervey took over for Wally Buono, the Lions have compiled a 14-22 record and made the post-season once.

If only one thing is certain for 2020, it’s probably that Reilly will continue to be the face of the franchise. The 34-year-old former Most Outstanding Player has three years left on his deal, and aims to bounce back from his worst statistical season since 2015.

It was only a year ago that Claybrooks was considered one of the top coaching candidates. The former defensive lineman was the Stampeders’ defensive coordinator from 2016 to 2018 before being hired to coach the Lions. He won two Grey Cups as a member of Calgary’s coaching staff.