Checking Down: News and notes from Division Semi-Finals 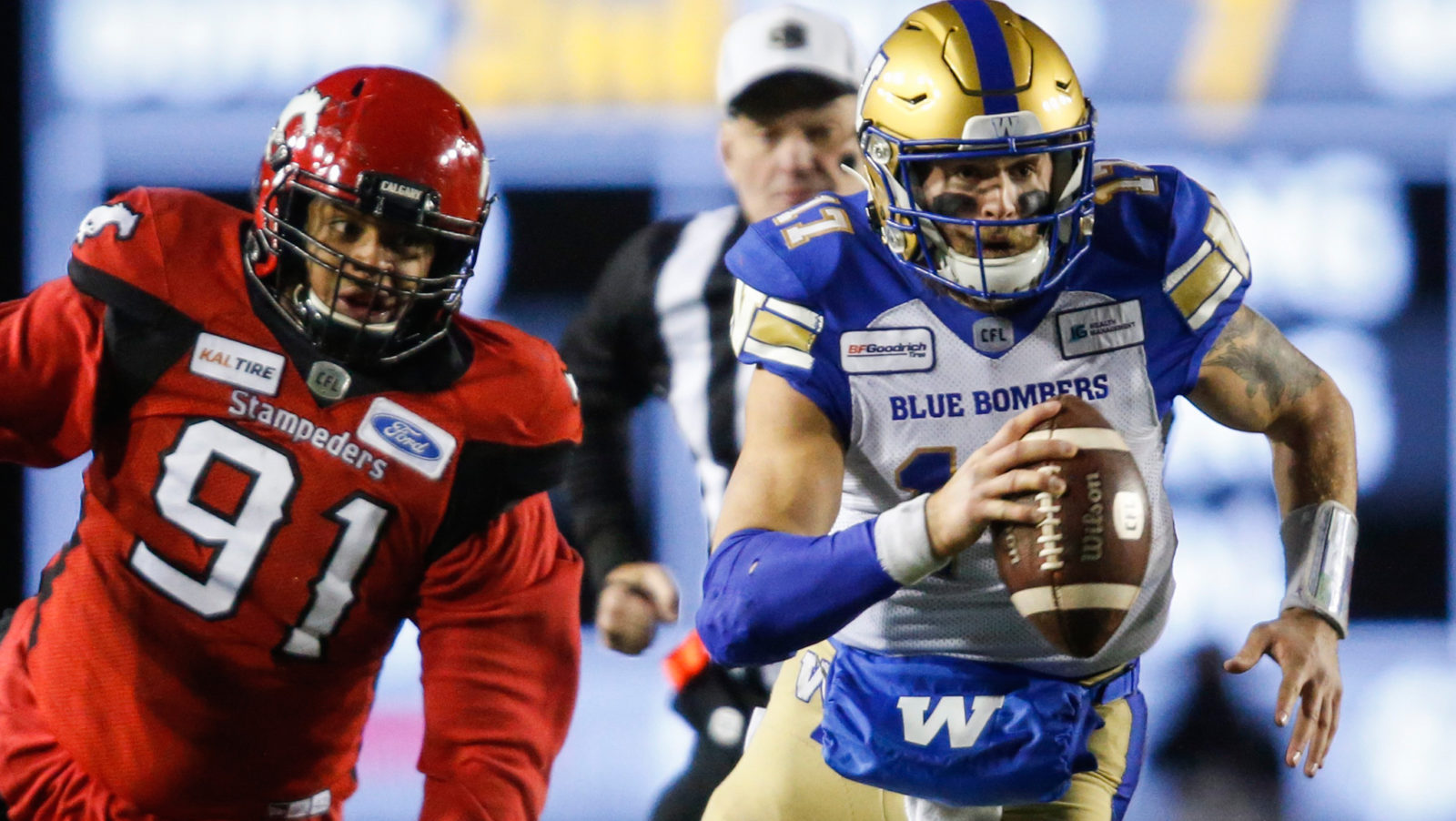 Checking Down: News and notes from Division Semi-Finals

TORONTO — The regular season has barely concluded and the rumour mill is already spinning following the coaching departures of Rick Campbell and DeVone Claybrooks.

Plus, will C.J. Gable, Chris Streveler and DeVier Posey be ready to play in Sunday’s division semis?

Finally, how will the Stampeders’ receiving corps shake out as Kamar Jorden makes his triumphant return to practice?

The latest news and notes from around the CFL in this week’s playoff edition of Checking Down:

– The work to rebuild the Lions has already begun.  Regardless of how the now-departed DeVone Claybrooks managed the squad, he wasn’t short on weapons following an off-season where the Leos stole one of the league’s elite QBs from Edmonton (Jim Morris/CFL.ca).

– For Lemar Durant, leaving the Grey Cup winning Stampeders for a one-year deal with BC was a risk that paid off after signing a lucrative contract extension on Thursday (J.J. Adams, Vancouver Province).

–  The Eskimos will have DB Arjen Colquhoun back in the lineup for the Eastern Semi, while Forrest Hightower has been added to the injured list and will miss Sunday’s game (CFL.ca).

– With a vacancy in the return game, the Esks could call on both Travon Van and Jamill Smith on Sunday (Dave Campbell, CHED).

– With unpredictable weather set to hit Montreal, the Eskimos are getting their star RB back at the perfect time as CJ Gable returns (Chris O’Leary/CFL.ca).

– WR Kamar Jorden was participating at practice on Wednesday, though it’s unknown whether he’ll return to the lineup (Danny Austin, Calgary Sun).

– DB Tre Roberson was also back at practice along with Canadian LB Cory Greenwood as the Stamps’ defence suddenly has some reinforcements (Danny Austin, Calgary Sun).

– Cordarro Law and WR Eric Rogers were absent from the field on Friday though it’s too early to draw any serious conclusions about their status (CFL.ca).

– Kamar Jorden was participating at practice on Friday and could be in the lineup Sunday (CFL.ca).

–  Despite a late-season injury, QB Cody Fajardo expects to be under centre when the Riders host the Western Final next week (Taylor Shire/Global).

– Fajardo said he is not concerned with the amount of discomfort that could come from starting in the Division Final, saying he will play ‘no matter how painful it is’.  He is also expected not to practice with the Riders on Friday (Jamie Nye).

– DB Winston Rose felt he had something to prove after not being named an All-Star in 2018 and worked hard to get his first nod this week after his second-straight season leading the league in interceptions (Kristina Costabile, CFL.ca).

– When the Bombers hit the field on Wednesday, it was QB Zach Collaros taking the majority of the first-team reps, according to a report from Bob Irving (CFL.ca).

– QB Chris Streveler says he is not 100% healthy but did participate in practice on Wednesday (Darrin Bauming, TSN1290).

– Head coach Mike O’Shea confirmed after practice on Thursday that the team and Anthony Gaitor have parted ways (CFL.ca).

– Despite practicing on Wednesday, Streveler did not practice on Thursday and his status is unclear for Sunday’s contest (Dave Naylor, TSN).

–  Despite earning a bye to the Eastern Final, the Ticats are not taking the extra time to rest entirely.  Orlondo Steinauer said that they will prepare equally for both Edmonton and Montreal all this week until they know their opponent (CFL.ca).

– With two of the three non-playoff teams dismissing their head coach, eyes turn to Toronto where GM Michael Clemons says he will take a bit more time before deciding what to do with his sideline boss Corey Chamblin (CFL.ca)

– The Argos locked up a pair of role players from 2019 this week, extending K Tyler Crapigna and OL Isiah Cage (CFL.ca).

– With the Rick Campbell era now over, the REDBLACKS could revisit the idea of bringing in former Eskimos GM and head coach Danny Maciocia (3DownNation).

– Despite practising with the starters on Thursday, Alouettes receiver DeVier Posey is considered questionable for Sunday’s semi-final vs. Edmonton (Herb Zurkowsky, Montreal Gazette).

– Veteran corner Tommie Campbell has missed time at practice this week and was replaced by Jarnor Jones. However, Head Coach Khari Jones expects Campbell to be available for Sunday (Herb Zurkowsky, Montreal Gazette).

– It’s been a long time since his last game, yet recently-signed Gabriel Knapton has a chance to suit up in the semi-final, according to Herb Zurkowsky (Montreal Gazette).

– The Als are about to head into their first playoff game since 2014 and they need to look no further than veteran John Bowman for leadership as he is one of the few who have played a home playoff game in Montreal (CFL.ca).

– The Als and Esks only play twice a year but one thing they have in common is the play of their Canadian talent which has been on full display this season (Marshall Ferguson/CFL.ca).