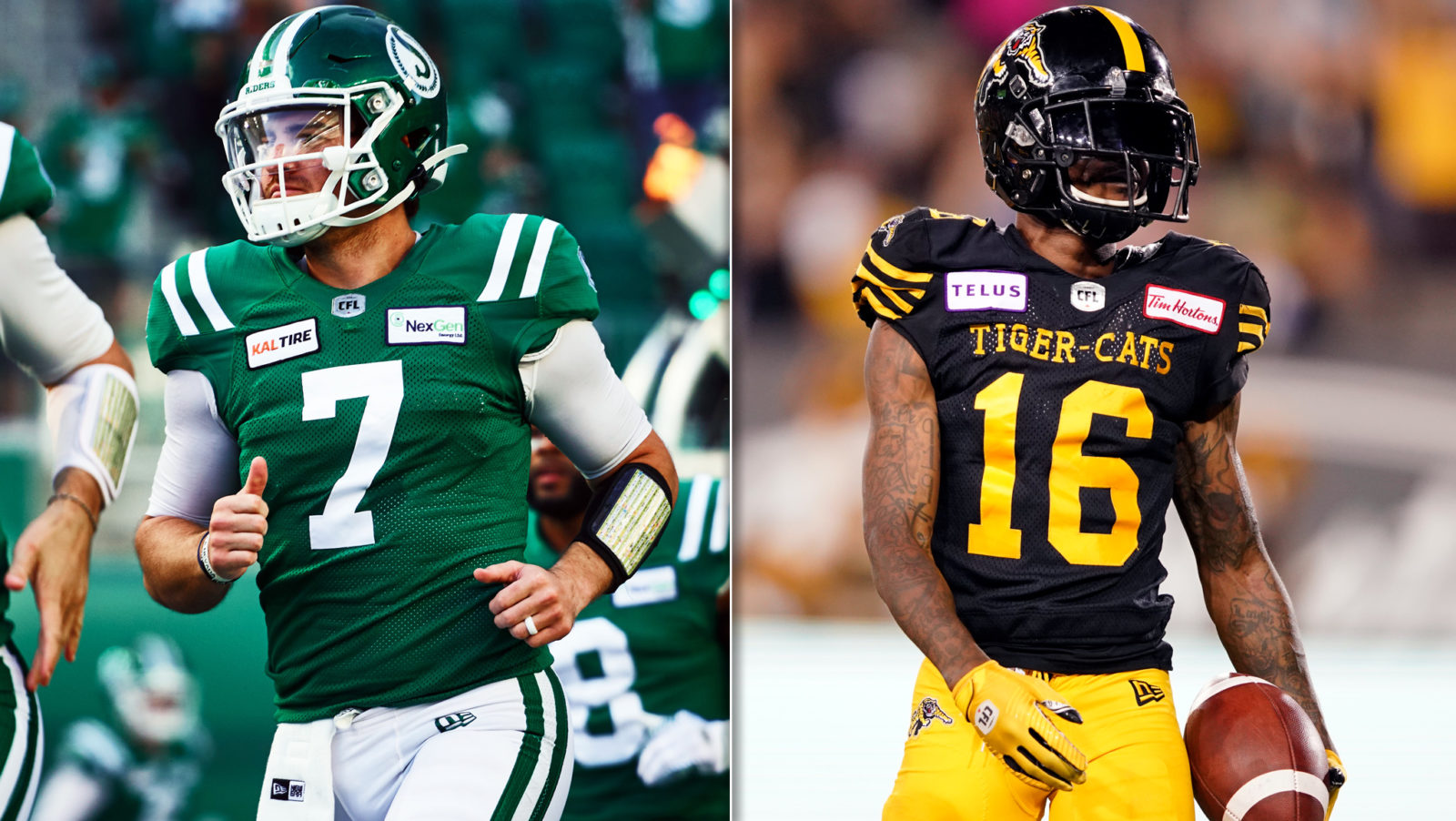 TORONTO — Saskatchewan Roughriders quarterback Cody Fajardo and Hamilton Tiger-Cats receiver Brandon Banks will vie for the league’s top individual honour, the Most Outstanding Player award, at the 2019 Shaw CFL Awards on Thursday, November 21 at the Scotiabank Saddledome in Calgary.

The evening ceremony recognizes the league’s top performers in seven categories as voted by the Football Reporters of Canada and head coaches from across the league. In addition, The Commissioner’s Award, the Jake Gaudaur Veterans’ Award, the Tom Pate Memorial Award, the Hugh Campbell Distinguished Leadership Award and the inaugural Jane Mawby Tribute Award will honour individuals from across the CFL.

The 107th Grey Cup presented by Shaw will be played on Sunday, November 24, 2019 in Calgary at McMahon Stadium, and broadcast across Canada on RDS and TSN – the country’s most-watched specialty network. This year’s championship will mark the fifth time Calgary has hosted the game and the first since the 97th Grey Cup in 2009. A limited number of tickets are still available at Ticketmaster.ca/GreyCup. 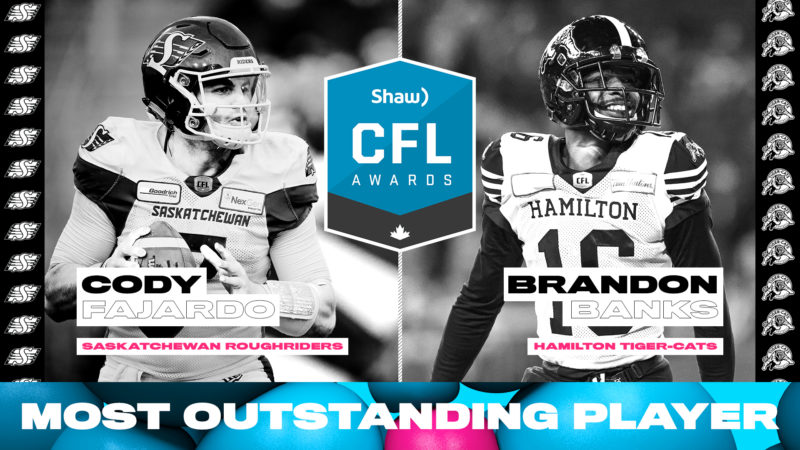 First-year starter Cody Fajardo established new career-highs in passing yards (4,302), rushing touchdowns (10) and touchdown passes (18), while completing 71.5% of his attempts, leading Saskatchewan to its first Division title since 2009. The former member of the Nevada Wolfpack led the league in passing and reached the 300+ yards plateau on six occasions. The Brea, Calif., native finished 12-4 as a starter.

Brandon Banks‘ stellar season included new personal-bests in receiving yards (1,550), receptions (112) and touchdowns-scored (16). The Kansas State alum helped guide the Hamilton Tiger-Cats to a franchise-record 15 victories and his 112 catches established a new team record. The native of Garner, N.C., was the only player this season to score a touchdown in three different ways (kick return, receiving and rushing). 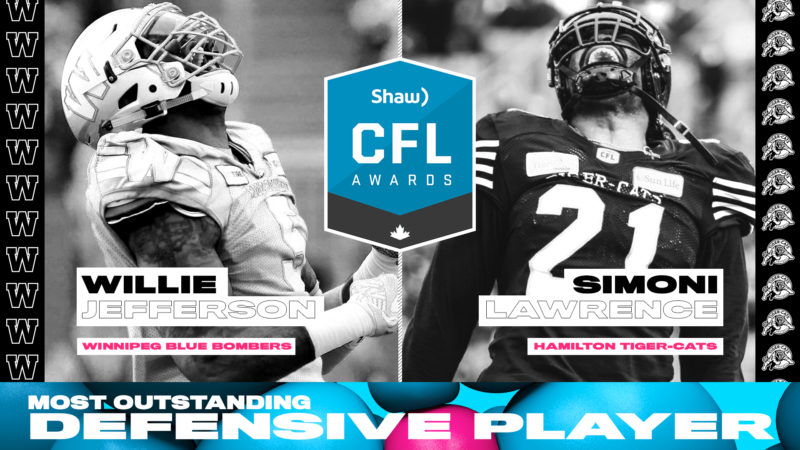 In his first season with the Winnipeg Blue Bombers, Willie Jefferson set a career-high 12 sacks, added 24 tackles and an interception, forced six fumbles and recovered two, registered five tackles for a loss and set a CFL record with 16 pass knockdowns. Jefferson led the Bombers defence to league-highs in opponent rushing yards, turnovers forced and pass knockdowns. 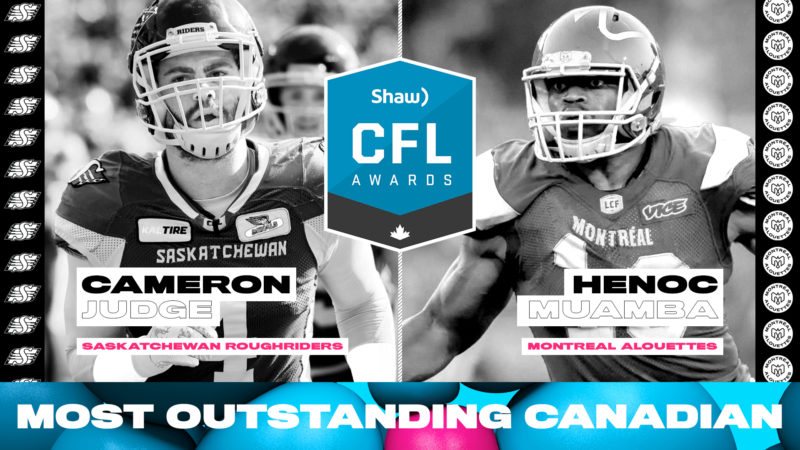 Henoc Muamba notched 93 tackles, four tackles for a loss, three pass knockdowns en route to his second-career Most Outstanding Canadian nomination with the first coming in 2013. The St. Francis Xavier X-Men alumnus helped guide the Alouettes to their first double-digit win season since 2012 and their first home playoff date since 2014. 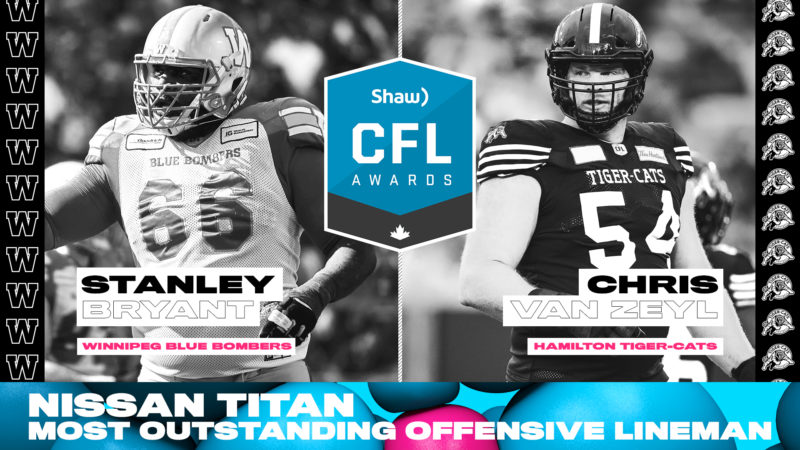 Goldsboro, N.C., native, Stanley Bryant has been named a finalist for the Nissan TITAN Most Outstanding Lineman for the third consecutive season. The Winnipeg offence averaged the CFL’s second-most points (28.2) and led the league in rushing yards (147.9 per game) behind Andrew Harris’s rushing title.

In his first season with Hamilton, Chris Van Zeyl anchored an offensive line that enabled their quarterbacks to total league-highs in passing yards (5,626), touchdowns (48) and net offence (395.1 yards per game). 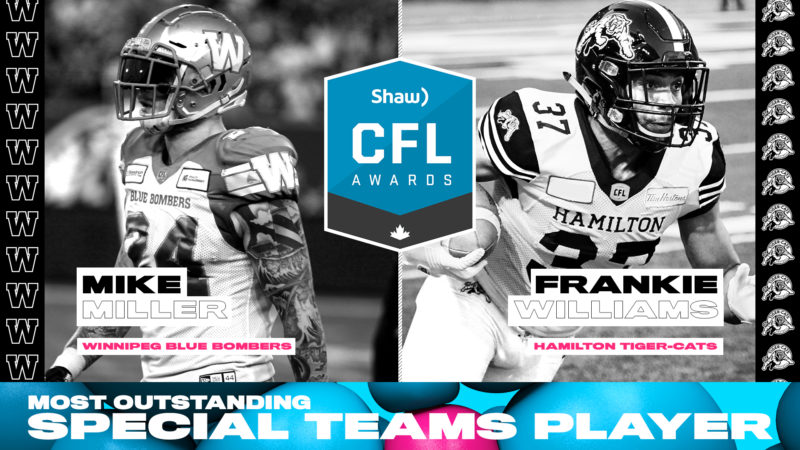 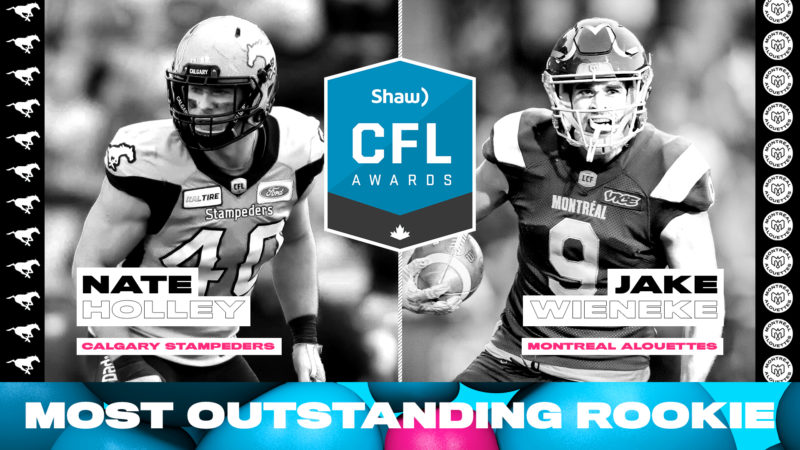 Nate Holley appeared in all 18 games, recording 78 defensive tackles, 22 special teams tackles, a sack and an interception. The Kent State alum finished second in the league with 107 defensive plays. 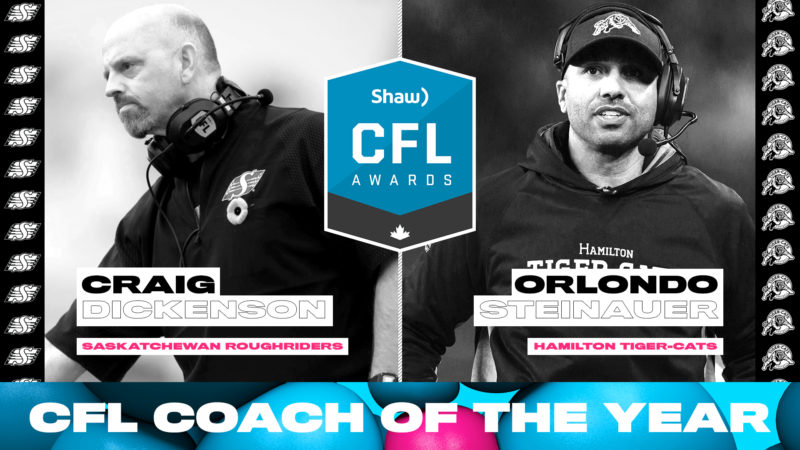 In his first season with Saskatchewan, Craig Dickenson led the team to its first division crown since 2009, compiling a 13-5 record. The Roughriders led the West Division with a +101 point differential and an 8-1 mark at Mosaic Stadium.

Orlondo Steinauer matched a CFL record for victories by a first-year head coach (15), including a perfect 9-0 mark at Tim Hortons Field. Hamilton topped the league in points-for (551) while allowing the fewest points (344).