Nye: Who would be the best opponent for Riders? 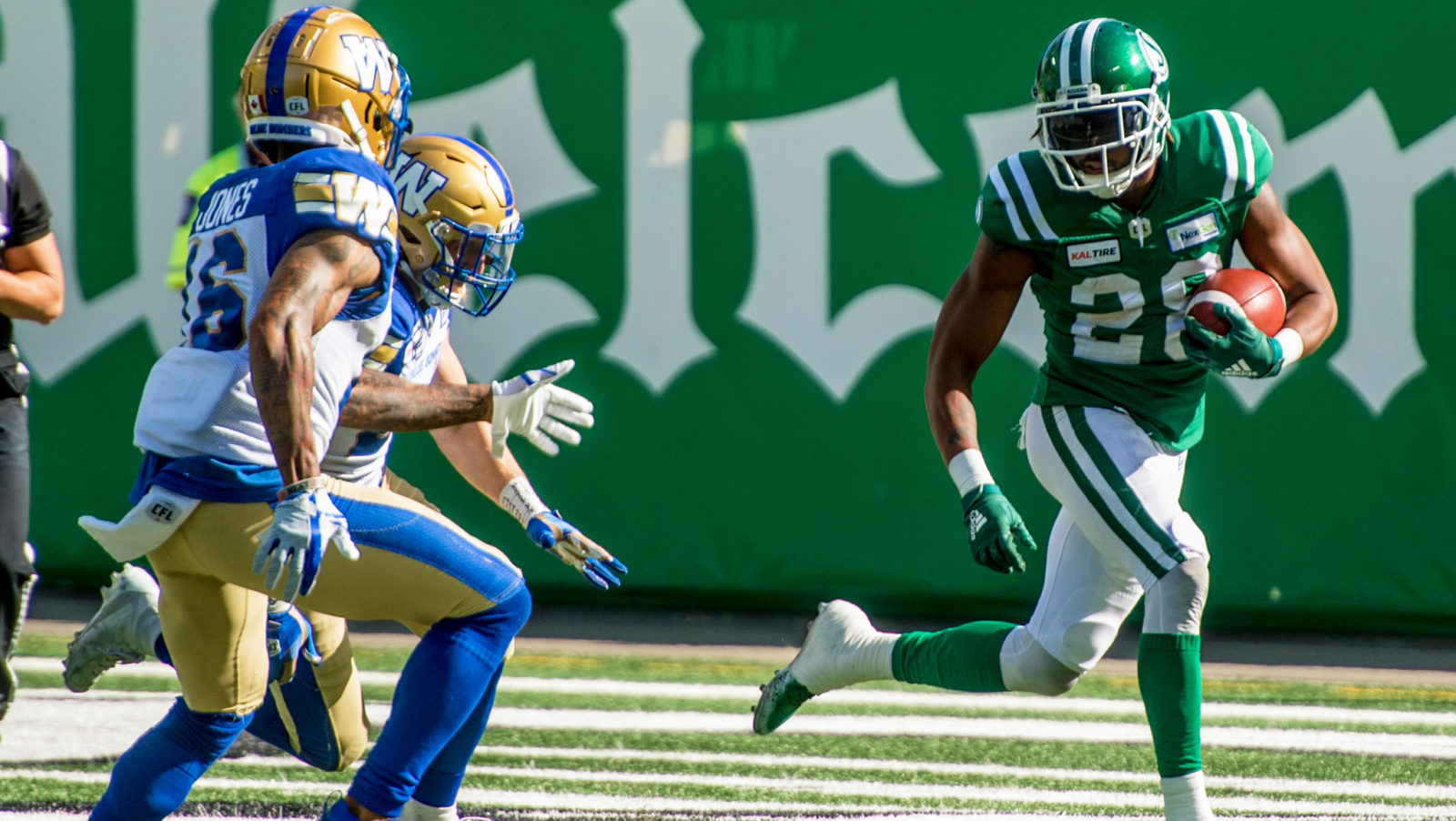 Nye: Who would be the best opponent for Riders?

It’s the age-old question for teams waiting for their opponents in the Division Final.

Who would you rather play?

The Roughriders were very diplomatic last week when they clinched first in the division. Nobody was willing to give the Bombers or Stampeders any bulletin board material.

The media was given the status quo quote. ‘It doesn’t matter.’

Nor should it really. Whoever it is, the Riders will be tested.

RELATED
» Fuel to the Fire: Rose determined to prove himself
» The Weekly Say: Which three-seed will go further
» Numbers Don’t Lie: 3 stats that will define the Western Semi

The Winnipeg Blue Bombers have embarrassed the Riders this season without Andrew Harris in the Banjo Bowl. Even in the Labour Day game the Bombers nearly upset the Riders at a rowdy Mosaic Stadium, without the Bombers best player.

And if the Bombers were to beat the defending Calgary Stampeders, it would mean that Zach Collaros got through a second game with the Bombers with a 2-0 record. And both wins over the Stamps, including a rare Stampeder loss at McMahon in the playoffs.

There is also the recent history of the Bombers beating the Riders in the playoffs at Mosaic Stadium last season.

The Bombers come at you with a game plan of controlling the line of scrimmage and allowing their playmakers on defence to wreak havoc by putting extreme pressure on the quarterback.

Collaros gives the Bombers a similar offensive attack that had Winnipeg clicking to an 8-1 record out of the gate with Matt Nichols at quarterback. The Bombers have a game manager, who can pick apart a defence when given the time and has a back who almost automatically gives them a 2nd and short when you give him the ball.

Then they like the change the pace at times by throwing in Chris Streveler. It has been a highly successful game plan for offensive coordinator Paul LaPolice.

While none of the receivers in Winnipeg had phenomenal seasons, they can all contribute and it allows the quarterback to spread the ball around as defences can’t focus on taking one player away that will hamper the Bombers offensive game plan.

Then on defence, the Riders have to try and stop a defence that includes one of the most dynamic defensive lineman in the league in Willie Jefferson and a top ball hawk in Winston Rose.

The Bombers also have one of the best punters and field goal kickers to contend with in Justin Medlock.

The Riders have a 2-1 record against the Bombers this season but all of those games came with Chris Streveler at quarterback. It would be interesting to see how the Bombers play with Zach returning to Saskatchewan.

That seems like a storyline everyone would love to see, unless you’re the Calgary Stampeders.

Now how would the Riders matchup against the defending Grey Cup Champs?

Unlike their winning record against Winnipeg, Calgary is the only team the Riders were unable to beat in the CFL in 2019.

Cody Fajardo‘s performance in both those games would go down as some of the worst passing performances of his season and the two losses made up half the losses of his 13-4 record this season.

Calgary has had his number because they confuse him with zone defences and force him to make a quick throw with pressure. 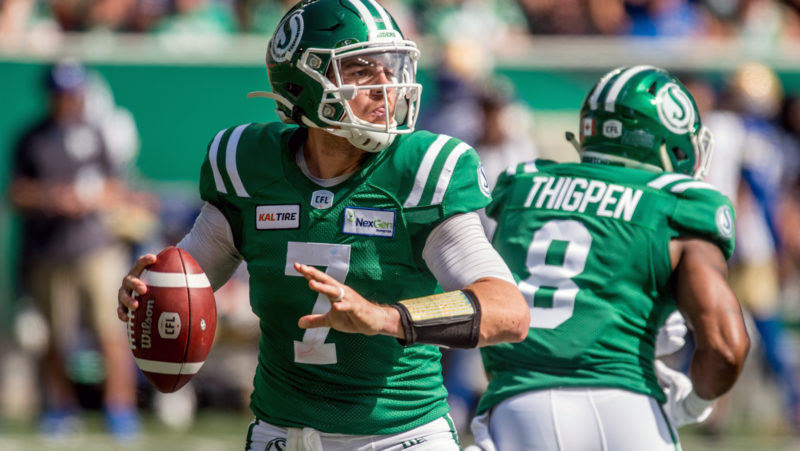 Tre Roberson even had to leave that second game in the first quarter with injury and Fajardo still couldn’t take advantage of the Stamps losing their top defender.

And it shouldn’t have to be said that facing Bo Levi Mitchell in a playoff game isn’t usually something you would choose to do if you had the option.

In the West Division playoffs, Mitchell is 5-1 with four division titles in his previous five seasons as the Stampeders’ starting quarterback.

The Stamps offensive line does a fantastic job of giving Mitchell the time to find a talented receiving corps who have seen Hergy Mayala and Josh Huff starting to contribute more and more, complementing the excellence of top receivers Reggie Begelton and Eric Rogers.

The Stampeders’ biggest question mark is the run game, as the Riders would have the clear advantage in that category if it came down to the run game on Nov. 17th.

Like Winnipeg, you’d give the edge to Calgary in the kicking game over Saskatchewan.

It would seem obvious the Riders would likely say privately they’d rather take on the Bombers, who have a far bigger question mark at quarterback than the Stampeders. The Riders have also beaten Winnipeg twice at Mosaic this season.

However, the Riders would also take pride in beating the defending champs on their road to trying to win the Grey Cup themselves.

But the players aren’t lying when they say ultimately it doesn’t matter. It doesn’t. They’ll be in tough either way and there would be some fantastic storylines going into the West Final.

The Riders will be happy to sit back and watch the Bombers and Stamps beat up on each other and then take on all comers in the first West Final to be played at the new Mosaic Stadium.