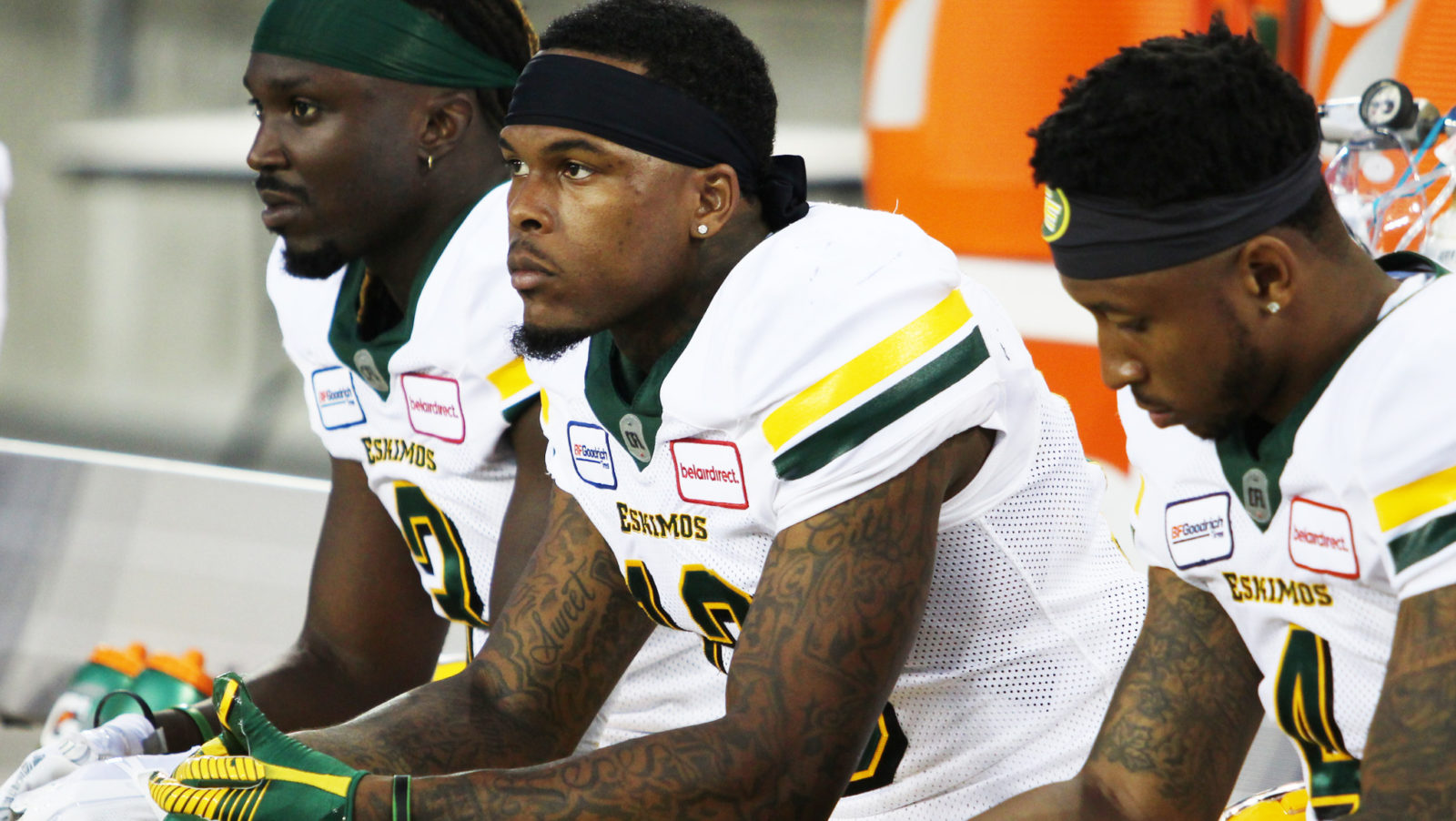 It’s been five years since Sean Whyte left the Montreal Alouettes but that hasn’t taken the sting out of his departure. The feisty kicker can’t wait to get back to the field that he called home for four years.

“Hell yeah,” Whyte, 34, said of being fired up to make his return to Montreal.

“I wish some of the old coaches that cut me were there but they’re all gone. It’s still special for me. I still want to go in there and win. It doesn’t matter what game really, but Montreal, I’ve always had it circled on my calendar.”

In his post-Montreal life, Whyte remains one of the league’s top kickers. He was third in the league in accuracy this year, at 87 per cent (47 of 54 field goal attempts). He’s been the Esks’ saving grace at points this season, providing a steady foot for a team that has had its share of trouble finding the end zone.

While Whyte has clearly landed on his feet in Edmonton, time hasn’t healed the wounds accrued in Montreal.

“I’m too competitive for it to not sting,” he said.

“It’d feel really good to come out of there with a win.”

That’s where things get tricky.

Since it came into the league in 1997, the crossover game has proven itself to ultimately be an unsolvable riddle. No team in CFL history — and they’ve all come from the West — has ever crossed over and emerged as the East champion, with a ticket punched to the Grey Cup.

There have been a few close calls and seasons where the West was clearly the better division in regular season play, but when the playoffs have arrived the East has found a way to hold its ground.

The biggest obstacle might be the most obvious one.

The non-crossover teams get to enjoy the benefits of playing within their division. This year, the Blue Bombers will travel to Calgary. It’s a two-hour flight. Last year, the Bombers took an even shorter flight to Regina to play the Riders at Mosaic Stadium.

The Esks practised on Friday morning and boarded their flight to Montreal, crossing two time zones in a five-hour haul to the league’s easternmost location. They’re flying a day earlier than normal, to help their players acclimate to that and to accommodate the 1 p.m. ET kickoff they have on Sunday.

“It throws off the timing of your system,” said Esks receiver Ricky Collins, who learned a year ago about how hard the crossover game can be. He was a part of the BC Lions team that made an even longer trip from Vancouver to Hamilton. At Tim Hortons Field, the Lions were demolished, 48-8.

“We felt good going into the game,” Collins said.

“We could sense that it was getting away from us. We tried to battle back, but it didn’t go that way.”

Whyte has seen both sides of the crossover game. He started his career in BC and was a part of the 2009 Lions team that first beat the Ticats in overtime, then was snuffed out by Montreal 56-18 in the Eastern Final. In 2014, he’d settled in with the Als and he happily took part in a lopsided 50-17 win over the Lions that sent them to the Eastern Final.

“That’s why you fight for those home playoff games. It’s massive to play on your own turf.

“It’s very difficult to go on the road and beat someone in their house in their playoff game. It’s a long trip to Montreal but the coaches and the staff, the organization has done a great job getting us ready for that.”

As Esks’ head coach Jason Maas mentioned on Wednesday, the 2008 Edmonton team that he played on was the first to win a crossover game, beating Winnipeg. In the Eastern Final, they fell to Anthony Calvillo and the Montreal Alouettes.

Since then for West teams making the trip East, there have been hits but mostly misses in the crossover game. The Roughriders perhaps came the closest to emerging out of the East, having their Grey Cup dreams crushed in the 2017 Eastern Final in Toronto. The Argos got a third-down conversion, with Ricky Ray finding James Wilder Jr. for a crucial gain that led to an Argos’ game-winning touchdown. After many people spent much of the season arguing that the crossover route might be the smartest path to the Grey Cup that year, the Argos stunned Calgary in the Grey Cup a week later.

Maas went into detail earlier in the week about how when that 2008 team made the trip, the talk was that the crossover was impossible, that it had never been done. Then the Esks beat Winnipeg. No one has taken that second step yet, but Maas has been peppering his players with an easy rallying cry this week: Why not us?

Maas is also tied to another piece of CFL playoff history. The 2005 Esks team that he played on is the last one to have won all three of its playoff games on the road to claim a Grey Cup. It’s impossible until you do it, Maas said this week. The Esks sound like they’re buying what their coach is selling.