Which X-factors can change Semi-Final Sunday? 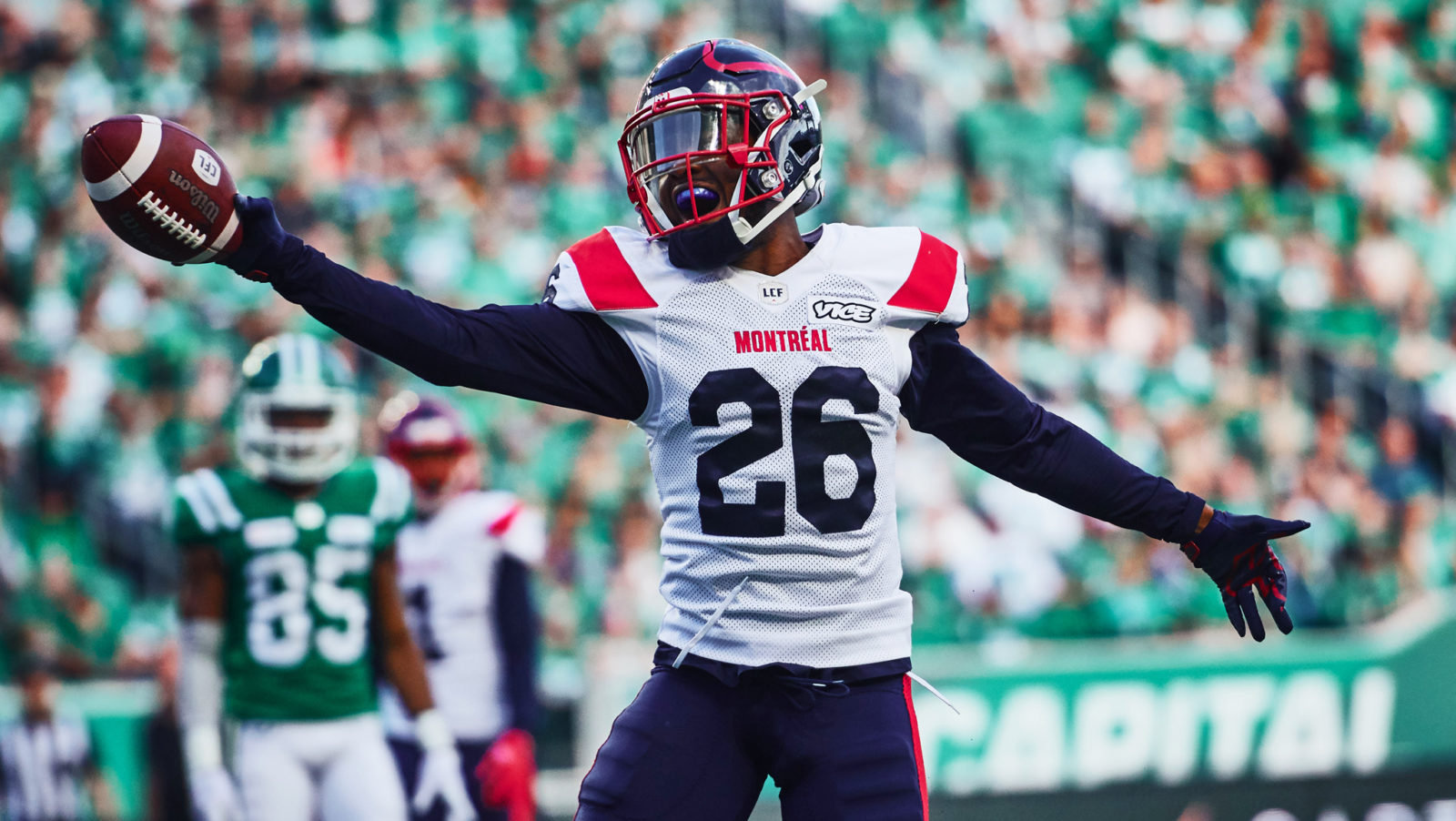 Which X-factors can change Semi-Final Sunday?

There are a select few of those guys around the CFL and on Sunday, with seasons on the line, these are the players to keep an eye on.

We know that when it comes to the Calgary Stampeders, Bo Levi Mitchell, Reggie Begelton and Tre Roberson are going to have a major say in the outcome of the football game. Ditto for Willie Jefferson for the Bombers, Vernon Adams Jr. for the Als and CJ Gable for the Eskimos.

His accumulative stats for the season don’t jump off the page but make no mistake, receiver Tevaun Smith is a big-play pass-catcher in the Edmonton offence.  The first-year Eskimo is averaging over 11 yards per reception and can challenge almost any press coverage defence with his speed and ability to haul in a game-changing pass. The Eskimos like to stretch the field with Smith and even if he doesn’t post a career day, his threat on the outside could open up the run game for an Edmonton offence that will benefit from the return of tailback CJ Gable.

A tone-setter in the Edmonton defence LB Vontae Diggs enters Sunday 11th in the league in tackles.  Waiting for him on the other side is one of the CFL’s most physical rushers in William Stanback.  Stanback will factor prominently in the Als offence and Diggs’ style of play is aggressive enough to match.  Diggs may also find himself spying QB Vernon Adams Jr. who is the most elusive pivot in the league.  Shut down Adams’ ability to improvise and you likely shut down the Als chances of putting points on the board.

Were it not for the dynamite pass-catchers around him, receiver Quan Bray would have finished the season with over 1,000 yards.  It is for that reason he makes this list.  The Als field a roster with a number of deep threats and Bray could be the one that finds himself isolated with double teams taking on other receivers such as Eugene Lewis.  The Edmonton defence has not been the same since the team fell out of the race in the West and could be in for a day should they not contain the Auburn product with underrated speed.

In his second season, Greg Reid has emerged as a starter on a Montreal squad that made it its mission to improve their secondary through free agency last February.  Reid was already in the mix but has benefited from the play of veterans Patrick Levels and Tommie Campbell around him.  Reid is an assignment sound DB who flies to the ball and can wrap up opposing pass-catchers and running backs; supported by the fact that his sits in the top 10 in defensive tackles.  Most importantly, Reid has a knack for making big plays in the game’s biggest moments, whether its a knockdown, INT or rally-and-tackle to stop a player short of a first down.

One of the more versatile athletes in the CFL, Nic Demski may be the biggest beneficiary of the creative Winnipeg offence designed by coordinator Paul LaPolice.  LaPolice uses Demski in so many different ways, it makes it hard for opposing defences to scheme for him. A go-to receiver when a critical first down is needed, Demski also works his way into the Bombers run game as a change of pace to spell star Andrew Harris.  There is no doubt that Harris is the focal point of Bombers attack but don’t sleep on Demski who often finds himself with the ball in his hands while multiple defenders have their sight set on #33 in blue and gold.

He’s the league-leader in interceptions with nine, and game-changer in the back end of the Winnipeg defence.  Winston Rose has become a playmaker in a Bombers secondary that sometimes doesn’t get the recognition it deserves. Rose can alter the game on a dime with an interception to flip the field or a knockdown to stall a drive.  Calgary QB Bo Levi Mitchell loves to stretch the field which could make for a busy day for Rose who can counter-punch by snagging a Mitchell pass or two to help bring his team to the division finals.

For two years now, the Stampeders have had to be malleable with their roster as injuries have played a significant role week-to-week.  Rookie receiver Hergy Mayala has been forced to step up due to those circumstances and hasn’t disappointed.  In the last five games, he has posted 406 yards and five touchdowns on 27 receptions.  The Stampeders are the shining example of a ‘system offence’, finding players to plug-and-play.  With the Bombers focusing in on the likes of Reggie Begelton, Mayala could see the pigskin a lot on Sunday afternoon.

Andrew Harris is the straw that stirs the Bombers drink.  Well, Andrew Harris, meet Wynton McManis, the Stampeders best attempt at containing the league’s leading rusher.  McManis made a name for himself in the Grey Cup last year with a crushing hit on special teams and has done nothing but deliver since.  Sitting fourth in the league in tackles, McManis has become a tone-setter in the Calgary defence, taking on some of what was left by the now-departed Alex Singleton.  A physical tackler with a nose for the football, McManis could loom large in the Semi by limiting Winnipeg’s production on the ground.