Cold weather not a factor for Harris, Bombers’ run game 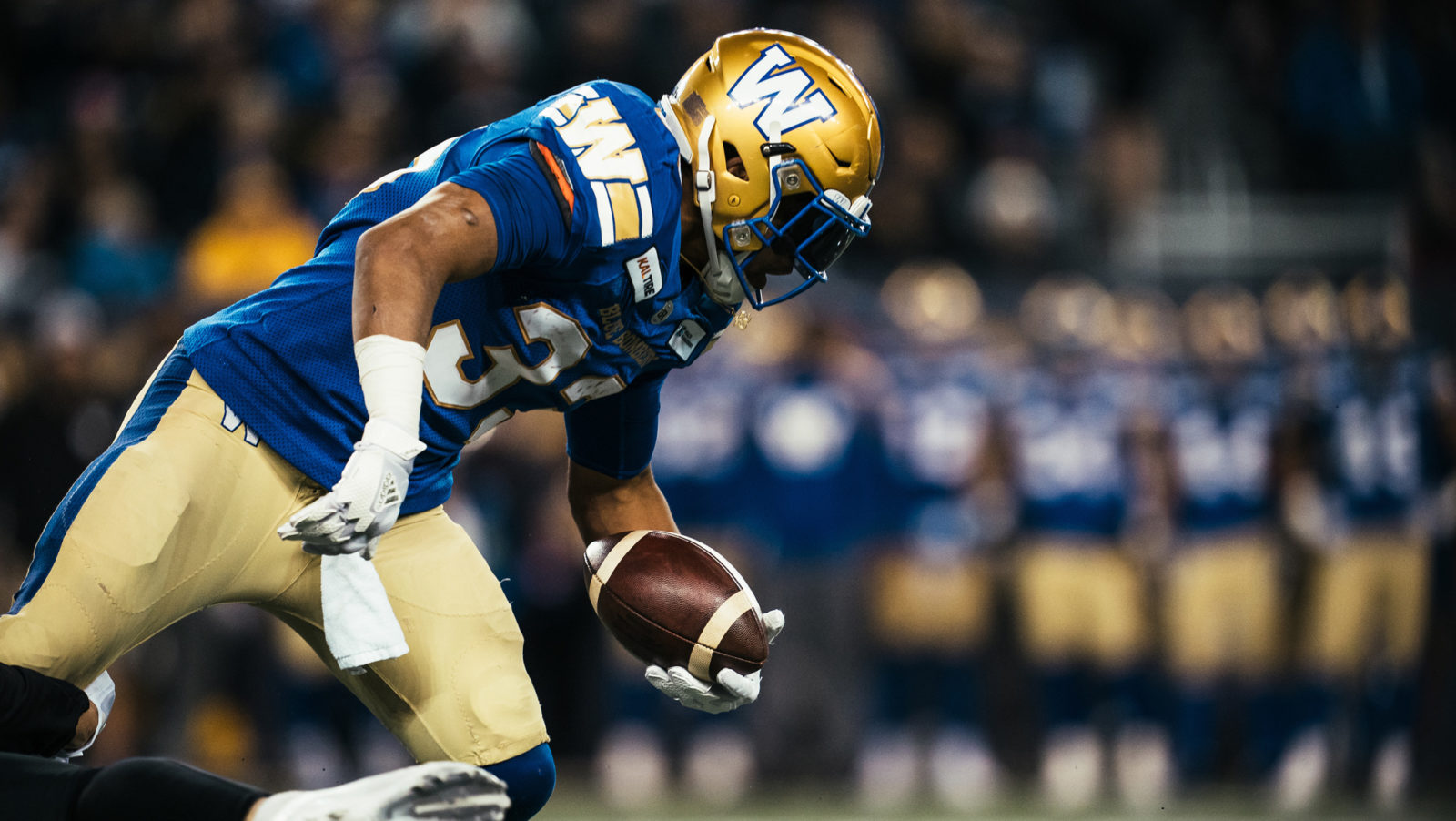 Cold weather not a factor for Harris, Bombers’ run game

There’s always chatter about running backs being essential to a football team as they head into the CFL playoffs.

The men in the backfield are, of course, important during the regular season but when the weather turns cold in November those who pound the rock are even more vital to a team’s offence.

Winnipeg’s offence runs through Andrew Harris and he’s been an integral part of the team’s success. The 32-year-old finished the year as the league’s leading rusher with 1,380 yards on the ground, his third-straight 1,000+ yard season, and tallied four touchdowns. He also caught 70 passes for 529 yards and four major scores through the air.

The forecast for Sunday’s Western Semi-Final in Calgary is -11 celsius with a chance of snow but that cold weather doesn’t change much for the Bombers’ plan of attack.

Winnipeg finished the 2019 regular season campaign with the league’s best attack on the ground. They were first in total rush yards (147.9 yards per game), total rush attempts (442) and averaged 6.0 yards per rush.

That success, according to Harris, couldn’t have been possible without the five men in front of him leading the charge.

“Obviously I get a lot of the glory and the praise but all the credit that I get, I give right back to those guys,” said Harris of his offensive line. “They deserve it all. They work so hard and there’s been a number of different guys in the mix too. We’ve rotated probably nine different guys on the O-line, maybe even 10 all together. Those guys have all picked up each other’s slack.”

One of Harris’ teammates in the trenches was honoured this week as Stanley Bryant was named the West Division’s nominee for the Nissan TITAN Most Outstanding Lineman award. It’s the third-straight season that Bryant has been a finalist for the award and he walked away with the hardware in 2018.

“He’s a veteran guy, he’s the oldest guy on the line,” Harris said of Bryant. “Stanley’s just so consistent. He brings a certain physicality. As far as the mental side he keeps those guys in check. Everyone kind of leans on him. He’s Uncle Stanley. He’s definitely the leader of the group.”

Calgary was able to stuff Harris in their last two meetings, not allowing much room for the tailback to run the ball. In Week 19 he was held to just 55 yards on the ground and 65 in Week 20. In the three meetings between these two clubs, Harris hasn’t scored a TD and has averaged 4.9 yards per carry.

“They’re very tough,” Harris said when asked about Calgary’s front seven. “You’ve just gotta take your chances and just grind away and lean on them as best as possible. You’ve just got to be very, very disciplined with them.

“You can’t try to make too much out of one play because they always have guys in gaps and you’ve just got to hope that someone misses an assignment. It doesn’t happen very often but no one can play a perfect game so we’ve just got to wait for the opportunity to pound the ball.”