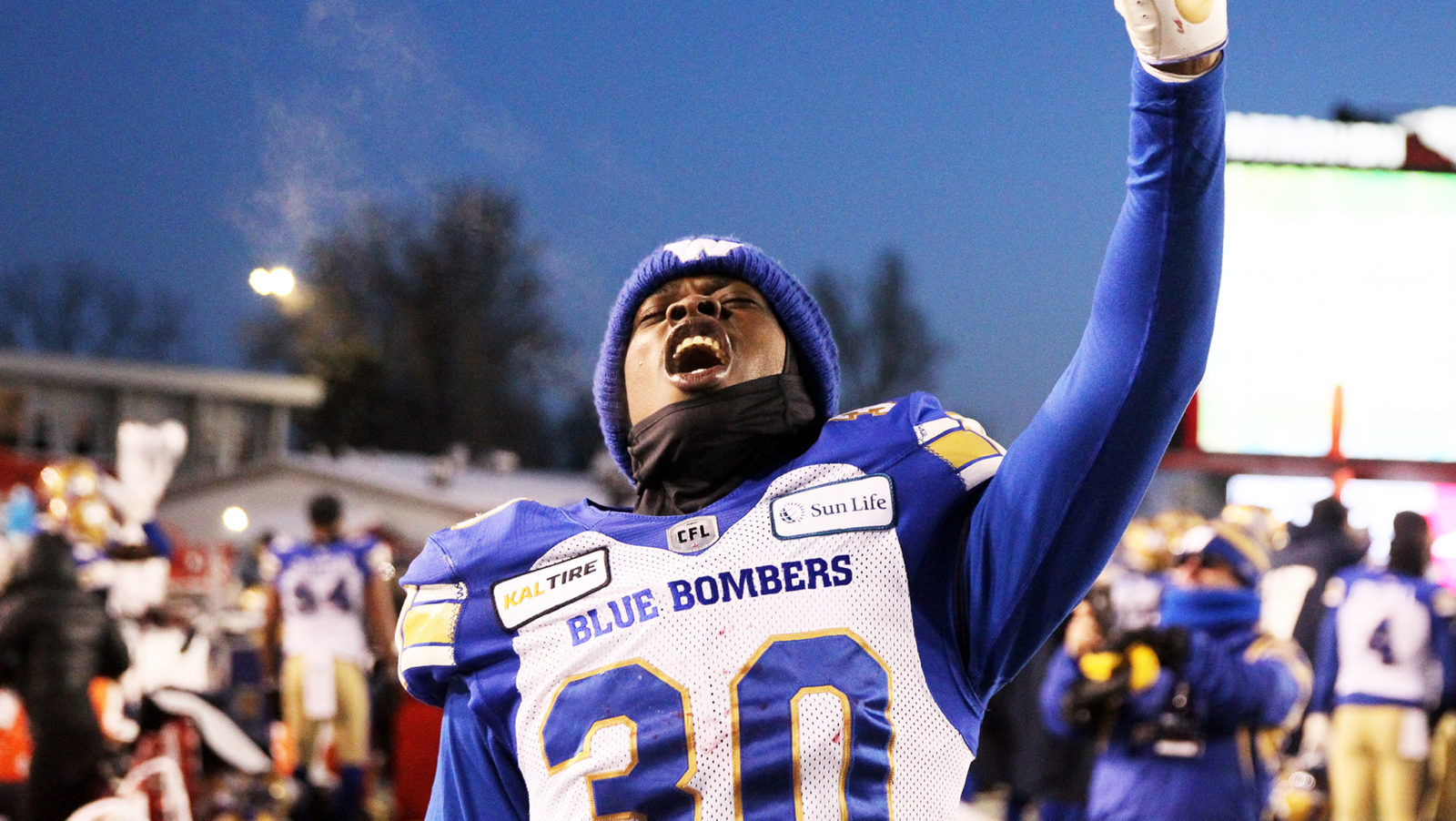 CALGARY — It was a tale of two halves for the Winnipeg Blue Bombers offensively. Held to just eight points in the first two quarters of action, a change was made and the quarterback committee of Zach Collaros and Chris Streveler helped carry the team with a 27-point second half.

However, as good as the offence was for the Bombers, it’s the performance of their defence that should turn the most heads.

The Bombers’ defenders knew what they were up against coming into the game. 2018 Most Outstanding Player and Grey Cup MVP Bo Levi Mitchell was playing some of the best ball of his career, Reggie Begelton was in the midst of a breakout year, and Kamar Jorden made his long-awaited return to the lineup after a gruesome leg injury in 2018.

How did they respond against a very skilled Stamps offence? They kept them off the scoreboard in the second half and had a pair of interceptions to help give their offence great field position.

Despite their heroics, it wasn’t just the second half where they stood out. Winnipeg threw different looks at Mitchell and made life difficult on the star pivot. He went into the locker room after the second quarter with under 100 yards passing, despite throwing for a touchdown.

Mitchell was picked off in the first quarter, as Mike Jones was able to make up for a previous pass interference call that led to the first score of the game by hauling in an interception.

They added onto their pick total with a pair in the final 10 minutes of the game. Nick Taylor cut underneath Jorden and intercepted the ball to give the offence possession in the Calgary side of half. On the following possession, Mitchell flew Begelton on a pass to the left side and it fell right into the hands of Mercy Maston, who was able to run it back for a solid chunk of yardage.

The Winnipeg pass rush wasn’t able to get to Mitchell during the game, but they did their best to put pressure on, and Most Outstanding Defensive Player candidate Willie Jefferson was causing havoc, batting down passes.

“They did a good job. They’re a great defence that’s very well-coached and at the end of the day, we just didn’t get the job done,” Mitchell said. “…They decided to go a lot more man coverage against Reggie (Begelton) and double team him and (they) switched up one of their zone coverages that gave us fits.

“Even when they do that — myself with experience in games seeing that — even if it’s not the coverage built out of exactly what we want, (we) just have to find something different.”

Coming out for the second half, the Bombers were down by a single score, something that didn’t phase them one bit. Even in the cold and snowy climate, they managed to put the clamps on the Stamps on the defensive side and start to roll both through the air and on the ground on offence.

“Against a good football team that we’ve played, they know that could be the situation,” O’Shea said of his team’s mindset heading into the locker room. “Calgary would be thinking the same thing; ‘Oh well, let’s go execute better and make our plays.’ Our guys were exactly right in terms of what they were thinking.

“Six points wasn’t anything that they thought could be out of the possibility.”

Once the second half started, it was all Winnipeg. Streveler started to rumble and Collaros managed to hit Darvin Adams for a 71-yard catch and run.

The pair of interceptions deflated the crowd and had some fans heading for the exits early. The Stamps did push down the field to try and pull closer in the closing minutes, however, they’d turn the ball over on downs, virtually sealing their fate.

It doesn’t get any easier for the Bombers. They’ll travel to Regina in a week to take on the Saskatchewan Roughriders in Mosaic Stadium. It’ll be a solid test against a familiar foe, as this will be the fourth and final matchup between the two teams in 2019.

They’ll be matched up against Most Outstanding Player candidate Cody Fajardo and the formidable Riders offence.

If their defence can play like that on the road for a second consecutive game, there’s a chance the blue and gold could to McMahon to play for the Grey Cup.