Dickenson: All signs point to Fajardo starting against Bombers 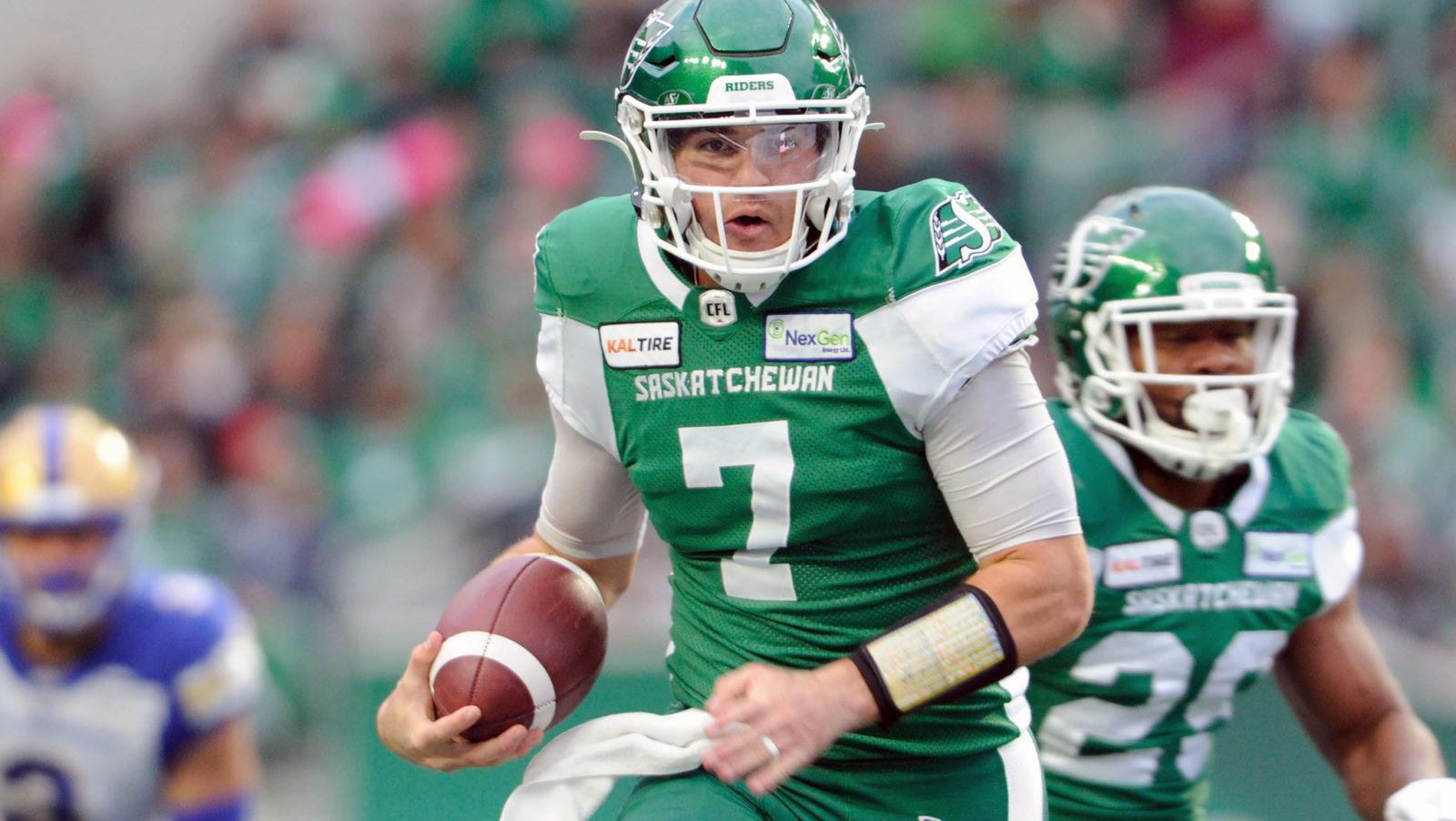 Dickenson: All signs point to Fajardo starting against Bombers

“Cody looked alright,” Dickenson said of his pivot. “We had him doing limited stuff but he was able to throw with the team and move around well. So we’ll look at the film but all signs point to him being ready to go.”

Fajardo missed the Roughriders’ season finale against the Edmonton Eskimos after suffering an oblique injury during a practice leading up to the Week 21 clash. Isaac Harker started in place of him and helped the Riders pull out a victory in front of the home crowd at Mosaic.

The 27-year-old played in 17 games during the regular season, throwing for 4,302 yards and 18 touchdowns while adding 611 yards and another 10 majors on 107 carries this season. His efforts have made him the West Division nominee for the CFL’s Most Outstanding Player honour.

“I didn’t see him throw a lot of stuff but I saw him throw intermediate to short routes and I think he’s going to have enough in the tank to throw a deep route,” Dickenson said. “We’ll just have to see how he feels, but he definitely looked like he was able to do what he needed to do to help the offence move the ball.”

Star receiver Shaq Evans also returned to practice on Thursday. The 28-year-old suffered a reported toe injury against the Esks in Week 21 and was forced to leave the game. He looks to be a game-time decision on Sunday.

“Shaq, we’re not sure on,” Dickenson said. “It was the same deal; we wanted him to practice today and he did. He looked like he was moving around well. Now we just have to see how he feels.”

The Riders will welcome the Winnipeg Blue Bombers to Mosaic Stadium for the Western Final on Sunday. The pair of West Division rivals will kick-off with a berth in 107th Grey Cup presented by Shaw on the line at 4:30 p.m. ET.