Start vs. Sit: Bralon ready to wreak havoc on playoffs 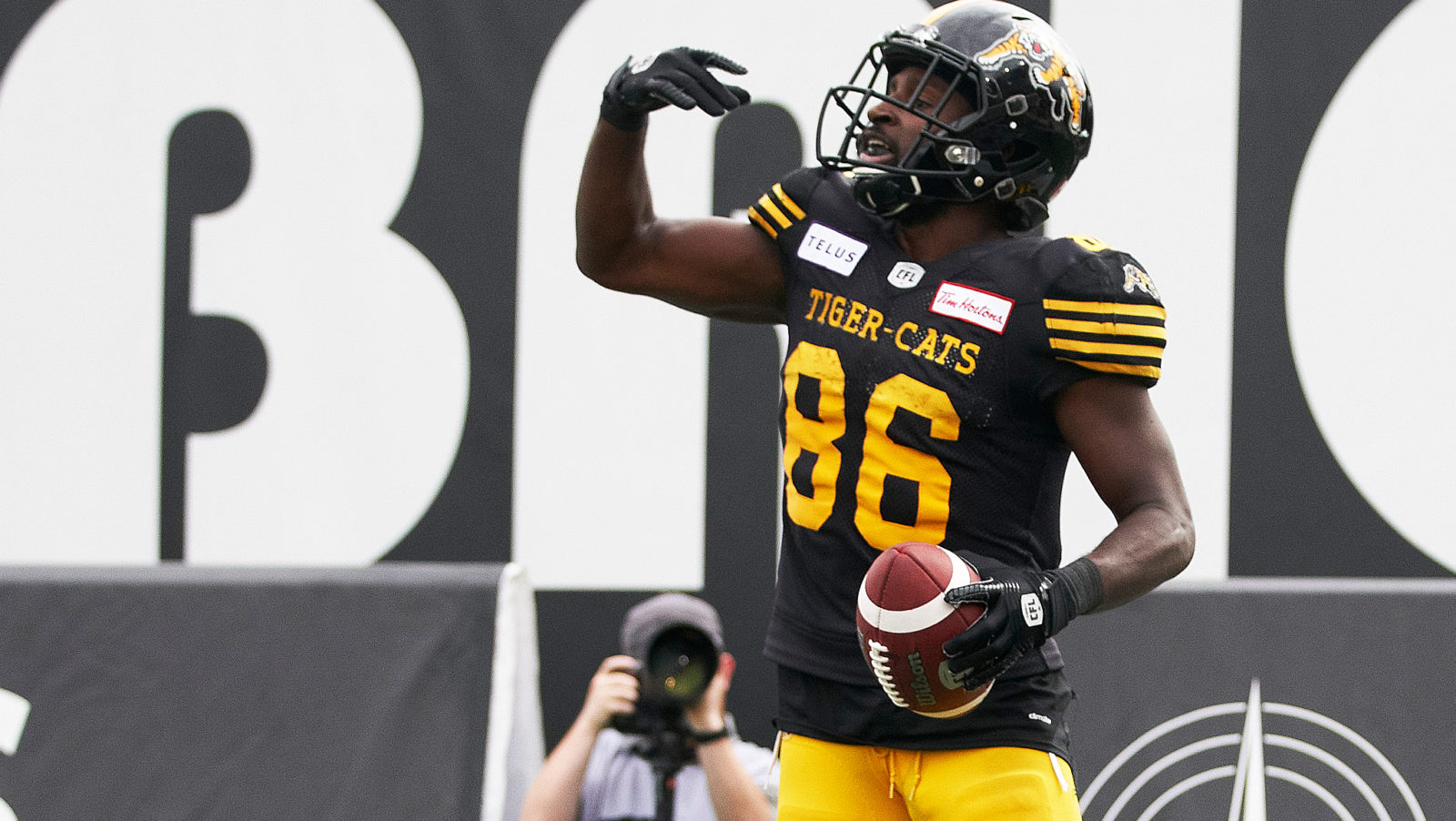 Start vs. Sit: Bralon ready to wreak havoc on playoffs

By Sunday evening, only two of those teams will still be able to dream. Those playing the postseason version of TSN CFL Fantasy Football Presented by Leo Vegas will also use Division Final Sunday as a springboard toward dreaming of having a championship-calibre lineup that will produce championship-level bragging rights.

Success comes from knowing who to play and who to avoid. The penultimate edition of Start/Sit is here to provide answers to those nagging questions.

Of course, a strong case could be made for starting Brandon Banks ($14,000). However, Fantasy users can save $4280 and still get elite production from a Hamilton pass-catcher, in this case, Addison. Last year’s solid playoff run served as a springboard for Addison to emerge as one of the league’s stars in his second season, pulling in 95 passes for 1,236 yards and seven majors. What makes Addison dangerous is how he can contribute to the Ticats’ ground game. While Tyrell Sutton ($5821) will get the bulk of the carries, Addison should see a carry or two, as he amassed 218 yards and a touchdown on 36 carries. Keep in mind that Addison was once one of the top prep quarterbacks in the state of Texas, so if the Tiger-Cats pull out all the stops, that could include Addison using his whip to get the ball downfield.

Addison also had a solid regular season against Edmonton’s top-ranked pass defence. In two games versus the Eskimos, Addison amassed nine receptions for 179 yards and a major. His best effort came in Week 15 when he caught four passes for 126 yards and a score. That’s the type of production that justifies having Addison filling your spot at receiver.

Gable’s two short touchdown runs in last week’s win over the Alouettes helped overlook the fact he managed just 54 yards on 14 carries. The pair of majors also gave Gable 17.4 Fantasy points via running, marking the first time since Week 9 that Gable had a productive rushing performance for his Fantasy users. The former Hamilton back was not able to thrive against his former teammates in the regular season as the Ticats held him to only 92 yards on 22 carries in two games. He was somewhat effective as a receiver, catching a combined eight passes for 102 yards that included a pair of 20-yard receptions.

Another concern about Gable could be the possibility of backup Shaq Cooper ($5811) either cutting into his touches or replacing him outright if Gable gets off to a slow start. With a trip to the Grey Cup on the line, Eskimos coach Jason Maas may not hesitate to give Cooper a look against the league’s third-best run defence.

Of the 44 offensive touchdowns produced by Saskatchewan’s offence, 28 came courtesy of Fajardo, who passed for 18 majors and added 10 more on the ground. Fajardo was also the biggest reason why the Riders finished third in the league with 6.66 yards per play. That could spell trouble for a Blue Bombers defence that placed sixth with 6.30 yards allowed per play. He’s been efficient in three regular-season games against Winnipeg, passing for a combined 796 passing yards, but managed just one passing major versus the Bombers.

The extra week off should make Fajardo — who missed the regular-season finale with an oblique injury — fresh. He returned to practice on Tuesday and will be ready to go against the Bombers. There is no reason why Fantasy users should be concerned about plugging him into the lineup.

Powell recorded a third straight 1,000-yard campaign, but it came with little thanks to the Winnipeg run defence, In three games against the Blue Bombers’ top-ranked run D, Powell managed a combined 105 rushing yards on 23 carries and failed to score a touchdown. He also had just four receptions for 41 yards, with all of his receiving production coming in Week 12.

Expect Powell to get the bulk of the Saskatchewan ground game, with Fajardo getting the rest. However, Marcus Thigpen ($3467) could become involved in the ground game as a change of pace back that gives Powell a rest. Thigpen’s ability to alter a game with his speed could make him a show-stealer who provides surprising(CFL1 Fantasy production that usually means few Fantasy users will benefit.