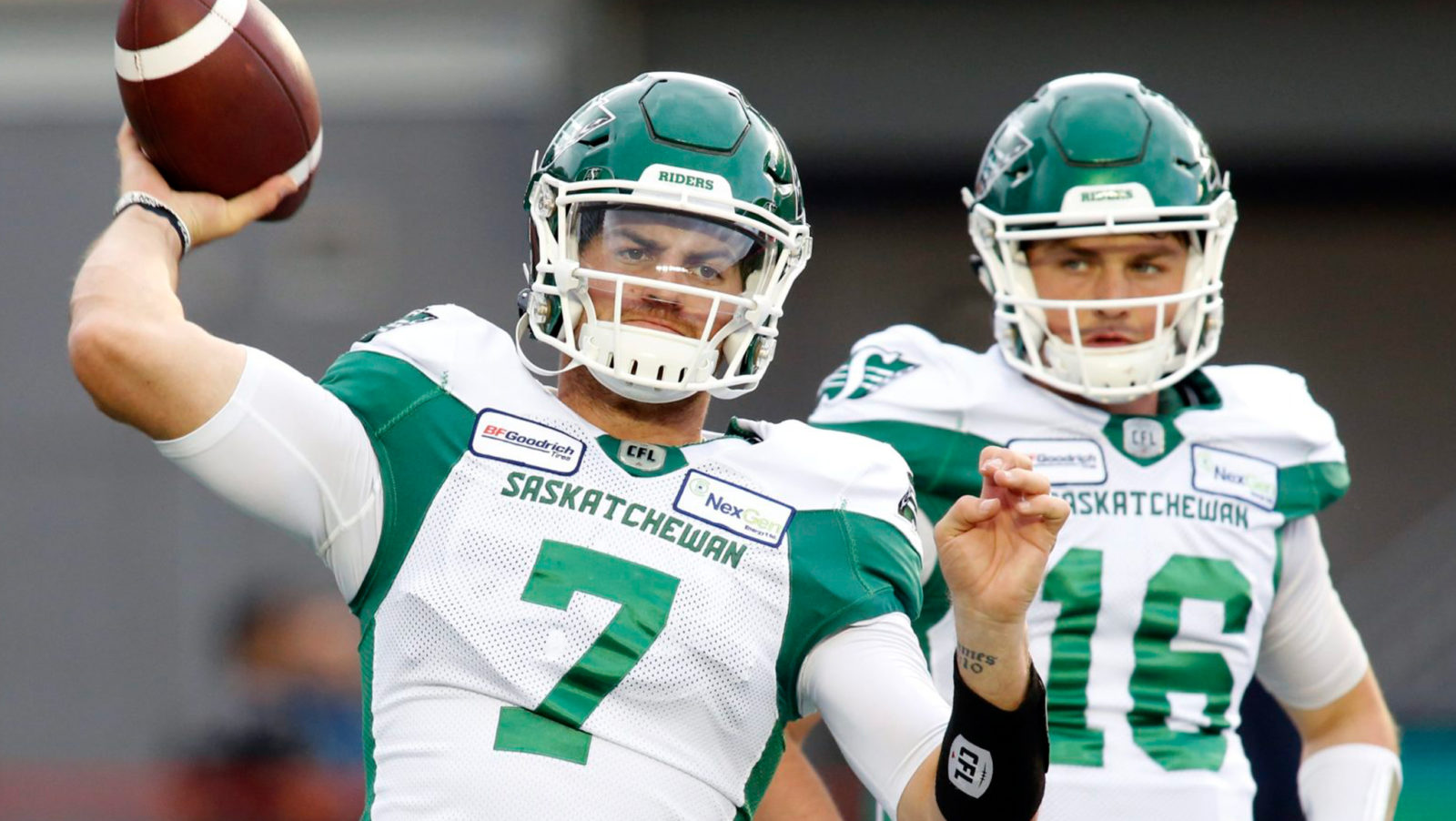 REGINA — While Cody Fajardo is likely to play for the Saskatchewan Roughriders in the Western Final on Sunday, he may not be the only pivot that gets into the game for the Geen and White.

“If Cody cannot get through the game, we’ll go with Isaac (Harker) and Bryan (Bennett) or we may go with a mix of all three,” head coach Craig Dickenson said following practice on Friday.

Fajardo has returned to practice this week following an oblique injury that forced him to miss the team’s Week 21 game against the Edmonton Eskimos.

The 27-year-old played in 17 games during the regular season, throwing for 4,302 yards and 18 touchdowns while adding 611 yards and another 10 majors on 107 carries this season. His efforts have made him the West Division nominee for the CFL’s Most Outstanding Player honour.

Harker, 24, was the Riders’ starter for the season finale against the Edmonton Eskimos. He took over after Fajardo was ruled out ahead of kick-off with an oblique injury.

Bennett is the team’s third-string pivot. The 27-year-old featured in the Week 21 game against Edmonton. He ran for 13 yards on five carries, serving as a short-yardage runner on sneak plays. He helped set up a late-game field goal opportunity for Brett Lauther with a few key plays in the red zone during that game.

“It doesn’t really change us at all,” offensive coordinator Stephen McAdoo said of the quarterback situation. “There are some guys that are better at doing different things. But our plan is to prepare for every scenario, and right now, we’re preparing to go as we’ve done all year long”

Receiver Shaq Evans was also in uniform during Friday’s practice, but he was not wearing a helmet and was watching practice with the offence.

The 28-year-old reportedly suffered a toe injury in the Riders’ Week 21 game against the Edmonton Eskimos. He was forced to leave that contest and did not return.

“He’s planning on playing, but he didn’t practice today because his foot is bothering him,” Dickenson said.

Evans had a career-best season in 2019, making 72 catches for 1,334 yards and five touchdowns while featuring in all 18 games with Saskatchewan. His efforts this year earned him his first West Division All-Star honour.

Kenny Stafford appeared to be slotting into Evans’ usual spot in the offence. The 29-year-old was acquired from the Edmonton Eskimos in a mid-season trade but has not made an appearance yet for the Riders. In seven games this season, he’s caught 30 passes for 366 yards and a pair of touchdowns. His best game of the season came against the Bombers, as he hauled in eight balls for 108 yards in Week 3.

Jordan Williams-Lambert is also a candidate to play in that spot depending on the status of Evans.

The Riders and Bombers will go head-to-head for the fourth and final time this season on Sunday. They’ll kick-off at 4:30 p.m. ET.