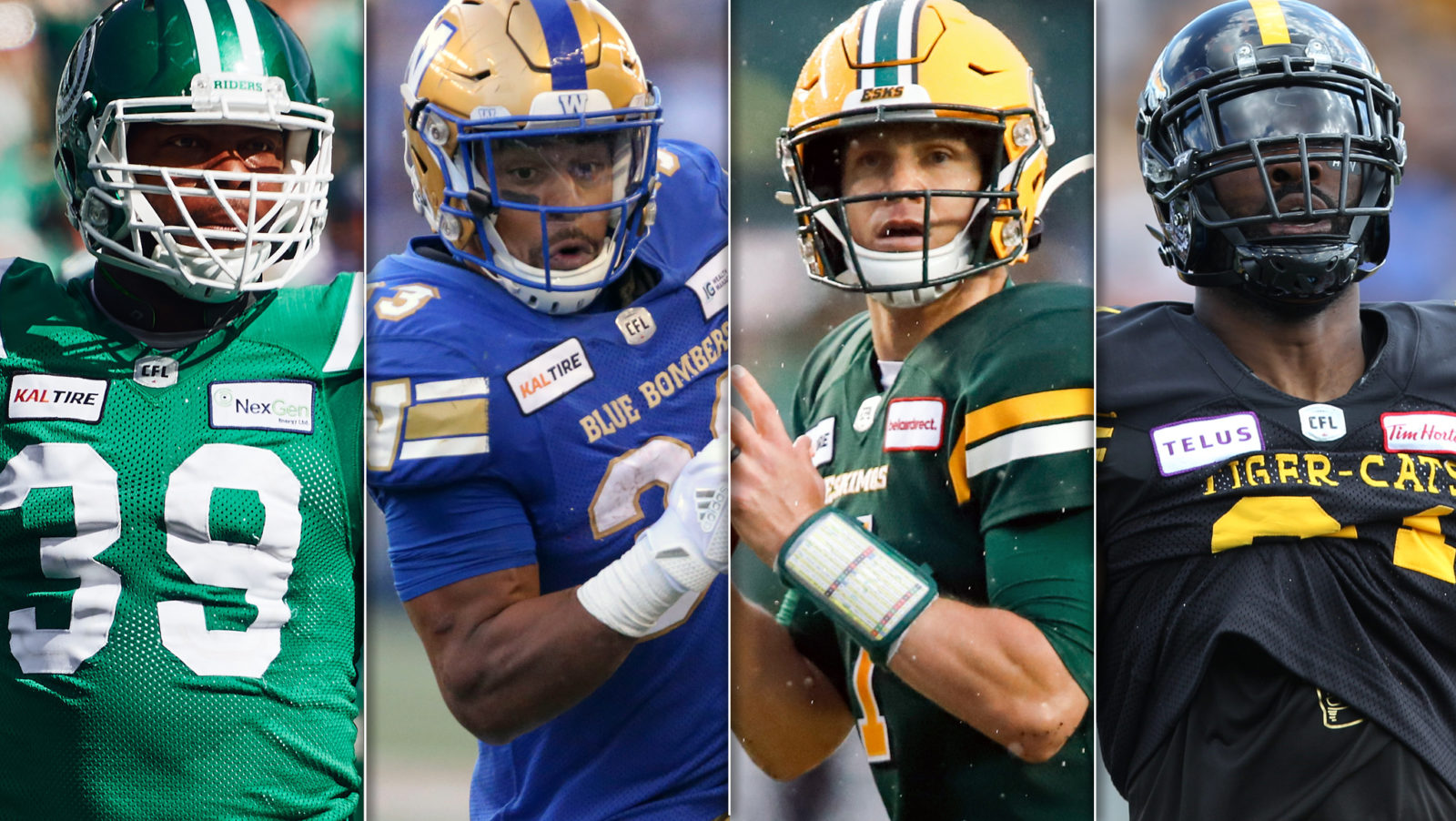 Everybody has a story.

And the final four teams going for the Grey Cup have plenty of storylines to follow.

Take a look at the Western Final this weekend in Saskatchewan.

You have a quarterback watch on Cody Fajardo‘s oblique muscle strain or tear or pull. Zach Collaros‘ return to Saskatchewan where he started the season. Two rivals in their first division final since 1972.

Those are just three big ones with many more stories to follow going into Sunday’s game.

CFL.ca contributors were asked this week for our top Grey Cup matchup of the four possible. Many went with Hamilton and Winnipeg as number one. And while I agree that’s the best one, the other potential matchups have plenty of merit to be a decent pairing for the 107th Grey Cup presented by Shaw.

Here they are, ranked:

The battle of the longest Grey Cup droughts in the CFL would have two passionate fanbases hoping for their droughts to end. Winnipeg hasn’t won since 1990. The Tiger-Cats haven’t raised the Grey Cup above their heads since 1999.

Each team also has their individual stories to follow along in the quest for the Cup. Zach Collaros‘ story would be the ultimate in redemption for a quarterback whose career was considered over by some after Simoni Lawrence injured him on the third play of the season. He was traded to Toronto, then to Winnipeg on the trade deadline. He’d have the chance to re-write his career story of injury prone and unlucky with a win against Simoni Lawrence and the Tiger-Cats.

The Tiger-Cats have a few players who would love another chance at a Grey Cup title after the heartbreak in 2014. Brandon Banks in particular left the locker in 2014 abruptly and with tears in his eyes after his potential game winning punt return touchdown late in that game was wiped out because of a penalty.

Dane Evans would solidify himself as the team’s new No. 1 guy if he were to lead the team to glory after taking over for Jeremiah Masoli. An impressive season capped off for the first year starter. His head coach would also cap off an impressive first year as a head coach as Orlondo Steinauer already broke the CFL record for most wins by a first year coach with a 15-3 record.

That brings us to the Mike O’Shea story. There has been plenty of chatter about his future and about the interest other teams would have in the Bombers head coach after the season. Could it be his last game on the sideline for Winnipeg? It would seem silly it could happen but we’ve seen it recently when Chris Jones left Edmonton after a championship to take on a bigger role with the Roughriders.

Andrew Harris has a Manitoba sized chip on his shoulder after the opinions and stories written from coast to coast about his reputation following his positive PED test. He disagrees with many of them, he’s upset the media didn’t vote for him for any player of the year awards, and he’d lead his hometown team to a championship they haven’t won since Harris was three years old.

This matchup would give us a rematch of the greatest Grey Cup ever when the Riders beat Hamilton in 1989 43-40 on a Dave Ridgway field goal. Of course it would be a more meaningful rematch to players like Luke Tasker, Brandon Banks and Simoni Lawrence, who were on the field in Regina when the Riders rolled to victory in the 2013 Grey Cup at Mosaic Stadium.

Craig Dickenson could tie his brother for most Grey Cup Championships as a head coach in his family in his first season.

Dave Evans and Cody Fajardo would also feature two first year starters dueling it out in Calgary to complete a sensational season. Not to mention it would be the two MOP candidates in Fajardo and Brandon Banks being featured on the biggest stage.

The Riders themselves would be in the game after a crazy season that started when their GM/head coach bolted to the NFL in January, leaving the Riders in a bind to fill major vacancies in their football operations pretty late into the process. The hirings of GM Jeremy O’Day, Head Coach Craig Dickenson and defensive coordinator Jason Shivers have been perfect after leading the Riders to first in the West Division in the regular season for the first time in a decade.

One major individual storyline for the Riders would have to be Emmanual Arceneaux trying to win and play in his first ever Grey Cup after an impressive career with the BC Lions. He missed their Grey Cup in 2011 while he was in the NFL.

The third and fourth matchups are pretty close.

The Edmonton Eskimos enter the fray here as the first crossover team to make it to a Grey Cup. A complete overhaul was necessary in Edmonton when Mike Reilly, Duke Williams, Derel Walker all left the team. They went out and got Trevor Harris, Greg Ellingson and Ricky Collins Jr. to fill vital roles on the offence that have taken them here.

So why the Bombers over the Riders as their opponent for the third spot?

Plus the Bombers and Eskimos have had some pretty legendary games over the last few seasons.

It’s also a matchup of embattled head coaches who came into the season with the pressure of ‘you better win’ or you could be replaced. Jason Maas’ urgency might have been higher than Mike O’Shea but both coaches had to prove they could get their teams to this game.

Also, could you imagine Calgary having to watch Edmonton win a Grey Cup at McMahon Stadium again? They’ve done it before, of course, beating Winnipeg in 1993 and Montreal in 1975.

Call this Calgary’s worst nightmare. The host city fans having to see Eskimos and Riders fans partying in their town Grey Cup week. I don’t think Stamps fans could think of a worse matchup.

Although, the intrigue of this game would be interesting, as neither team has really played each other with much on the line having played in the final two weeks of the season with the Eskimos already solidified in the crossover spot. The one game they had their starters going head to head, you saw a 27-24 game with Brett Lauther kicking a game winning field goal to lead the Riders over Edmonton.

It would also be the first meeting for these two teams in a Grey Cup.