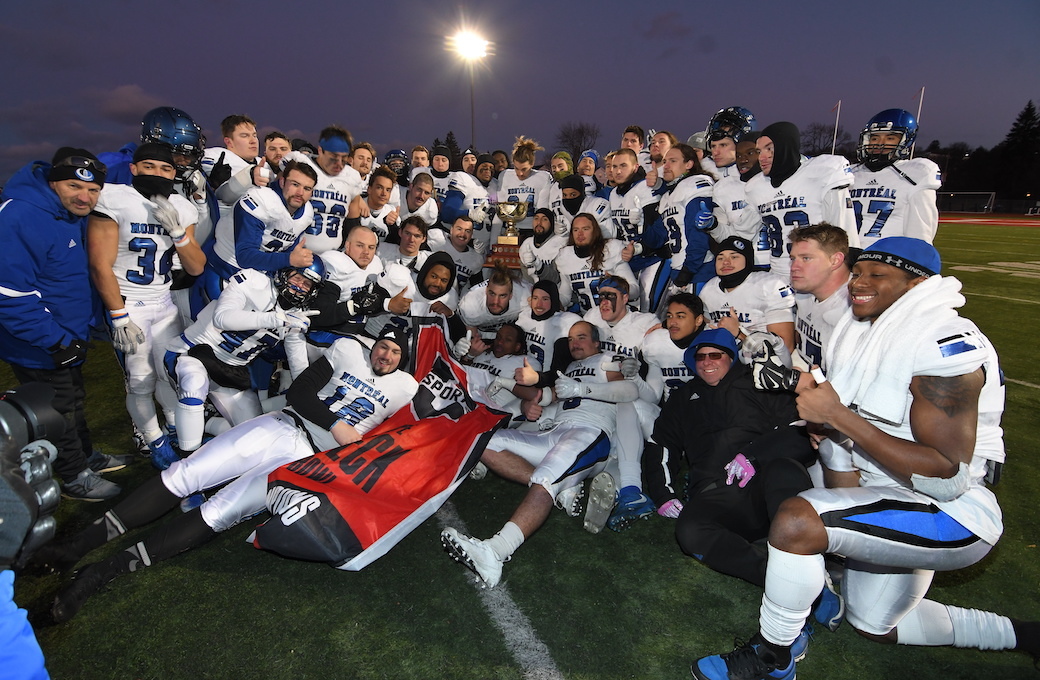 TORONTO — After a pair of dominant performances on Saturday, the Calgary Dinos and Montreal Carabins have punched their tickets to the 55th Vanier Cup.

The annual U Sports championship will take place next Saturday in Quebec City.

After topping powerhouse Laval last week the Carabins controlled the Acadia Axemen to the tune of 38-0 en route to the victory in the Uteck Bowl.

It will be Montreal’s third Vanier Cup appearance in the last six years, and first since failing to defend their 2014 national title, when they lost the 2015 championship game to the UBC Thunderbirds.

Leading just 7-0 at halftime, the RSEQ champion Carabins broke things open with 24 unanswered points in the third quarter, then added another major score early in the fourth to seal the victory.

On the other side of the bracket it was the Dinos outlasting the McMaster Marauders 30-17 in the Mitchell Bowl at Calgary’s McMahon Stadium.

Quarterback Adam Sinagra led the way for the Dinos, completing 19 of 29 passes for 261 yards and a touchdown.  The Dinos opened the scoring when Sangara found Jalen Philpot to take an early lead and never looked back.  Philpot finished the day with 130 yards receiving to accompany the major.

– With files from U Sports