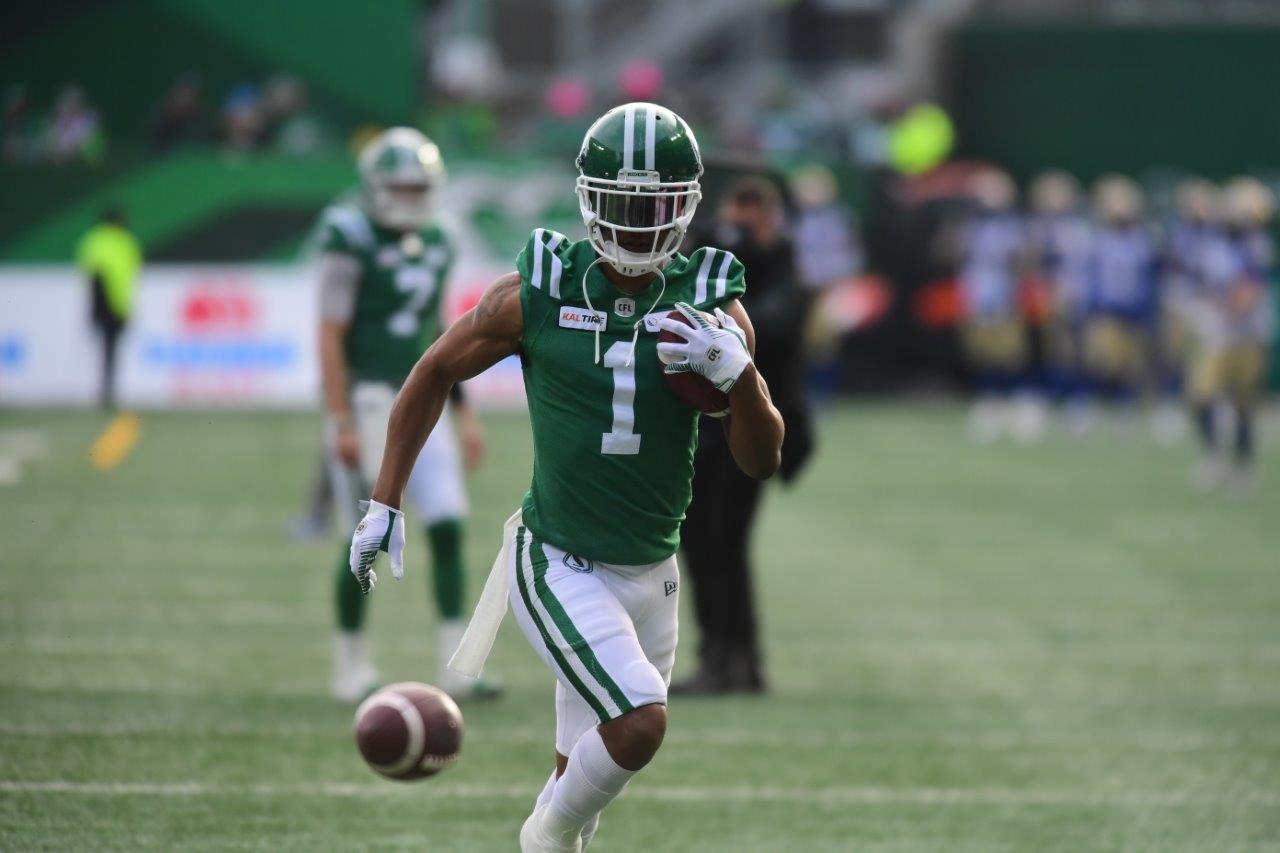 REGINA — After a week of speculation regarding his health, Saskatchewan star receiver Shaq Evans will indeed play in today’s Western Final.

Evans had been dealing with a reported toe injury that forced him out of the Riders’ season finale against the Edmonton Eskimos and he was ruled a game day decision by coach Craig Dickenson on Saturday.

With Evans in, the Riders elected to scratch receiver Kenny Stafford.

The Winnipeg Blue Bombers have scratched defensive back Chandler Fenner.

Evans had a career-best season in 2019, making 72 catches for 1,334 yards and five touchdowns while featuring in all 18 games with Saskatchewan. His efforts this year earned him his first West Division All-Star honour.

Kenny Stafford looks to be the mane that will slot into Evans’ slot on offence. The 29-year-old was acquired from the Edmonton Eskimos in a mid-season trade but has not made an appearance yet for the Riders. In seven games this season, he’s caught 30 passes for 366 yards and a pair of touchdowns. His best game of the season came against the Bombers, as he hauled in eight balls for 108 yards in Week 3.

The Riders and Winnipeg Blue Bombers go head-to-head in the Western Final for a chance to represent the West in the 107th Grey Cup presented by Shaw. Kickoff is slated for 4:30 p.m. ET.