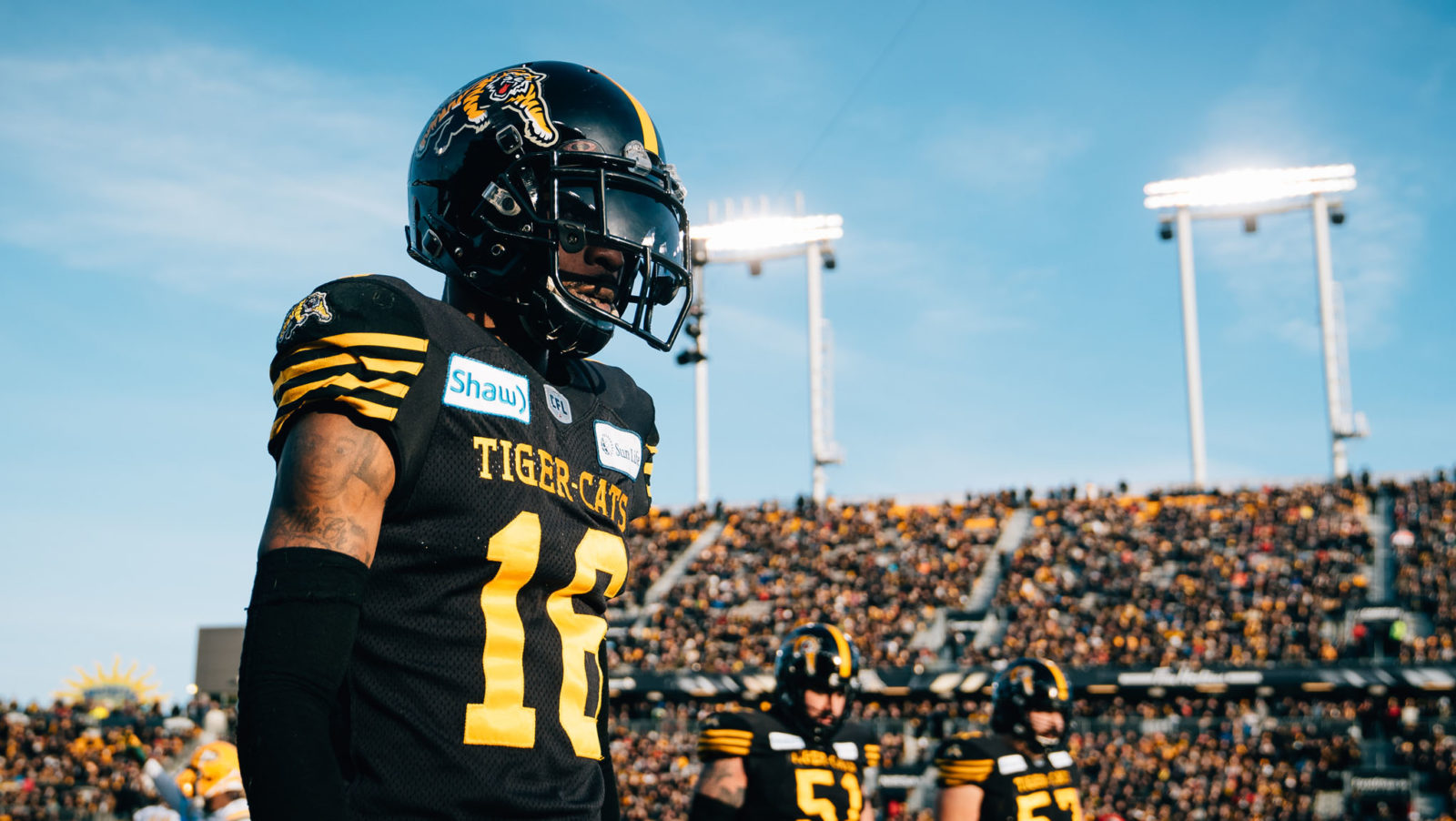 Hello, Craig Dickenson. I like what you said after your team’s gut-wrenching loss in the Western Final. “No shame in a battle well fought.” We should all remember that, and not just when the quarterback is playing through two torn oblique muscles.

FATE IS A WEIRDO

Fate has a cruel sense of humour, that is for certain.

Imagine taking a team and its followers through an incredible, late-game, third down conversion only to steal the feeling away with a thunk.

Kyran Moore’s third down catch with just a few seconds to go, at the Winnipeg five-yard line, sure had me thinking that the Roughriders were fated to come back in send the game to overtime, and to the Grey Cup Game with an incredible victory. I mean, a pass that goes through a defender’s hands, trajectory changed in a big way, only to have the intended receiver bring it down just in bounds anyway?

Then, on the final play of the game, to have a pass intended for that same receiver – appearing to be open enough in the end zone to make a TD catch likely – is knocked down by the goal post crossbar?

Cruel stuff. Whether fate wanted to raise Rider Nation only to have it tumble down in agony or to deflate the Winnipeg faithful only to lift it with a last-second stunner, can be debated.

Either way, fate – undoubtedly cackling and rubbing its hands together in glee – has a dark sense of humour.

IF YOU’RE GONNA TRY TO HIKE THAT MOUNTAIN, BEST TIE YOUR SHOELACES FIRST

The Edmonton Eskimos went into the Eastern Final as decided underdogs against the Ticats and, who knows? They may have been able to pull off the upset if they’d come out of the gate in clean fashion, although Hamilton did seem a trifle locked into the mission.

Early mistakes put the Eskimos in a bind, though, one they could not Houdini their way free of.

An early interception led to three Hamilton points. A fumble led to a touchdown. A poor punt led to another three. Against a deep, talented
and determined team, that’s a tough barge to turn around.

“We really did shoot ourselves in the foot there,” said quarterback Trevor Harris, after the game. “We dug ourselves a hole early and that’s not a recipe for success.”

It’s a message for the Blue Bombers ahead of the Grey Cup; avoid mistakes if you want to beat this particular version of the Hamilton Ticats.

THE PROPHECY HAS BEEN REALIZED

I remember, clearly, the days when Mike O’Shea and Orlondo Steinauer were patrolling the Toronto defence together, at the beginning of the century.

Back then, they were still prime time players, athletically gifted and dominant on plays that veered into their respective areas.

Even then, with a Grey Cup win to come (2004) and uncertain post-playing journeys ahead of them, everybody – and I mean everybody – around the Argos’ organization was predicting great coaching futures for them.

Not like there was a bolt of lightning and a scripture carved into a stone about it, or anything, but it did seem that this meeting of two former teammates was prophesied many, many years ago.

Fate was waiting for Steinauer to get his gig first.

BONUS TAKEAWAY: There’s a little bit of superstition coursing through Steinauer’s blood. He put his hands up as though to say “stay away from it” when the Ticats were presented with the East Division Trophy. If my lip-reading abilities are up to par, it appeared he said “don’t touch it.” It appeared the Winnipeg Blue Bombers might be feeling superstitious as well. Nobody touched the West Division Trophy, either. Well, maybe discretion is the better part of valour when you’re dealing with long championship droughts.

What’s on the surface, and readily accessible to the eye can often overshadow what’s really important, sometimes.

The Western Final had all kinds of wild and woolly moments in a crazy fourth quarter, including the tipped and miraculous completion, a crossbar knockdown to end the game, and a goal line stand that included a bungled second-down attempt from shotgun, just to name a few.

O’Shea insisted that out of all the madness, it was a special teams tackle that really stood out for him.

“Talk about Shayne Gauthier running down a returner who’s got a lead on him, and securing a tackle and preventing a score,” said O’Shea, post-game.

Indeed, Gauthier likely saved a touchdown with his hustle, after initially being fooled – like pretty well everyone else – on some Saskatchewan punt return trickery. Considering that returner Nick Marshall appeared to be just about clear and free for a romp to the end zone, and that a 20-13 score would not change through the craziness that followed that return, O’Shea is right. That’s a play and a player that deserves the spotlight in the aftermath.

YES, HE’S FAST. BUT THAT AIN’T ALL

As if it wasn’t hard enough for opposing defences to get a handle on Hamilton’s Brandon Banks as it was.

Banks’ speed, and his varying levels of it while running patterns, coupled with clear-out routes being run well by other Ticat receivers, has made him particularly hard to control since being turned into a full-time receiver during the second half of the 2017 season.

At least that’s all you had to worry about, though, lol.

Sunday’s Eastern Final showed that another weapon in Banks’ arsenal is just another nightmare with which to contend; the lay-out catch.

He did it twice to the Edmonton Eskimos, on a 48-yard touchdown reception during the second quarter, and then again during a dagger drive in the fourth quarter, going airborne over the deep middle to set the Cats up at the Edmonton five-yard line.

At least defenders don’t have to worry about being beaten by the five-foot-seven receiver on vertical 50-50 balls. I mean, they don’t, right?

BONUS TAKEAWAY: The Loch Ness Monster exists. How do I know? Because I saw Luke Tasker fumble a football on Sunday. And if that exists, surely a giant sea monster in a Scottish loch is not such a stretch.

AND FINALLY… One team hasn’t won the big, beautiful mug in 20 years. The other in 29. Two droughts enter, one drought leaves. This Grey Cup
is the Thunderdome of championships.