O’Leary: 5 unique storylines to keep an eye on 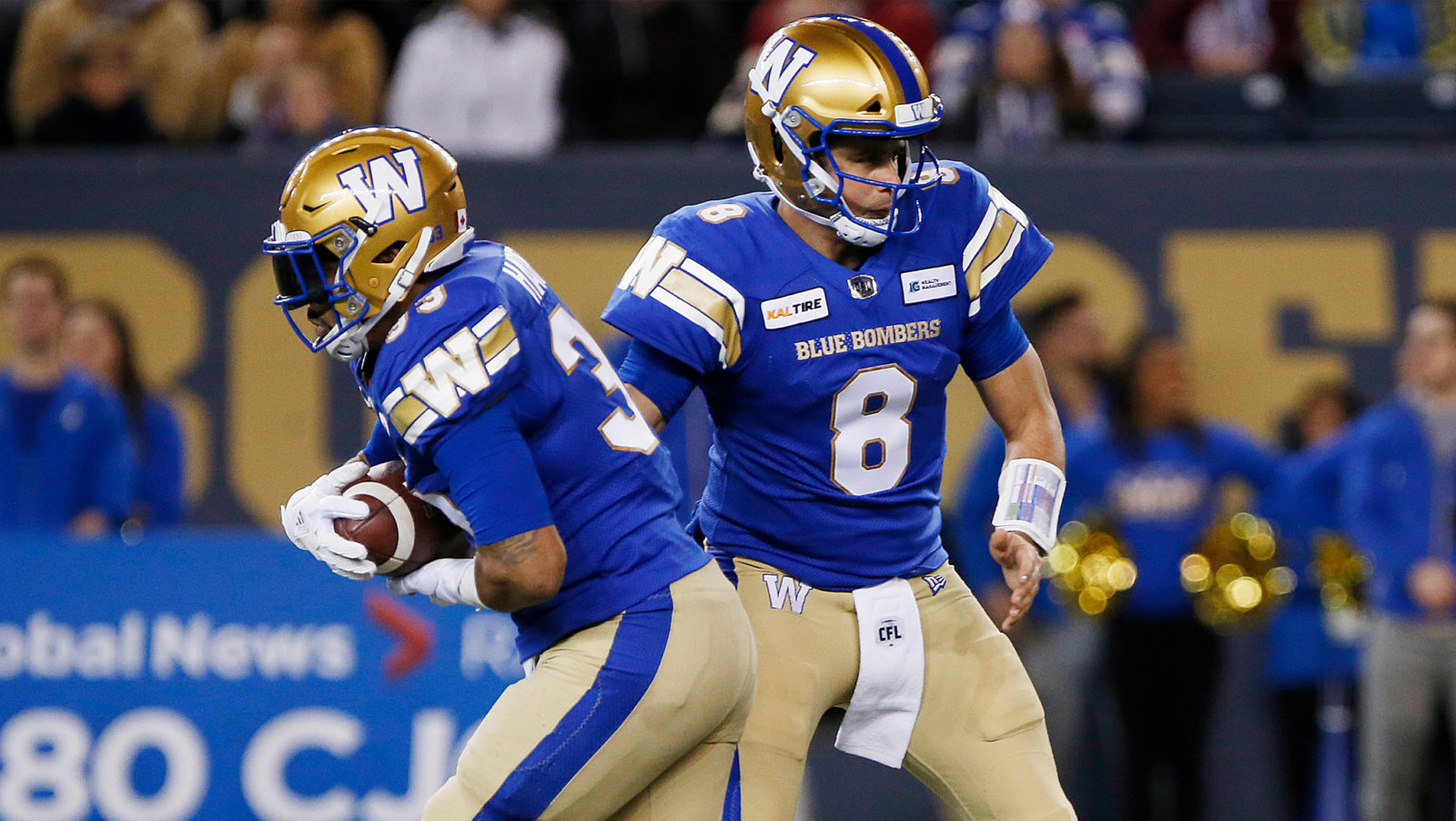 O’Leary: 5 unique storylines to keep an eye on

We’ve made it through training camp, pre-season and the 21-week regular-season. We’ve watched the Hamilton Tiger-Cats defend their home turf in the East, going a perfect 10-0 in 2019 and we’ve watched the Winnipeg Blue Bombers do the opposite, collecting a pair of impressive road wins over two very tough opponents. There’s only one thing left, one game left to play. We’re finally here. It’s time for the 107th Grey Cup presented by Shaw.

The storylines will undoubtedly evolve as the week moves along, but here are five Grey Cup storylines to keep an eye on as we get ready for Sunday’s big game.

The end of a drought

With the Ticats and Bombers meeting, we are guaranteed that one of the two longest Grey Cup droughts in the league will be coming to its end. The Winnipeg Blue Bombers last lifted the Grey Cup on Nov. 25, 1990. The Hamilton Tiger-Cats bookend the decade, having won their last Grey Cup on Nov. 28, 1999. Oddly enough, both teams won the Grey Cup at BC Place in Vancouver. That’s 28 years for the Bombers and a nice, round 20 for the Ticats.

Their meeting here in Calgary couldn’t come at a better time. The Ticats have put together their best regular-season in franchise history, posting a 15-3 record. The Bombers jumped out of the gate to start the season, building up an 8-2 record before losing QB Matt Nichols for the season to a shoulder injury. As they slid in the standings, the Bombers made a trade deadline deal for Zach Collaros on Oct. 9. Collaros got his opportunity in the last game of the regular season and has since steered his team through a pair of road wins, first over Calgary then upending Saskatchewan to win the West.

They’re two very different types of coaches that have gotten the same results out of their players. As different as they are, they share a past and a great friendship. One of the highlights of this week will come on Wednesday, when Mike O’Shea and Orlondo Steinauer sit down together to answer questions from the media at the head coaches’ media conference. As players they were once traded for each other then ended up being teammates in both Hamilton and Toronto. In 2010, Jim Barker hired them both for their first ever coaching jobs, launching the next stage of each man’s career.

It’s a far less pleasant pairing than the two head coaches, but Zach Collaros and Simoni Lawrence might be the two most talked about players throughout this week. Go all the way back to the Saskatchewan Roughriders opening offensive drive of the season in Hamilton and you’ll remember that Lawrence’s late hit on Collaros took him out of the game and ultimately off of the Riders’ roster. The play unleashed a firestorm of anger among players, fans and media across the country. Lawrence was suspended two games for the hit. Collaros went to the six-game injured list. In his absence, Cody Fajardo stepped in and eventually blossomed into the Riders’ QB of the future. Collaros was traded to Toronto in late July, then again on Oct. 9 to the Bombers. Fajardo signed a two-year extension with Saskatchewan 12 days later. This will be the first time that both players are on the field together since their Week 1 encounter.

Don’t expect Collaros to be open about the play or Lawrence this week.

Is it Andrew Harris’ time to shine?

As impressive as the Bombers’ two road wins have been — the last team to win out on the road to take a Grey Cup was the 2005 Esks — they’ve gotten them with the face of their franchise nestled into the background more than we’re used to.

It’s been a somewhat quiet post-season for running back Andrew Harris. The Winnipeg native and the league’s leading rusher the last three years, Harris ran for 57 yards with 10 receiving yards against Calgary in the Western Semi and had 41 yards on the ground with eight receiving yards in the Bombers’ dramatic win on Sunday in Saskatchewan. He’s averaged a little better than 86 rushing yards per game this season. In two meetings against the Ticats this year, he had a combined 90 rushing yards and 100 receiving yards.

Near the midpoint of the season, the Ticats’ run defence was arguably its weakest link. The group has tightened up as the season has moved along, finishing third in the league, allowing 97 yards per game from opponents.

Will the Bombers choose to attack a potential sore spot on Sunday with the league’s top running back?

Can Dane and Speedy keep it going?

It’s been a magical 2019 for Dane Evans. The Ticats lost their starting QB, Jeremiah Masoli, in Week 7 in what turned out to be a Grey Cup preview against Winnipeg. When the news broke the next day that Masoli had torn his ACL and would be out for the season, just about everyone assumed that their Grey Cup hopes went to the injured list with Masoli.

Evans was in the minority that thought otherwise. Despite extremely limited experience from the 2018 season, Evans stepped in and has looked like a seen-it-all vet for the Ticats’ next 15 games. The Ticats’ offence hasn’t missed a beat over the last few months, with Evans raining passes down to his favourite target, Brandon ‘Speedy’ Banks. Evans finished with 3,754 passing yards and Banks put together the best season of his eight-year career, with 1,550 yards and a highlight reel full of game-changing plays. Without that one-two punch, the Ticats don’t make it anywhere close to this week’s game in Calgary.

Against the Bombers, though, Hamilton’s dynamic duo faces a stiff, quarterback stifling test. In their Western Semi win over Calgary, Winnipeg’s defence picked off Bo Levi Mitchell three times. In the Western Final in Saskatchewan, Winston Rose showed why he was the league’s leader in thefts, with the game’s only interception coming in the final minutes of the third quarter.

The Riders had a wild final three minutes, getting well within striking distance of a potential game-tying touchdown but Winnipeg’s defence bent as far as it could without breaking.

Throughout the 2019 season, Evans and Banks have been virtually unstoppable in the biggest moments of games. The Grey Cup game should be a huge test for a dogged Bombers’ secondary and a pair of players in Evans and Banks that have solved just about every riddle presented to them this year.