Berg vs. Ferg: Canadian talent primed to shine on Sunday 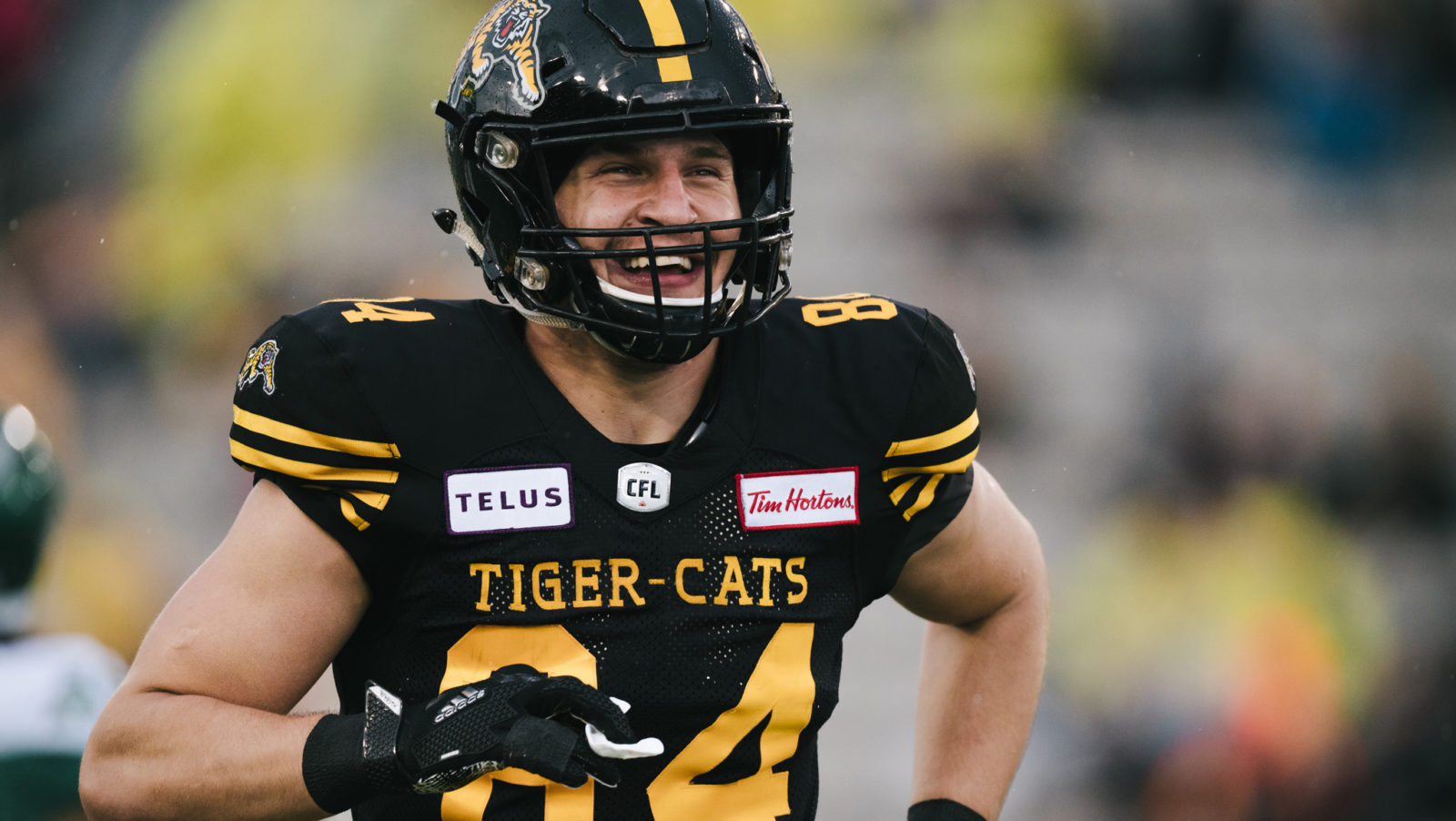 Berg vs. Ferg: Canadian talent primed to shine on Sunday

Berg vs. Ferg is back for 2019 as columnists Pat Steinberg and Marshall Ferguson debate over some of the league’s most contentious storylines. This week’s question: Who will win Most Valuable Canadian in Sunday’s Grey Cup?

CALGARY — Every November, the Dick Suderman Trophy is awarded to the Grey Cup’s Most Valuable Canadian. The trophy was named in Suderman’s honour after the defensive lineman died a year after winning the first annual award in the 1971 Grey Cup.

While the race to win Most Outstanding Canadian in the regular season is more of a marathon, the Grey Cup is where heroes are born. Players with a national designation have a chance to not only win a championship on Sunday, but also etch their names as one of a handful of great Canadians in Grey Cup lore.

Who will join the list of past winners, which most recently includes Lemar Durant, Jerome Messam, Brad Sinopoli, Shamawd Chambers and Andy Fantuz? Several players from Sunday’s lineups could easily make a convincing case.

For the Ticats, the winner is more likely to come from the defensive side of the ball, where safety Tunde Adeleke and defensive tackle Ted Laurent have played a role on one of the league’s top defences in 2019. Offensively, Mike Jones has had a quiet season, but is capable of going off at any time, along with versatile fullback Nikola Kalinic.

On the Winnipeg side, Andrew Harris is the first and obvious choice. The Bombers’ running back has already won the honour in 2011 for the Lions, and is sure to have a chip on his shoulder as he looks to lead his hometown team to a championship. But the Bombers have some other offensive contributors that could play a role, with Drew Wolitarsky, Nic Demski and Mike Miller also part of the game plan.

Last but not least, don’t rule out Ticats kicker Lirim Hajrullahu, who kicked a Grey Cup winning field goal for the Argos in 2017. Twelve kickers have captured the honour of Grey Cup Most Valuable Canadian since its inauguration, and Hajrullahu is more than capable.

Who will be the Grey Cup Most Valuable Canadian on Sunday? Pat Steinberg and Marshall Ferguson debate.

Ahh yes, the Dick Suderman Trophy. One of my favourite pieces of hardware awarded annually in the CFL

Of course it’s given to the Canadian player deemed to have the best performance in the Grey Cup and its deep history paints the picture of championships gone by, but who will claim the crown this year?

I was tempted to go with Lirim Hajrullahu as kickers have been named Most Valuable Canadian 12 times, but I believe when the Ticats score the majority of their points Sunday it will come in the form of sevens, not threes, which in part negates his case.

I thought about maybe Tunde Adeleke getting a couple interceptions to take the honour, or Mike Daly on special teams, but one name amongst all others is my wish to see as top Canadian.

That’s right, I am going with the man offensive coordinator Tommy Condell tags tackle trap blocking schemes with the word “Gronk” because just like the recently retired NFLer, Kalinic has the ability to change the game in a moment’s notice, but in a slightly more subtle way.

Kalinic has been hugely influential in the Ticats’ ground attack as a lead blocker this year while serving as a constant threat in play-action and contributing on special teams.

If Kalinic can get a couple of meaningful touches – like Declan Cross’ two-point conversions in the 2017 Grey Cup — a performance which should have earned the MVC by the way – and add a couple special teams tackles with a Ticats Grey Cup win, the party animal with a heart of gold just might be standing on the stage at McMahon Stadium with a microphone in his face.

Andrew Harris is a man on a mission. While getting to Sunday’s 107th Grey Cup at McMahon Stadium is a part of that mission, by no means is it complete for the CFL’s rushing leader. For multiple reasons, Harris is going to be as driven as ever when his Winnipeg Blue Bombers lock horns with the Hamilton Tiger-Cats. That’s why I can easily see him being named Most Valuable Canadian at the end of Sunday night.

It has been eight long years since Harris has had a chance at winning the CFL’s biggest prize. Harris’s first and only trip to the Grey Cup was as a first-year starting running back with the BC Lions in 2011. The Lions rolled to a 34-23 victory that day (funny enough, against the Bombers) and Harris hasn’t had a chance at a title since.

Further to that, though, now he’s going back to the Grey Cup as a member of the Bombers. That means something to Harris. The Oak Park grad signed with Winnipeg in 2016 not just to get a chance to play for his hometown team. Harris also wanted to get in on the ground floor of something special and be a part of the growth process. Since his arrival, the Bombers haven’t missed the playoffs and now they’re finally here. I can’t see Harris being anything but dialed in on Sunday.

Finally, I think Harris feels he has something to prove. His two-game suspension earlier this season for violating the CFL/CFLPA drug policy hurt Harris. Is there a better way to put an unpleasant chapter in the past than to help lead a team to a Grey Cup victory?

Harris won’t be the only motivated player on Sunday. In fact, I would suggest every single player who steps foot on that field will be as fired up as they’ve ever been. But when you think of his journey, his hometown, and his difficult 2019 season, Harris might have a little more motivation than most come kickoff time.