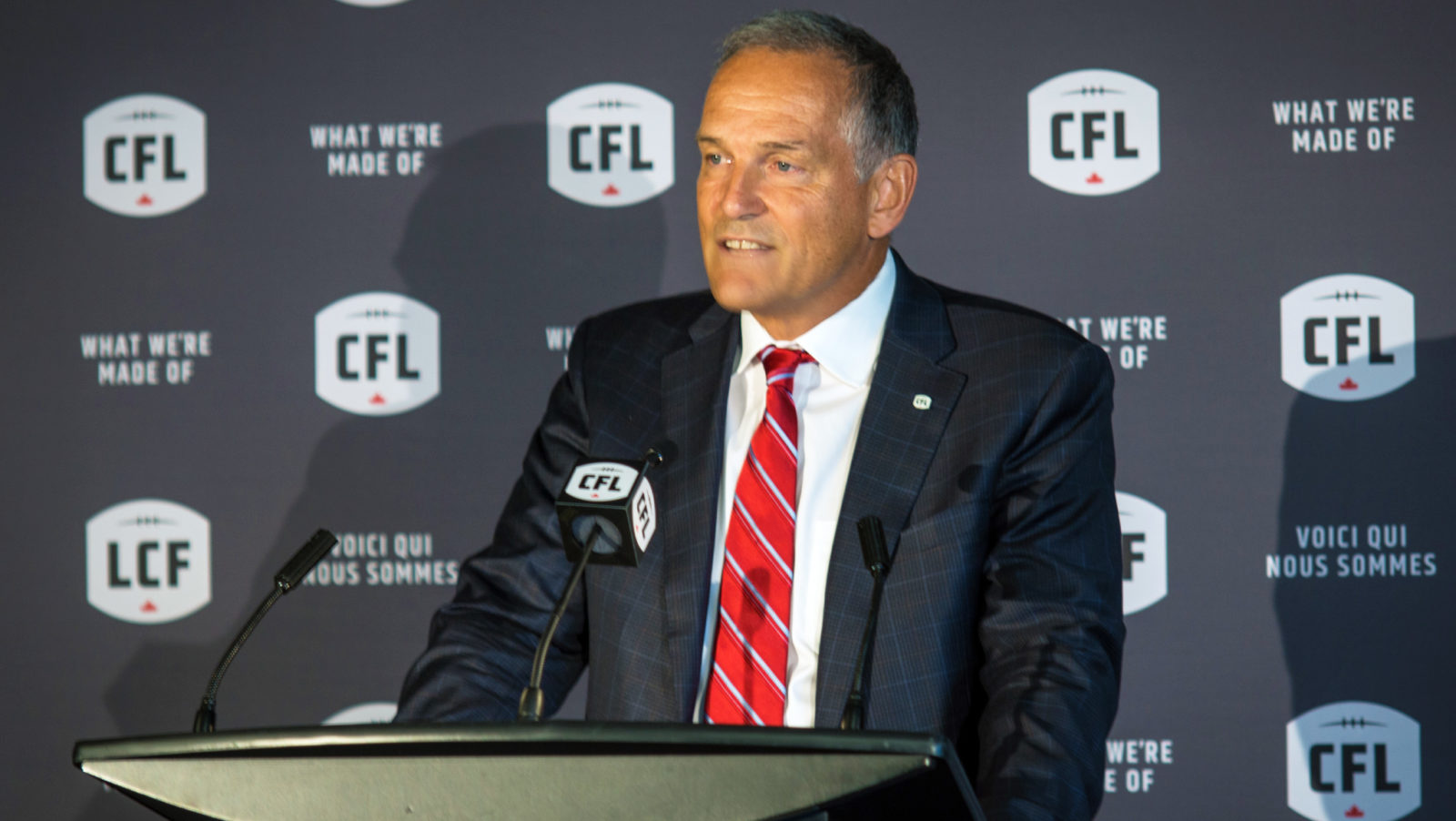 CALGARY — The 2019 Commissioner’s Award has been presented to Jim Lawson for his tireless devotion and countless contributions to the CFL.

“As the Chairman of our Board of Governors since 2013, Jim has Canadian football in his DNA and the CFL’s best interests always at heart,” said CFL Commissioner Randy Ambrosie. “No one works harder behind the scenes on the league’s behalf, passionately, constantly and effectively.”

Lawson has helped three Commissioners – Ambrosie, Jeffrey Orridge and Mark Cohon – shepherd the league through challenging, exciting and rapidly changing times. Twice, he served as the acting Commissioner while assisting in the search for a new chief executive for the league.

He has been called upon over the years to help the league seize new opportunities, manage emerging issues and broker important deals. He has been involved in the sale of franchises, helped recruit sponsors and talent, and chaired and helped guide the board, which is made up of club owners, chairs and presidents.

“I am humbled and honoured by being presented the Commissioner’s Award,” said Lawson. “My family has been intricately involved with the CFL for four generations and that dedication stems from wanting to give to a sport that is part of our fabric as a nation. I value the rich history of the CFL and how it unites our country through its passionate fan base and tremendous athletes.”

Lawson’s father Mel played quarterback for the 1943 Grey Cup-winning Hamilton Flying Wildcats – a legendary war era team made up of servicemen, many of whom lost their lives before World War Two concluded.

“A successful lawyer and business leader, Jim has contributed to his family’s legacy and our country’s sporting tradition in many remarkable ways,” Ambrosie added. “He was a draft pick of the Montreal Canadiens in 1978 and played two years in their system before retiring to pursue law. He has been CEO of the Woodbine Entertainment Group since 2015 and has put his creative and innovative stamp on horse racing in this country. But it is his dedication to Canadian football and the CFL that we celebrate with this award.”

The award was first introduced in the 1990 CFL season. Past winners include Wally Buono, Ron Lancaster, Russ Jackson, Hugh Campbell and Bernie Custis.