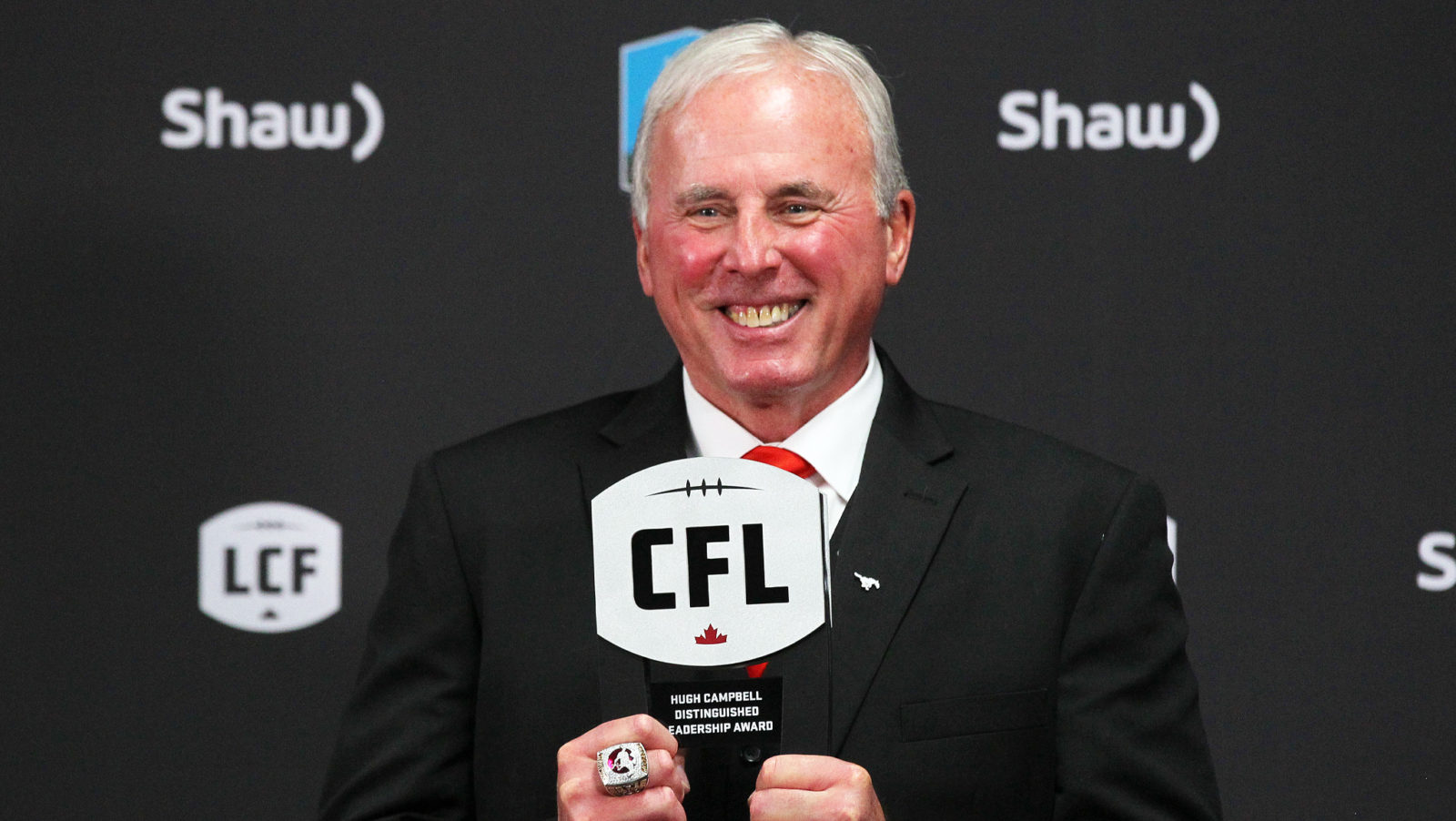 CALGARY — One of the most successful coaches and executives in CFL history, John Hufnagel, has been honoured with the Hugh Campbell Distinguished Leadership Award at the 2019 Shaw CFL Awards on Thursday night.

Presented annually since 2006, the award recognizes an individual who has demonstrated great leadership and made significant contributions to the league.

“As a player, assistant coach, head coach, general manager and President, John Hufnagel has always a been a true leader,” said CFL Commissioner Randy Ambrosie. “This award not only honours all of his achievements, including five Grey Cup championships, but also highlights the incredibly high level of success that he has sustained in Calgary since taking the reigns of the football operations 11 years ago. His tenure atop the Stamps has been synonymous with excellence.”

Hufnagel’s CFL story began in 1976 when he arrived in Canada. He would go on to play quarterback for three teams – the Stampeders, Saskatchewan Roughriders and Winnipeg Blue Bombers – over the next 12 years.

He served as the offensive coordinator in Calgary from 1990-96, helping to mold the wildly successful CFL careers of Doug Flutie and Jeff Garcia. Following stints in the Arena Football League and the National Football League, he returned to Calgary in late 2007, launching a run of success marked by six Grey Cup appearances in 12 seasons, including three-consecutive from 2016-18 and a victory last year.

Hufnagel was the Stampeders’ head coach from 2008-2015, and currently serves as the team’s President and General Manager. Since 2008, Calgary has amassed a record of 159-60-2 – a winning percentage of over 72 per cent.

“By its very nature, sports are about wins and losses – climbing the mountain and, almost inevitably, tumbling back down it,” Ambrosie said. “But the Stampeders with John at the helm have lived at the peak, year after year after year. That success is a testament to everyone involved, but especially their great leader, John Hufnagel.”