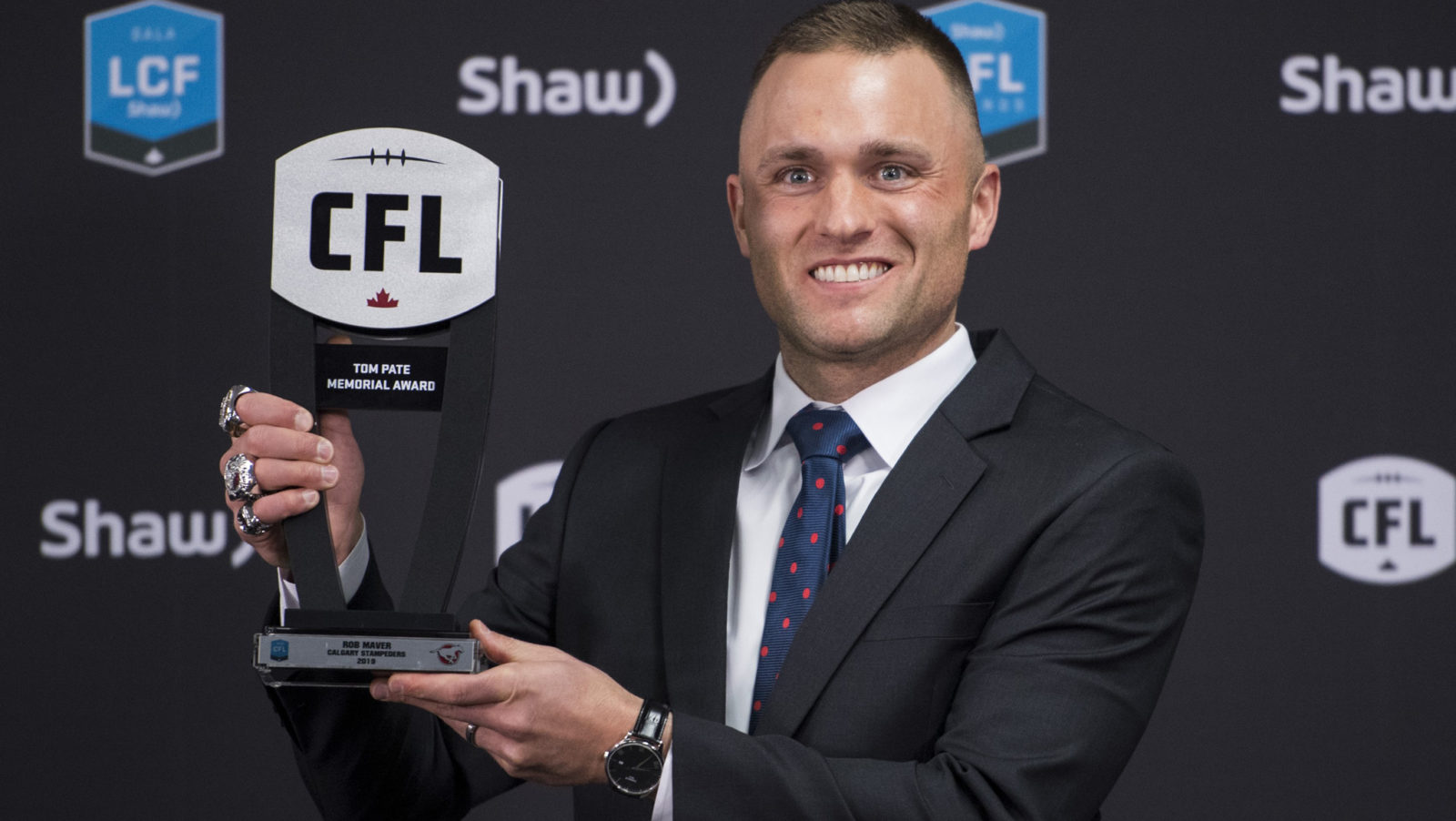 Selected by the CFL Players’ Association, the award celebrates outstanding sportsmanship and is given to a player who has made significant contributions to his team and his community Association.

Presented annually since 1976, the winner of the Tom Pate Memorial Award is selected by the Canadian Football League Players’ Association in recognition of his sportsmanship and contributions to one’s team, community and the CFLPA.

The Award was created in memory of Tom Pate, who suffered a life-ending aneurysm while playing for the Hamilton Tiger-Cats in 1975 at the age of 23.

“It is a tremendous honour to receive the Tom Pate award,” said Maver, who has won a pair of Grey Cups in his 10 seasons with Calgary. “Crohn’s and Colitis Canada is a great organization whose work supports meaningful initiatives which seek to improve the lives of those who suffer from Crohn’s disease and Ulcerative Colitis. I would like to thank the CFLPA, the Stampeders, Tammy Truman and the Guts N Glory committee for everything we were able to accomplish together. Not only did we raise funds, but together we raised awareness for this cause.”

Maver was recently announced as the Stampeders’ recipient of the Herm Harrison Memorial Award for the second consecutive year to acknowledge outstanding involvement in community service. His most notable contribution to the community in 2019 was dedicating hundreds of hours as the co-chair of the annual Rob Maver Guts N Glory flag football tournament. The 2019 event generated $36,000 for Crohn’s and Colitis Canada and a total of more than $102,000 has been raised in just three years.

Other community initiatives led by Maver include spending the past three years as a TELUS Wise ambassador, presenting to children and seniors on the topics of online safety, cyberbullying and maintaining a clean digital footprint. Maver has also offered his time to young kickers and punters throughout the local community to assist with their football development.

A former captain of the Stampeders as voted on by his teammates, Maver is also a former CFL and CFLPA all-star. In addition, he has spent the past two years as a CFLPA representative on behalf of the Red and White.