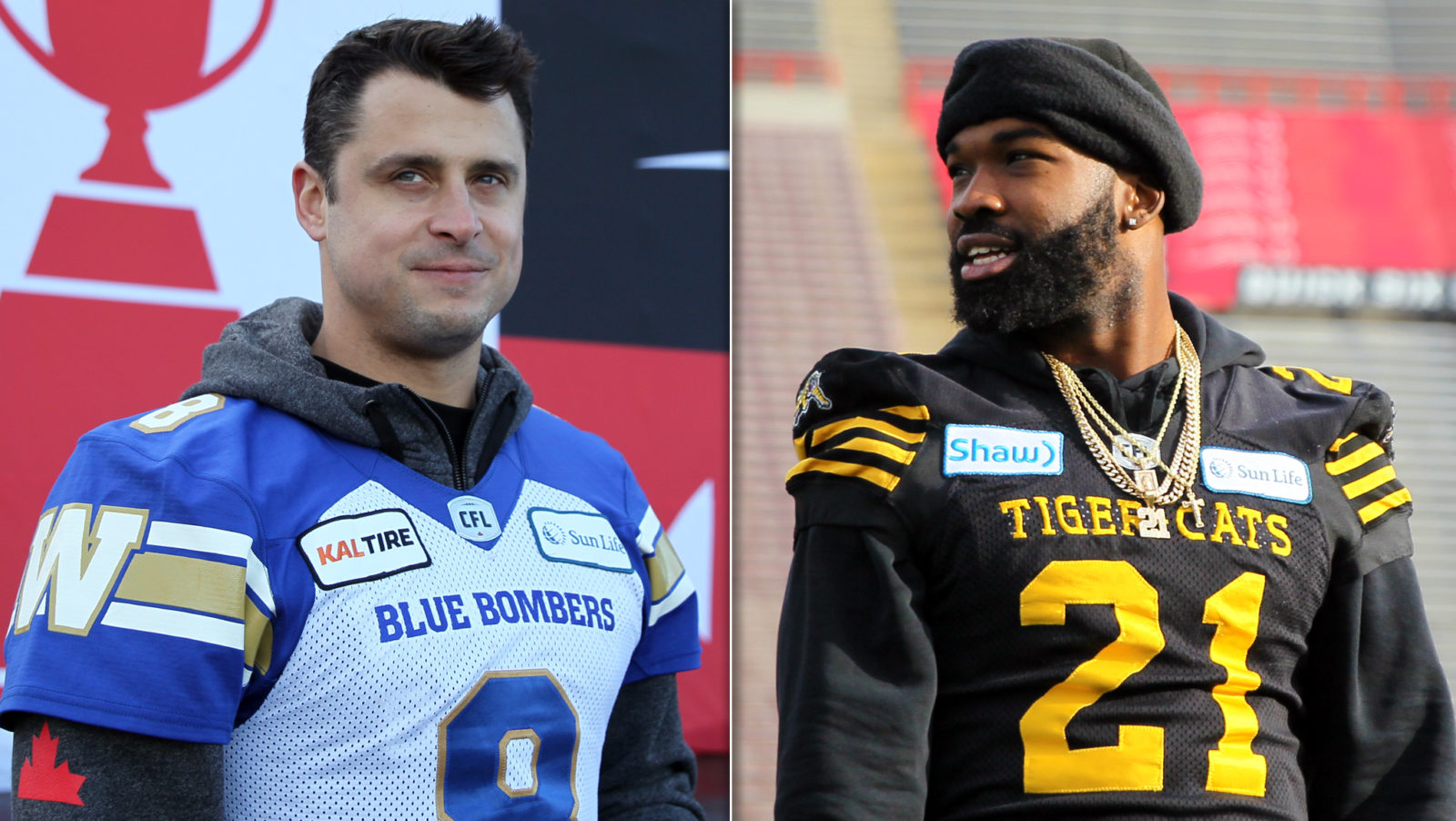 We’ve finally made it to the 107th Grey Cup presented by Shaw, and with that, the final CFL.ca writer predictions of 2019.

Will it be the Hamilton Tiger-Cats or the Winnipeg Blue Bombers that come out of McMahon Stadium as 2019 champions? Well, if you ask the writers, they believe it’ll be the Tabbies that end their drought.

Five of the six writers went with Hamilton. However, anything can happen, and Pat Steinberg is siding with the Blue and Gold on Sunday.

Here are the picks for the Division Finals: 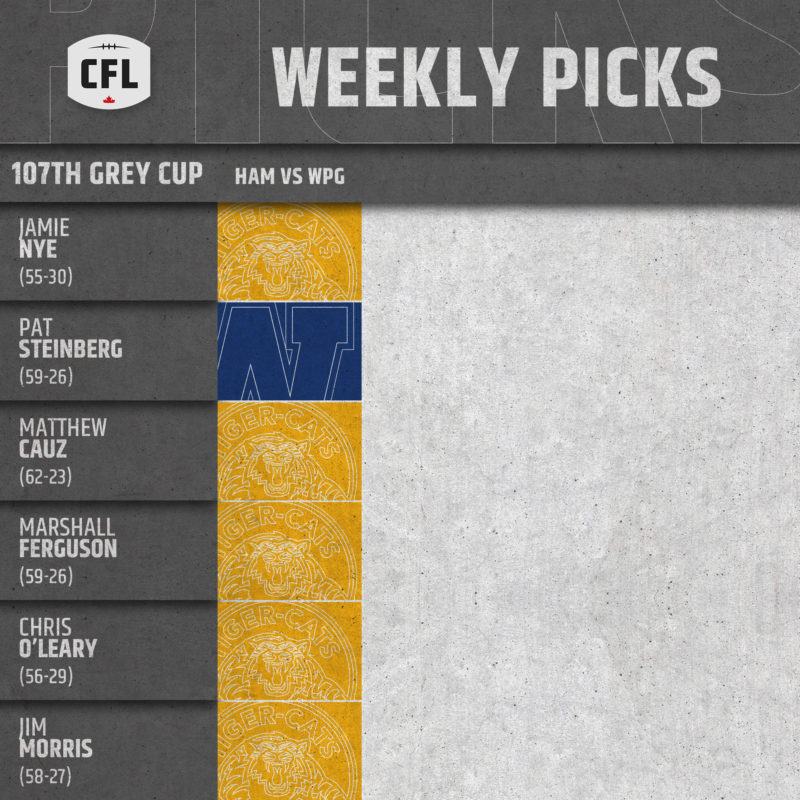 One game, one opportunity at glory. Both Winnipeg and Hamilton have Grey Cup droughts lasting over 20 years apiece. One will finally snap that drought and hoist the trophy on Sunday night.

The game will be a showcase of 2019 Shaw CFL Awards winners. On the Hamilton side, Most Outstanding Player Brandon Banks highlights the group. Along with him, Nissan Titan Most Oustanding Offensive Lineman winner Chris Van Zeyl and Most Outstanding Special Teams Player Frankie Williams will be big-time contributors in different facets of the game. The group will be led by CFL Coach of the Year Orlondo Steinauer.

Winnipeg has Most Outstanding Defensive Player Willie Jefferson, who will do his best to be as big of a menace as possible for Dane Evans and the Ticats’ offence.

When the Ticats and Bombers first met up this season, Jeremiah Masoli suffered a season-ending ACL injury. Evans entered that Week 7 outing in relief, and the rest is history.

Hamilton handed Winnipeg its first loss of the campaign that night. In the rematch — during Week 16 — the Tabbies swept the season series with a 20-point victory.

Chris Streveler was the man under centre for the Bombers in that last outing against Hamilton. The Ticats will still have to deal with Streveler in the running game, but they also have to be ready for Zach Collaros, who will handle almost all the throwing duty.

Collaros has been getting better with every outing and he’s looking to write an incredible ending to a 2019 season that, at one point, looked like he was going to have to sit out.

In both the Western Semi-Final and Final, Collaros and Darvin Adams have connected for big-time gains. Against the Stamps, it was a 71-yard catch-and-run for a touchdown in the second half, and a week ago against Saskatchewan, the pair connected again for a 63-yard completion in the opening quarter. Andrew Harris will also be a big part of the game, as the Winnipeg native looks to help his hometown team end the league’s longest championship drought.

Evans played a part in securing both victories over the . Banks is coming off a game where he had a pair of highlight-reel snags — with one going for a touchdown. Bralon Addison will also be a massive part of the offence on Sunday, as will Tyrell Sutton, who will return to the lineup and serve as the feature back for the Tabbies.

One drought will come to an end on Sunday. The burning question is which team will hoist the hardware.