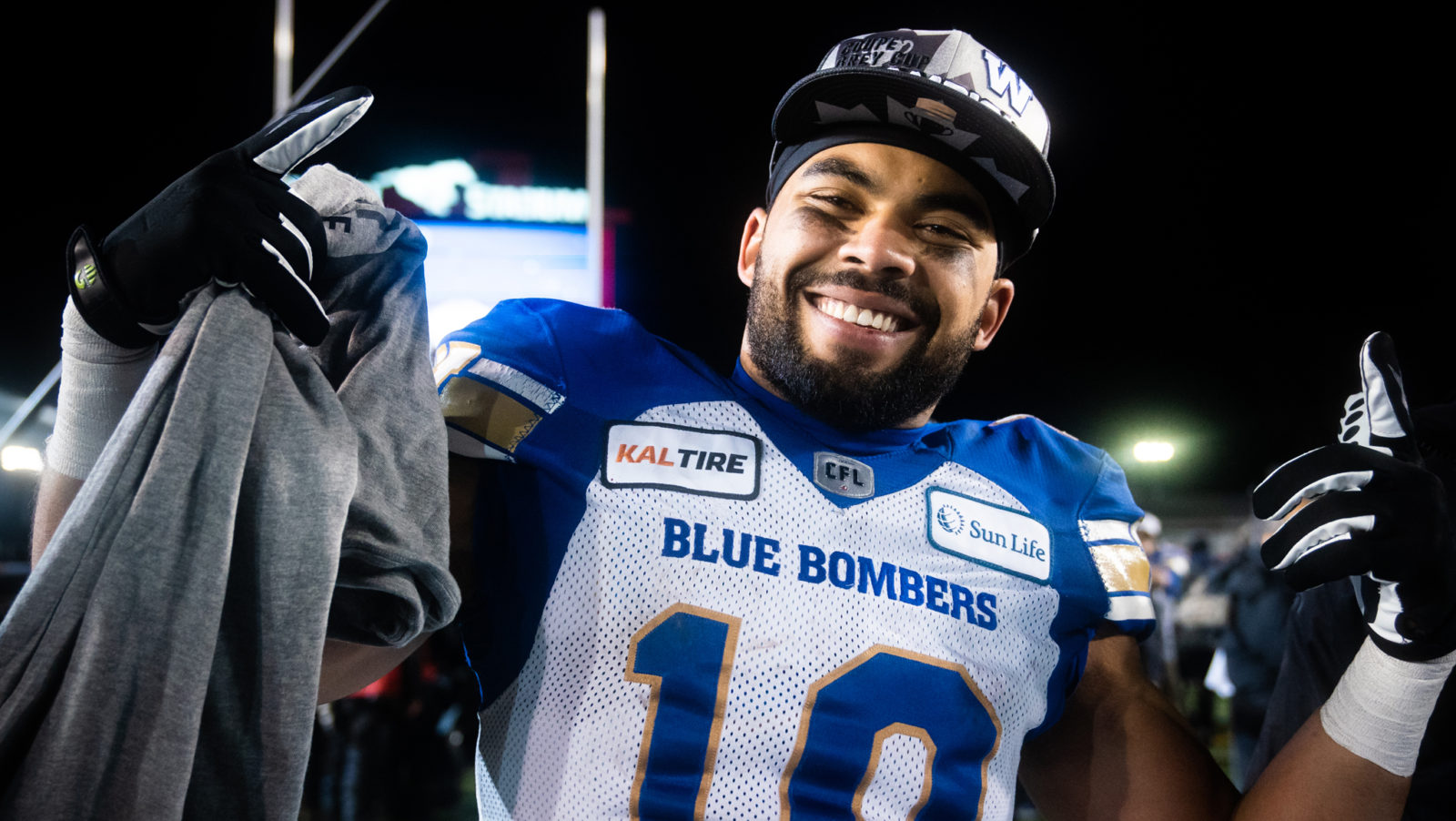 Nic Demski was thrilled to be blue.

The slotback with soft hands and quick feet was one of the cogs in the Winnipeg Blue Bomber machine that chewed up and spat out the Hamilton Tiger-Cats 33-12 Sunday in the 107th Grey Cup presented by Shaw at Calgary’s McMahon Stadium.

The Bombers had gone 29 years without winning a CFL championship. For the Winnipeg native to finally hoist the Grey Cup was like giving a cool drink to a very thirsty man.

“It’s crazy, it’s nuts,” shouted Demski over the cheers of Winnipeg fans who had flooded on the field after the decisive victory. “Just to be on a championship (team) wearing blue.

“We’re able to bring this Cup back home after the drought they had. It feels great. I don’t have any words for it. I’m proud of this team and I’m proud of this organization. I just can’t wait to get home to Winnipeg and celebrate with our fans.”

RELATED: 107TH GREY CUP PRESENTED BY SHAW
» For the Grey: Bombers end Grey Cup drought with win over Ticats
» O’Leary: Harris was a man on a mission in Grey Cup win
» Harris named Most Valuable Player, Canadian
» Relentless Bombers thrived on being the underdog

Demski had four catches for 45 yards. In the second quarter he showed his speed by collecting 22 yards on a sweep that led to a Winnipeg field goal.

“He can do anything you ask him to do,” said O’Shea. “He’s highly intelligent. You can put him in a bunch of positions. He’s a pro so he’s going to learn everything he has to learn and spend extra time on protections.

“The biggest thing is, he’s as good an athlete as there is on the field. We’re fortunate to have him. I like it he’s from Winnipeg and I think he likes that too.”

Demski called the game plan implanted by offensive coordinator Paul LaPolice, and his play calling during the night, a masterpiece.

“The players made their plays, LaPo made the right calls. We really came together, and we really made this thing happen.  It’s crazy.”

Demski was born in Winnipeg, attended Oak Park High School and played for the University of Manitoba.

The 25-year-old spent three years with the Saskatchewan Roughriders before returning to Winnipeg as a free agent in 2018.

Winnipeg a CFL championship in a Bomber uniform is a dream come true.

“I just (dreamed) to become a champion,” he said. “Now I am a professional champion, something that nobody can take away from me.

“I’m going to remember this moment for ever. I’m just excited. I’m ecstatic beyond words.”

The Bombers where showered with coloured confetti when presented with the Cup, but there were times during the season when it looked like the team would be buried by a blizzard of adversity.

Star running back Andrew Harris was handed a two-game suspension in August for testing positive for an anabolic steroid.

Winnipeg had a 7-2 record when starting quarterback Matt Nichols was lost for the season with a should injury suffered in a Aug. 14 win over the Lions.

Despite the adversity the Bombers never took their eyes off the prize.

“This was our goal from the start of the season,” said Demski. “All the hard work, all the ups and downs, we made this dream come true.”

Backup quarterback Chris Streveler stepped in after Nichols’ injury and won three of eight games. The Bombers acquired Zach Collaros at the CFL trade deadline, and he worked in tandem with Streveler.

Winnipeg finished the regular season with an 11-7 record, then beat the defending champion Calgary Stampeders in the Western Semi-Final and Saskatchewan in the Western Final. 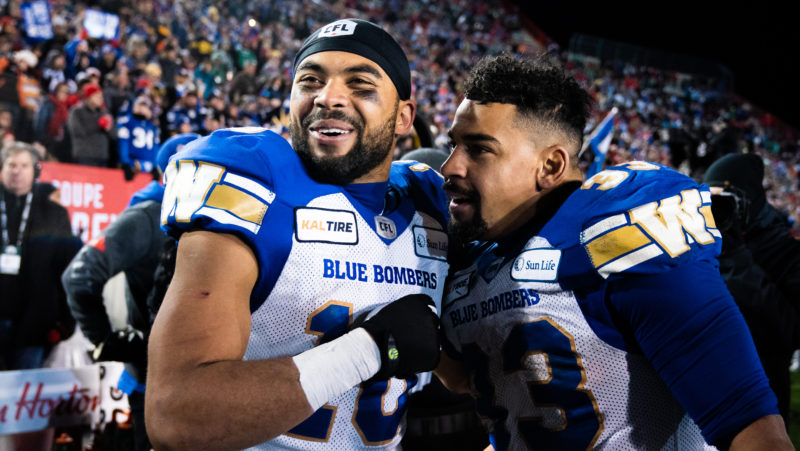 During the regular season Demski had 44 catches for 543 yards and three touchdowns. He also had 147 yards and two touchdowns on 26 rushes.

In the two playoff games Demski had eight catches for 81 yards and four rushes for 56 yards and a touchdown.

When the final seconds ticked off the clock, one of the first people to congratulate Demski was Harris, who was named the games’ Most Valuable Player and Most Valuable Canadian.

“That’s my brother man, that’s my big bro,” said Demski. “He showed me the ropes when I cam to Winnipeg. He showed me how to be a pro.

“It means a lot we’re championships together.”

The Tiger-Cats led the league with a 15-3 record and were favoured by many to win the final.

Being underdogs didn’t bother the Bombers.

“It’s cool, man. We just came out and played football. We played good football and we won.”