O’Leary: More than meets the eye to the midfield logo 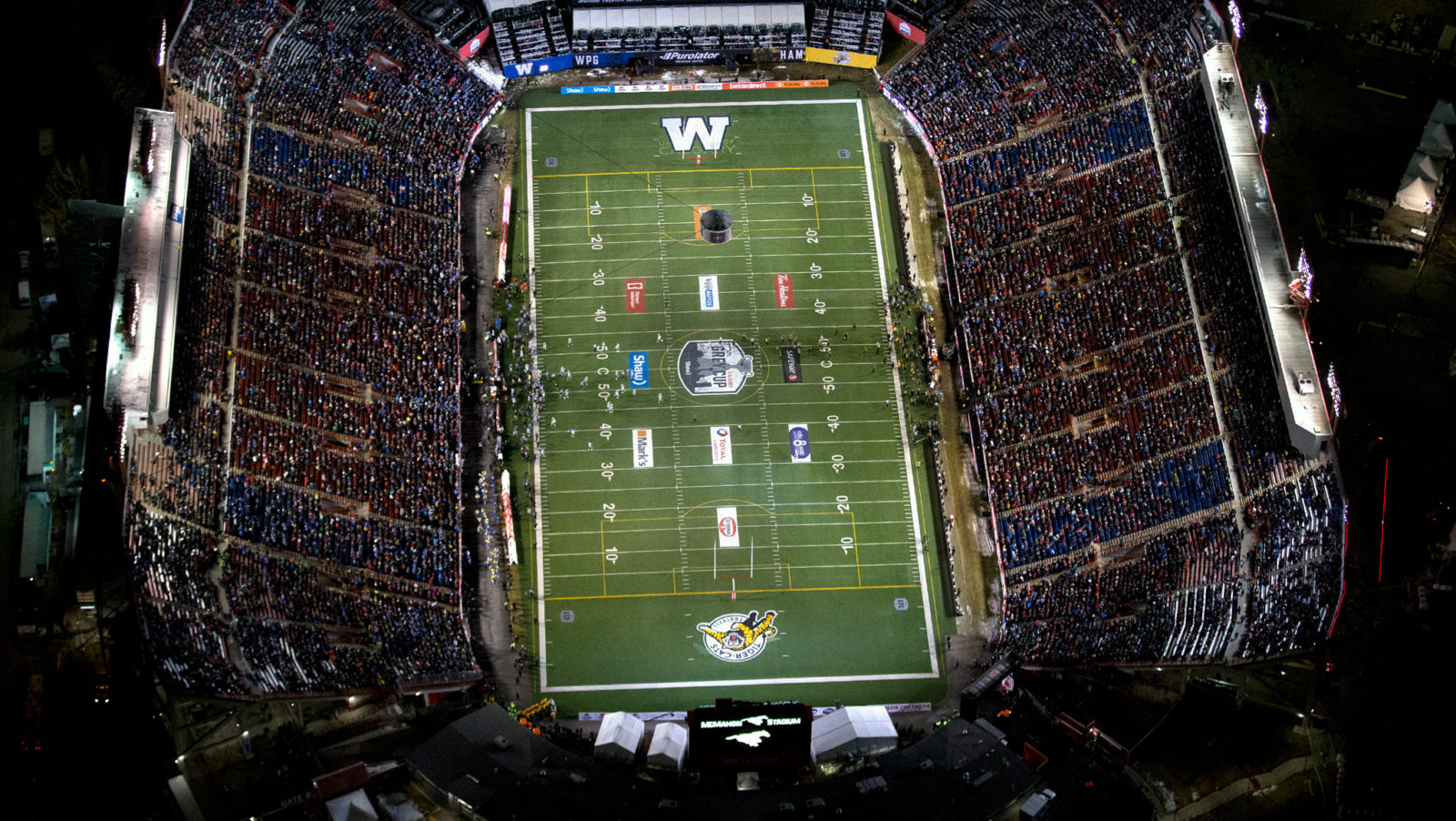 O’Leary: More than meets the eye to the midfield logo

The confetti had fallen, a drought had ended and Bruce Simpson was exhausted.

The Edmontonian has worked 23 Grey Cups now, painting the logos that you see on the field (by hand!) and organizing the signage around the sidelines. The tradition, he says, is when it’s finally quiet and the fans have long since taken the party from the stands to the streets, his team takes a group photo at the 55-yard line.

On Sunday night in Calgary, Simpson and his crew waited out a couple that was taking a selfie, then got in position on the logo that he’d started working on at 6 a.m. Saturday. Out of the corner of his eye, he saw a couple of Winnipeg Blue Bombers fans waiting their turn.

» MUST READ: Spiring set to make history as first female on the Grey Cup 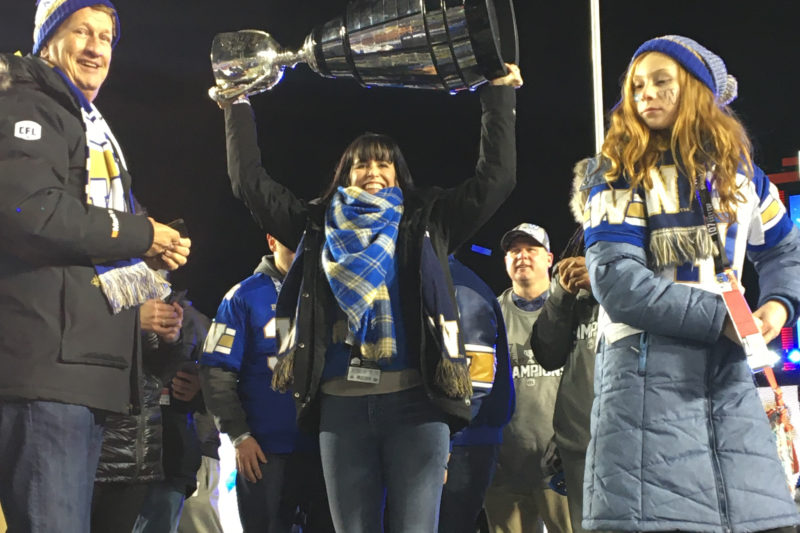 Simpson has seen a lot of things in Grey Cup-hosting stadiums in his years doing this job. What he saw on Sunday night in Calgary blew him away.

“The one gold Milt Stegall jersey stood out,” he said.

The two fans moved onto the logo stood at the top of where the Grey Cup was painted. Simpson says he was about five or six feet away from them. One asked the other if he was recording. His phone held out, the friend said he was.

“I just saw him reach in his pocket, it was a tube or a vial came out and he (sprinkled it) right across the Grey Cup on the 55-yard line,” Simpson said.

“I was in shock that he was on (the field). Security is fairly tight, but then he looked up and pointed to the sky and said, ‘That’s for you.’ Then he kneeled down and started to weep.”

Over the years, Simpson has seen fans dance on the midfield logo and play on it. He’s seen players get down and kiss it. He’d never seen a fan sprinkle a loved one’s ashes on it. He later found out that the duo made an impassioned plea to security to get field access.

Simpson admits that he’d been awake for around 40 hours by the time he saw it and that tiredness may have played a factor but the sincerity of the moment hit him. It wasn’t long before he was crying, too.

“A phenomenal experience. I get to see so much, being behind the scenes,” he said.

“I see a lot of stuff hours before game, hours after a game, there are nights before (a game) when I’m alone in the stadium all night long. I do get to witness a lot of stuff that a fan wouldn’t see. That one was right at the top, near the top of the list.

“I don’t know what made me post it, but I thought it was a really cool experience.