Who should be under centre for the Bombers in 2020? 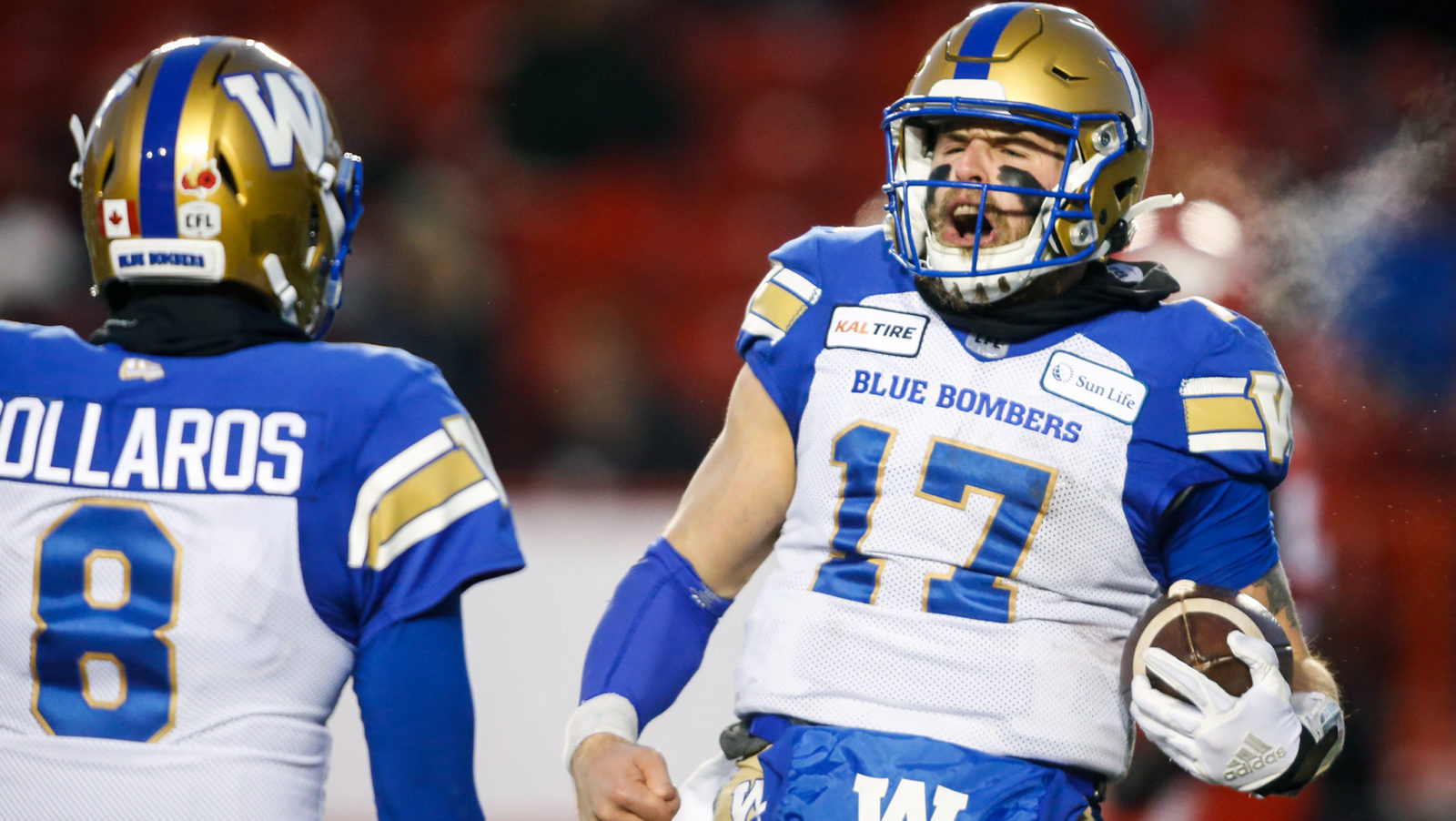 Who should be under centre for the Bombers in 2020?

TORONTO — The Winnipeg Blue Bombers started the 2019 campaign with a very clear outlook of how their QB room would look, however, less than a week removed from the team snapping a 29-year championship drought, that outlook is vastly different from five months prior.

Zach Collaros, who started the season out in Saskatchewan, helped lead the team to a Grey Cup alongside Chris Streveler while Week 1 starter Matt Nichols was forced to watch from the sidelines due to injury.

Headed into the offseason, the Bombers now face the question of who their starting pivot will be going forward.

On the latest episode of The Waggle presented by Sport Clips, Davis Sanchez and Donnovan Bennett break down the 107th Grey Cup presented by Shaw and look at what the Bombers may do under centre heading into 2020.

EPISODE OVERVIEW: The guys reflect on the 107th Grey Cup and the season that was. They also take a chance to look ahead at what changes might come, particularly at the quarterback position.

“Because of the strength of that defence and that running game, I’m going up to all three of them and say ‘listen, I’ll pay two of you the equivalent of what a high-end starter makes so chop it up. Whichever two want to sign first, sign. And if one of you wants to try your luck in Ottawa or Toronto, good luck,'” Bennett said.

Despite their two-headed dragon that helped the team to a Grey Cup win less than a week ago, the Blue and Gold weren’t exactly running the same system for the majority of the season.

Matt Nichols was the unquestioned leader of the offence heading into the season and held that role through the majority of the year. Through the first nine games of the 2019 campaign, he completed 71 percent of his passes for 1,936 yards and 15 touchdowns while throwing just five interceptions. That effort helped, in part, lead the Bombers to a 7-2 start.

However, in that ninth game — Week 10 against the BC Lions — Nichols rolled out of the pocket and was tackled from behind, landing awkwardly on his throwing arm. He was subsequently placed on the six-game injured list with an upper-body injury. He later had season-ending shoulder surgery, leaving the 24-year-old Streveler to run the offence for the remainder of the year.

Up to that point, the University of South Dakota product had been used primarily as a short-yardage option to pick up first downs on sneak plays.

As a starter, Streveler was a dual-threat in Paul LaPolice’s system. In eight starts following Nichols’ injury, he had 1,482 yards and seven touchdowns through the air while rumbling for 550 yards and seven scores on 88 rushes. However, the young pivot did have some trouble with interceptions, tossing 14 picks to just eight majors.

On the day of the league’s trade deadline, Winnipeg snagged Zach Collaros from Toronto in exchange for a pair of draft picks. After learning the offence down the stretch of the year, the team opted to start Collaros in their final game of the season against the Calgary Stampeders in Week 20. The 31-year-old completed 78 percent of his throws for 221 yards and a pair of scores — one of which being a highlight-reel toss to the back corner of the end zone for Darvin Adams.

Collaros was named the Bombers’ starter for the playoffs and, along with Streveler, helped the Bombers walk into McMahon Stadium and upset the Stampeders in the Western Semi-Final. Collaros provided the air attack, throwing for 193 yards and a touchdown — a 71-yard connection with Adams. Streveler, on the other hand, had 82 yards on the ground while scoring a rushing touchdown on 13 carries.

The dynamic duo continued to roll into Regina, where the Bombers upset the West-best Roughriders with the same dual-pronged offensive attack in the Western Final. Then came the 107th Grey Cup game against the Hamilton Tiger-Cats. Streveler was the lone pivot to throw a touchdown pass. That came in the second quarter when he found running back Andrew Harris in the middle of the end zone for an 18-yard major.

Through the entire run to the title, a lot was made of the offence, but the defence was arguably the side that shined the brightest, especially in the championship game. After holding Calgary and Saskatchewan to 14 and 13 points, respectively, they held one of the league’s most potent offences in Hamilton to just 12 points.

“Zach was good; Zach was cool. But look at their defence. They held teams to under 14 points a game for three games,” Sanchez said. “You don’t think Matt Nichols would put up 15 points a game?”

Now, heading into a crucial offseason where the team needs to sign head coach Mike O’Shea to a new contract and LaPolice is receiving head coaching interest from other organizations, the Bombers now also have to make a choice as to which individual they’ll go with as their starter for the future.

“If I have a choice of three of those guys right now. If I’ve got to make Zach Collaros, Chris Streveler or Matt Nichols my starter day one and pay one of them right now, I’ll pick Matt Nichols,” Sanchez said. “I haven’t been the biggest Matt Nichols fan. I’m not jumping up and screaming about Matt Nichols. Out of those three, he stays relatively healthy, he’s an above-average quarterback in the league and he’d definitely give you a chance to win.

“Matt Nichols could’ve done what Zach Collaros did over those last four games.” 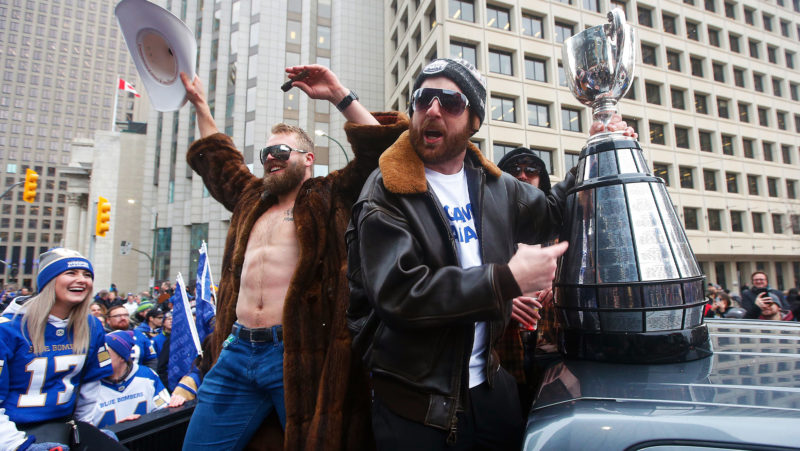 While Nichols is still under contract through next season, both Collaros and Streveler are set to hit the open market come February.

Nichols has received the distinction as a “game manager,” which the 32-year-old has embraced, wearing apparel with that exact saying on it. He led the team to a fantastic start before being injured and shouldn’t be thrown to the wayside because of recent events.

Streveler is the youngest of the trio and proved he could handle leading an offence. However, he’d likely need some more seasoning before the organization hands him the keys full-time.

Lastly, Collaros showed flashes of brilliance in the four-game sample size at the end of the 2019 season. The issue surrounding the 31-year-old is his history of injuries, and both Sanchez and Bennett raised concerns regarding Collaros being one hit away from another scare.

It would’ve been hard to believe that the Bombers would have had this issue when the season started. But now, this appears to be one of the most intriguing storylines heading into the offseason.