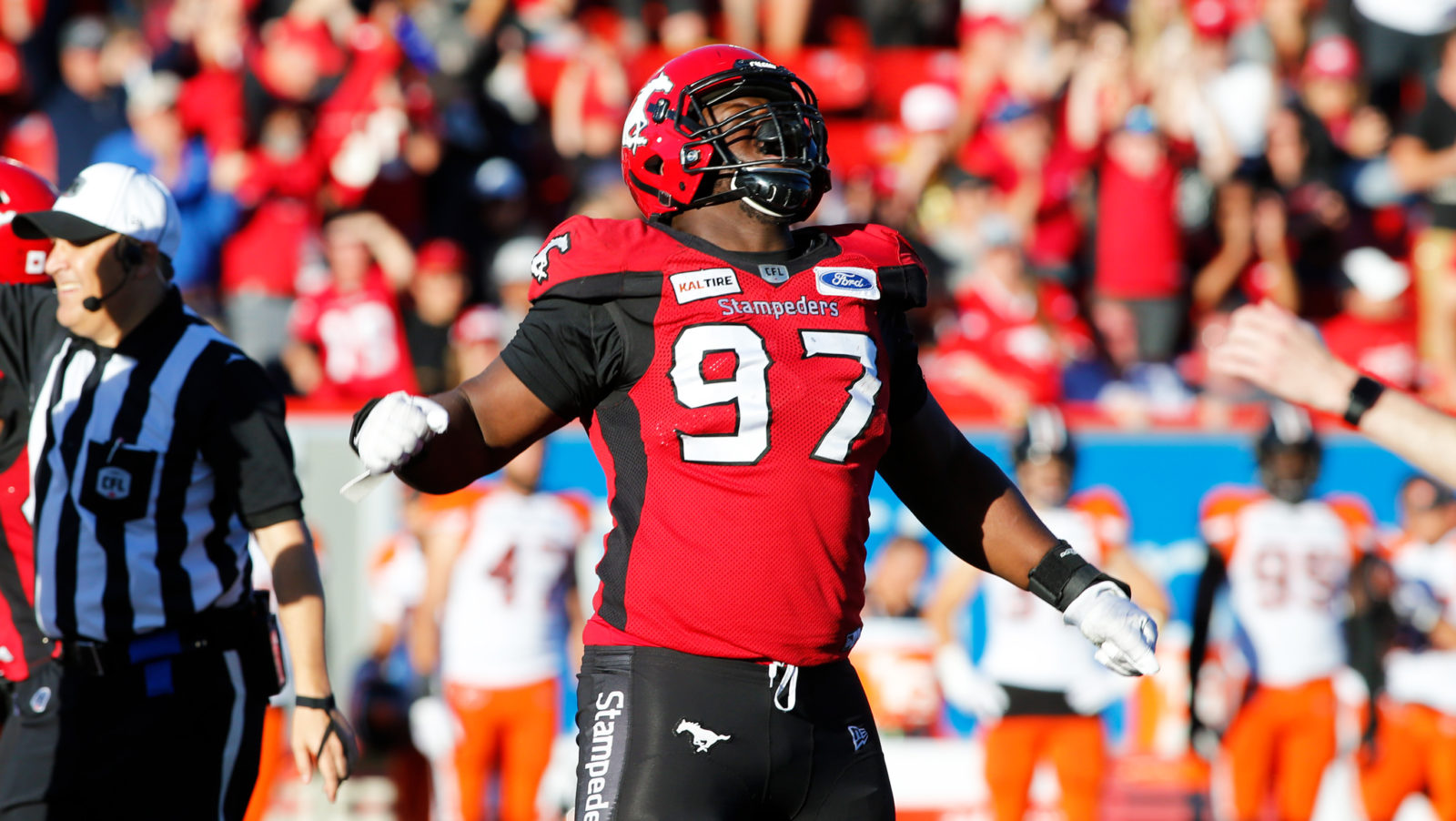 CALGARY  — The Calgary Stampeders have signed national defensive lineman Derek Wiggan to a two-year contract that will keep him with the Red and White through the 2021 season.

The 27-year-old Toronto native is coming off a season in which he established career highs with 18 games started, 35 tackles and four sacks. The five-year-veteran added two special-teams tackles and one knockdown. Wiggan also started the Western Semi-Final and recorded one tackle.

“Derek really raised his game last season and he was a strength for us in the middle of the defensive line,” said Stampeders president and general manager John Hufnagel. “I’m very pleased to have him back and I’m happy that he has chosen to make this commitment to the organization.”

Wiggan was a fourth-round selection by the Stamps in 2014 and he joined the team in 2015.

“I see Calgary as my second home,” said Wiggan. “Calgary is the team that drafted me in the fourth round and they stuck by me even though I wasn’t very highly regarded coming out of university. I’m a big loyalty guy and I want to return the loyalty the team has shown me. I didn’t want to go anywhere else.

“We have a good thing going here and we’ve been in the playoffs every year that I’ve been here. This is a great situation for me and I just want to keep it going.”