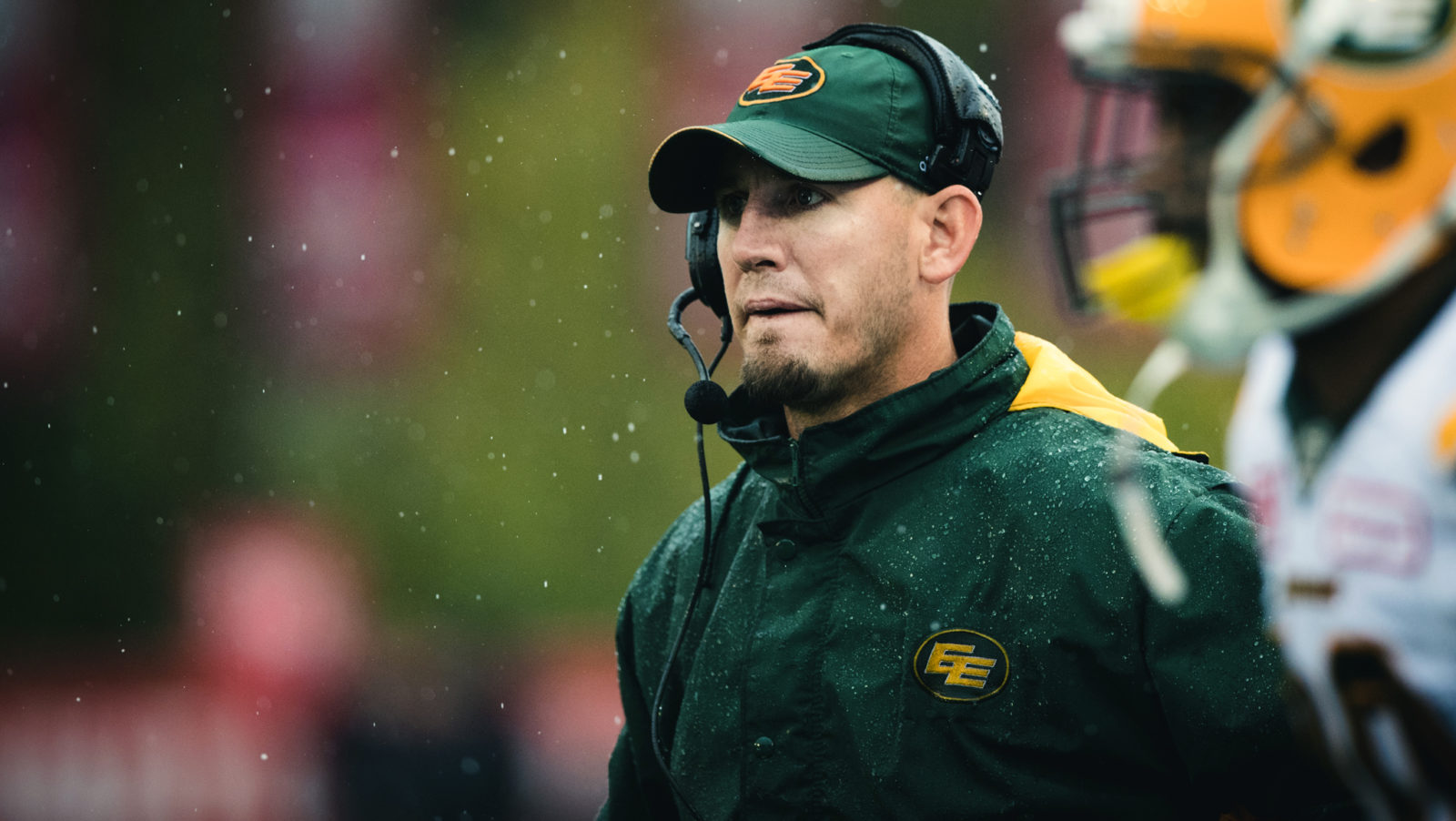 REGINA — Less than 10 days after being let go as head coach of the Edmonton Eskimos, it appears as though Jason Maas has landed the offensive coordinator post in Saskatchewan, according to Dave Naylor of TSN.

Should the hire be made official by the Riders, Maas would presumably take over duties previously held by Stephen McAdoo under Craig Dickenson’s staff. McAdoo has spent four seasons with the Riders as offensive coordinator and assistant head coach.  He was originally a hire from the Chris Jones era after the two coached together in both Edmonton and Toronto.

Hearing Jason Maas as @sskroughriders OC is a done deal and has been for at least a couple of days. Maas has been in Regina since Wed to begin putting together a staff alongside HC Craig Dickenson. Obviously, last season’s OC, Steve McAdoo is not having contract renewed. #Riders

Maas was let go just two days after the 2019 season officially ended despite taking the Eskimos to a division finals appearance, albeit as the fourth-placed crossover team.

Maas was named the 21st head coach of the Edmonton Eskimos on Dec. 14, 2015. After four seasons, he leaves with a 39-33 regular-season record and 3-3 post-season record that includes three division final appearances.

Last season the Riders had the league’s leading passer in Cody Fajardo who threw for 4,302 yards, 18 touchdowns and 8 interceptions in 16 starts.

Late last week it was reported that Maas was catching interest from a number of teams, including the BC Lions and Ottawa REDBLACKS.