Seven names to know for the REDBLACKS’ head coaching vacancy 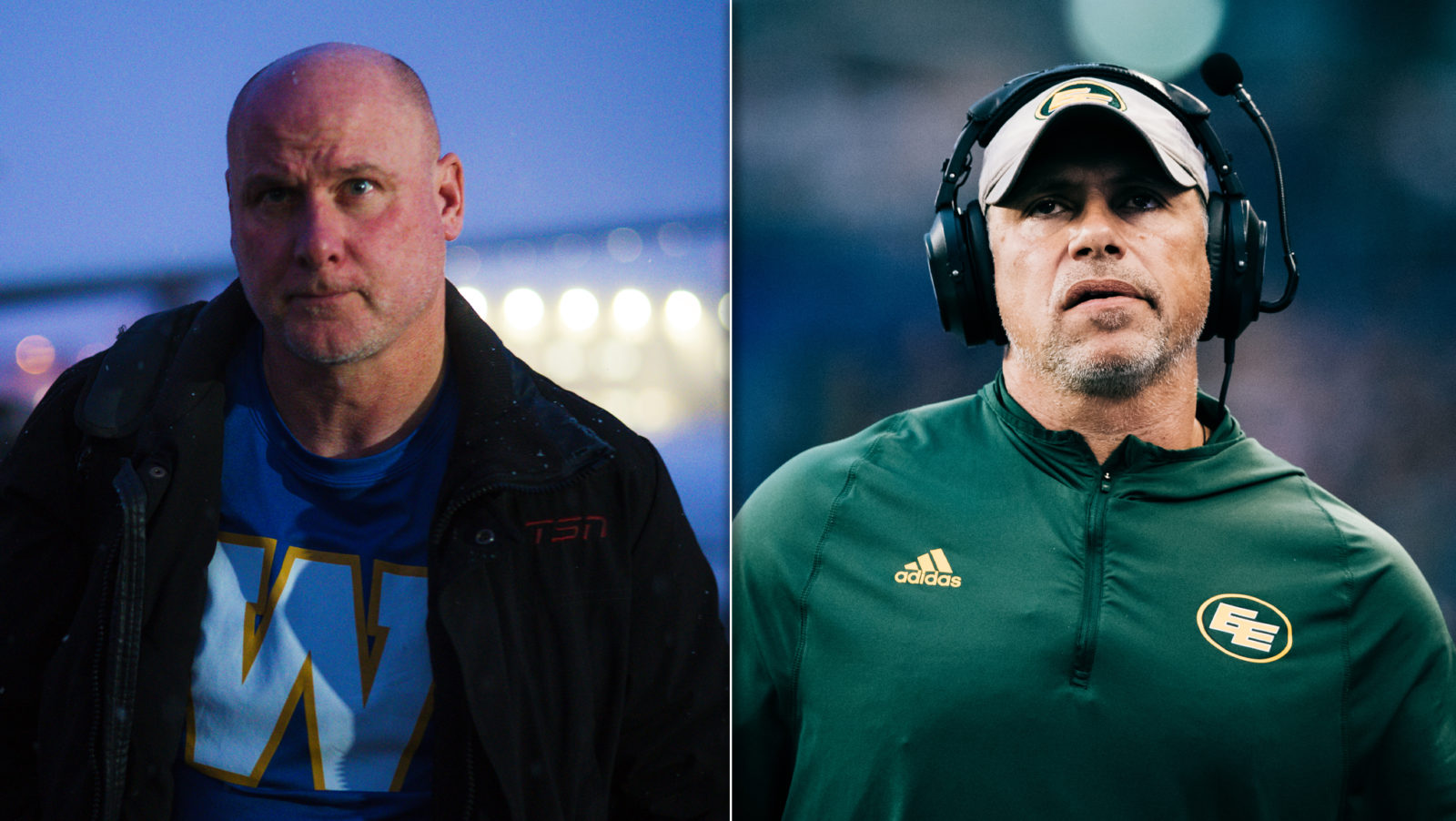 Seven names to know for the REDBLACKS’ head coaching vacancy

TORONTO — The CFL off-season is now in full swing, and it’s not just the players who will be on the move. In fact, at this point, the coaching carousel might be the most intriguing thing on the go.

The first few dominoes have started to fall this offseason in terms of coaching. Former Ottawa REDBLACKS head coach Rick Campbell landed in BC on Monday while former Edmonton HC Jason Maas has reportedly landed as the Saskatchewan Roughriders’ offensive coordinator.

Still in search of a new man to lead the squad, the REDBLACKS have up to seven individuals who still in consideration for the Ottawa head-coaching job, according to TSN’s Dave Naylor.

There are a few names that they have spoken to who have been dubbed as frontrunners for head coaching gigs. They’ve also spoken to a few long-tenured coaches from other organizations about their vacancy.

In no particular order, we take a look at the individuals in the running and their previous coaching experience.

Episode 189: All aboard the coaching carousel w/ Dave Naylor

Possibly the man who has had his name floated around the most as a head-coaching candidate, LaPolice had a tremendous season with the Winnipeg Blue Bombers, helping to lead the team to a Grey Cup with his offensive game-planning.

LaPolice had to work with three different starting quarterbacks throughout the course of the season, and he managed to find success with each. Through the playoffs, he was able to use a two-pronged attack of Zach Collaros and Chris Streveler to beat teams through the air and on the ground.

Before assuming the offensive coordinator role, LaPolice served as the Bombers’ head coach from 2010-12. He was also the OC for the Saskatchewan Roughriders (08-09).

According to TSN’s Farhan Lalji, LaPolice is interviewing for the REDBLACKS’ head coaching position on Thursday.

Benevides has been away from the league for a year, but he has the coaching experience to help lead a team.

He most recently was the assistant head coach and defensive coordinator for the Edmonton Eskimos from 2016-18. Before that, Benevides’ lone head coaching gig came with the BC Lions (2012-14). His teams made the postseason in all three seasons he was at the helm.

During the 2019 season, Benevides featured on the CFL on TSN panel and also provided analysis during the playoffs.

In the same Naylor report that included LaPolice, Lalji also mentioned that Benevides had interviewed for the Ottawa HC spot on Wednesday.

Dinwiddie has spent time in the Canadian Football League as both a player and coach.

He first got accustomed to the league when he joined the Winnipeg Blue Bombers in 2006. He’d stay in Manitoba from 06-08 before jumping to Regina to join the Saskatchewan Roughriders. After spending the 2010 and 2011 seasons with the Green and White, he’d retire in 2012.

The 39-year-old didn’t wait long to get into the coaching ranks. He joined Dan Hawkins’ staff in Montreal in 2013 as an offensive quality control coach. Shortly thereafter, he moved onto Calgary, where he became their quarterback’s coach — a role he’s maintained up to now.

It looks as though Dinwiddie has options regardless of how the situation in Ottawa shakes out. According to TSN’s Farhan Lalji, if he doesn’t become the new head coach of the REDBLACKS, he’ll be taking an offer to be the offensive coordinator in BC.

With the addition of Maas to the Riders’ coaching staff, that leaves McAdoo looking for a spot elsewhere.

Following another four seasons in Toronto, he’d make the move to Chris Jones’ group in Edmonton, where he’d win another championship as the Esks’ offensive coordinator. Ahead of the 2016 campaign, he’d become the Riders’ O-coordinator — a position he’s had for four seasons.

“I would say he’s a lot looser,” Riders receiver Jordan Williams-Lambert said to CFL.ca’s Chris O’Leary of his OC. “I think that’s what I mean when I say he’s got a player-friendly playbook, as far as tailoring it toward his players and trying to find a way to (have us) both on the same page.” 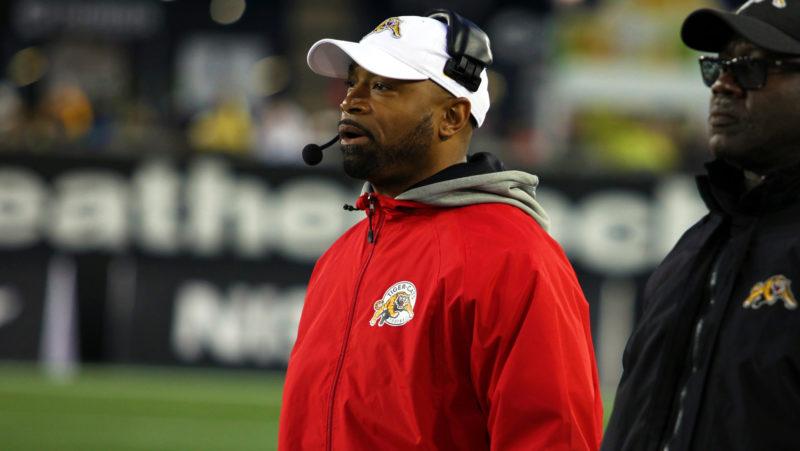 While a lot was made of the success Hamilton offensive coordinator Tommy Condell did with his players, Washington’s impact in The Hammer was equally impressive. The Ticats’ defence under Washington was top five in yards allowed per game (270.3), interceptions (22) and sacks (54) in 2019.

“He has great energy, he’s a great teacher,” Ticats linebacker Simoni Lawrence told CFL.ca’s Chris O’Leary in August. “A lot of coaches are very smart but they can’t get their knowledge to the players. I feel like he does a great job of putting what’s in his head into our heads.

“Sometimes we’re in the game and you can damn near guess the play call before it happens because he’s prepared us so well.”

Kilam has been with the Stampeders for 15 years and has served as the team’s special team’s coordinator for a decade. He was also named Calgary’s assistant head coach ahead of the 2019 campaign.

He first joined the team as a strength and conditioning coach and helped in the coaches’ box midway through the 2005 season. He was named the defensive quality control coach a season later and then became the linebackers coach in 2007. He transitioned into his current role not too long after.

Kilam has won three championships during his time in Calgary (2008, 2014, 2018) and the special teams were a big reason for their latest Grey Cup victory. Terry Williams had a punt return touchdown while Riley Jones forced a fumble on an Ottawa return.

With former special teams coordinators like Mike O’Shea and Craig Dickenson finding success as head coaches, Kilam could be the next man to continue that trend.

The REDBLACKS didn’t have to look too far to come up with Dyce as a candidate. He has served as Ottawa’s special team’s coordinator since 2016.

Dyce began his CFL coaching career with the Winnipeg Blue Bombers in 2003 as a receivers coach. He stayed in that role through 2009 before leaving for the rival Saskatchewan Roughriders, where he started as the team’s receivers coach and passing game coordinator. He wore many different hats with the Riders during his stay from 2010-15, serving as the offensive coordinator, special teams coordinator and even interim head coach in 2015.

When Corey Chamblin was relieved of his duties midway through the 2015 season, the team tapped Dyce to run the team for the remainder of the year. He finished with a 3-6 record. Saskatchewan ultimately decided to bring in Chris Jones to be their HC in 2016 while Dyce made the move to the nation’s capital.