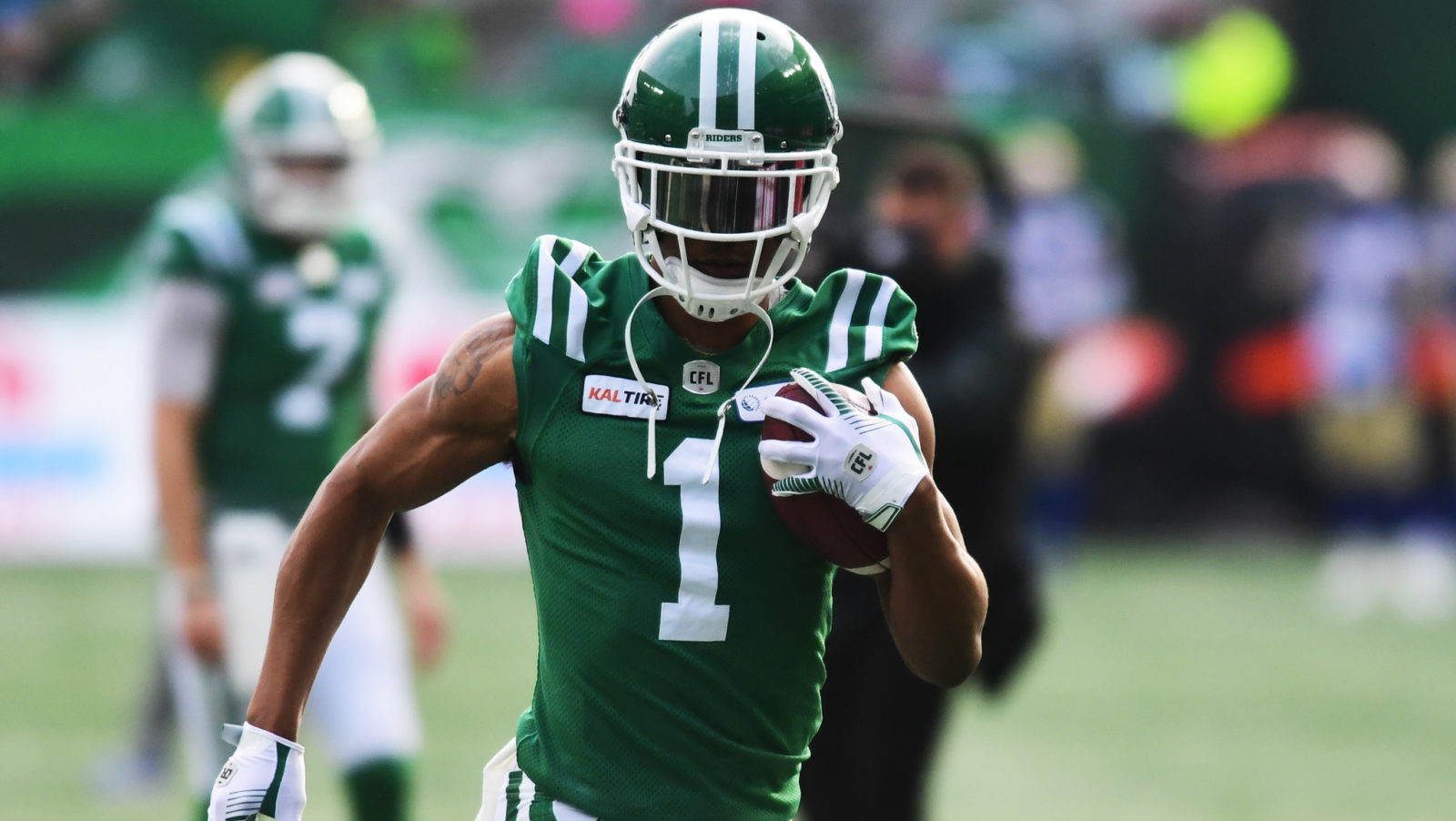 TORONTO — More than 250 players are due to become free agents on Feb. 11, making for a busy couple of months for general managers across the league.

Now more than ever, change is inevitable when it comes to the football off-season. Players are bound to come and go, but front offices must decide which of their core stars are a priority.

Chandler Worthy, Makana Henry, Derek Wiggan and Brandon Rutley have already inked new contracts with their respective teams, but as the holidays approach, which pending free agents should be at the top of CFL team wishlists?

CFL.ca has checked the list and singled out one player that every team needs to try and keep.

As running back William Stanback prepares to test NFL waters, another budding young star the Als don’t want to lose is Eugene Lewis. In his third season in the CFL, Lewis emerged as one of the league’s most dynamic young receivers, recording 1,133 yards and five touchdowns on 72 receptions.

Along with Stanback and quarterback Vernon Adams Jr., Lewis completes a dynamic trio of weapons on an Alouette offence that brought fans out of their seats often in 2019. And make no mistake about it, the 26-year-old was a vital part of such success, drawing four or more targets per game over his final 12 contests — including a season-high 16 in one game vs. Calgary.

The REDBLACKS hold the first overall pick after a three-win season, their worst since a two-win campaign in 2014 as an expansion team. That means change is on the way, as General Manager Marcel Desjardins will settle on a new identity this off-season, presumably starting at both head coach and quarterback.

One area of continuity should be the offensive line, where the REDBLACKS often started five Canadians last season. They boast the deepest group of national talent at the position in the CFL, with Mark Korte, Evan Johnson, Alex Mateas, Jason Lauzon-Seguin, Philippe Gagnon and Nolan MacMillan all capable of starting games. Starting Canadian linemen are as valuable as anything in the three-down game.

Take your pick between centre Sean McEwen and defensive tackle Cleyon Laing. The Argos’ defence struggled to set the tone throughout 2019, but Laing quietly had another effective season in the Double Blue, sacking opposing quarterbacks seven times — the second-highest in his career.

Teams generally start at least one Canadian on the interior of the defensive line, but finding a dominant player like Laing, who’s known for his physical, aggressive style, can be challenging. An original Argos draft pick, the 29-year-old is an important part of the team’s national core, and likely the best hope of Corey Chamblin getting his defence back on track in 2020.

There are a few names here that really stand out, including Dylan Wynn, who led all interior linemen with 11 sacks his first season in Hamilton. But the Ticats’ meal ticket was their league-leading offence, which thrived on the ability of Bralon Addison and Brandon Banks to turn short passes into long gains.

With 95 catches for 1,236 yards and seven touchdowns, Addison not only ranked among the CFL’s most productive receivers in 2019, but was also one of the most relied upon, averaging eight targets per game. Having just turned 26, Addison is reaching his prime years and should have many good seasons ahead for the Black and Gold.

Andrew Harris may have won Grey Cup Most Valuable Player, but Willie Jefferson‘s contributions on the defensive side of the ball were no less significant. Jefferson was an unstoppable force off the edge, recording three sacks and two forced fumbles while helping the Bombers generate pressure even on three- and four-man fronts, a key to their championship effort.

Jefferson’s performance on the big stage was one for the ages, yet not unexpected given his impact throughout six CFL seasons. The 28-year-old has a skill-set that is unique to the CFL, and can impact a game like no other defensive player in the league. There’s no doubt that Jefferson will become one of the top-ranked free agents should he reach the open market on Feb. 11.

Though certainly deserving of an NFL tryout this off-season, the Riders would love to have Shaq Evans back in their offence in 2020. The 28-year-old made leaps and bounds in his second CFL season, catching 108 passes for 1,334 yards and five touchdowns while becoming the team’s true No. 1 receiver.

Evans’ consistency and ability to get open played a key role in Cody Fajardo‘s emergence as a young star quarterback, something that needs to be considered for the Riders this off-season. Every developing quarterback requires a go-to option and Evans and Fajardo have grown into a dynamic quarterback-receiver duo. Evans has top-three potential at his position.

The most impactful offensive player on the 2020 pending free agent list might be Reggie Begelton, who broke out with 1,444 yards and 10 touchdowns in his first full season as a starter. From Eric Rogers to Kamar Jorden, the Stampeders have produced some of the CFL’s brightest receiver stars over the years — and Begelton might even be the best.

It’s no secret the NFL could come calling for Begelton, who just turned 26 in August. Yet his return would give Calgary one of the most dynamic receiving tandems in the CFL, with the up-and-coming Josh Huff and a strong Canadian contingency also in the mix. Most of Calgary’s 2019 starters are set to return next season, making Begelton by far the biggest question mark.

Change is coming for the Eskimos, who face a long list of pending free agents including Josh Johnson, Larry Dean and Don Unamba on the defensive side of the ball. All three would be worthy choices for this list, but 24-year-old Hunter should be a top priority for General Manager Brock Sunderland.

In just his second season in the league, Hunter emerged as a regular starter on one of the league’s best secondaries in 2019. He’s a confident, physical player with room to continue growing into one of the better defenders league wide. For a team looking for some carryover on the defensive side of things, losing Hunter would be a setback.

Outside of Bryan Burnham, the Lions’ receivers underwhelmed in 2019, likely leading to the departure of Duron Carter who was released in November. Ed Hervey will look for another impact American this off-season, but should have a talented and diverse trio of Canadians to lean on in 2020 with Lemar Durant, Jevon Cottoy and Shaquille Johnson — if Johnson can be re-signed.

Johnson quietly put together one of the best seasons of his career catching passes from Mike Reilly, totaling 597 receiving yards and two touchdowns with 15.3 yards per catch. The 26-year-old is just entering the prime of his career and has the speed and all-around skill-set to reach a level he has yet to see.